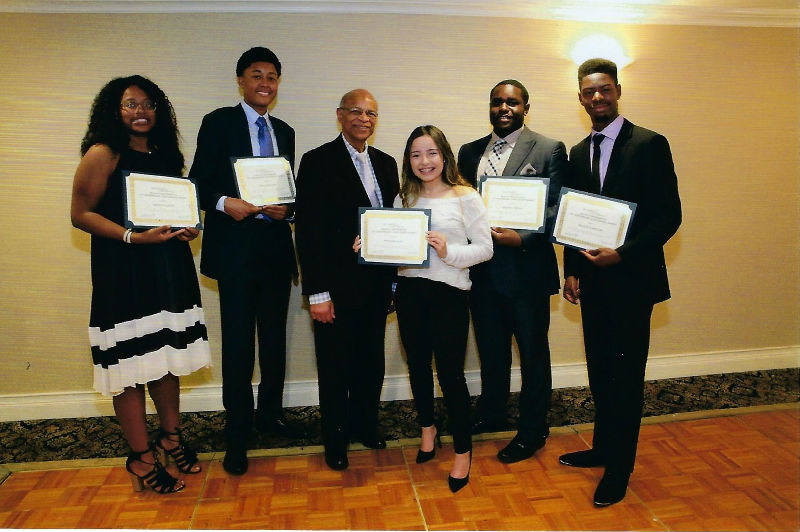 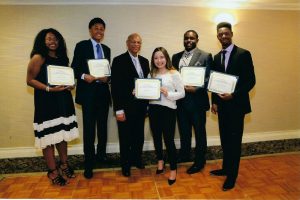 McCall’s Bronxwood Funeral Home marked its 50th anniversary by awarding $60,000.00 in scholarships to college bound graduating seniors and young men and women already attending college. The family owned business in the Bronx, NY held a Black-Tie gala event this past December themed “50 Years, $50,000.00 in Scholarships”. It was so well received by the community that the funeral home was able to set aside an additional $10,000.00 contribution to the U.N.C.F.

It all began with the formation of an Anniversary Committee made up of local leaders, clergy and opinion makers. They met over a series of informal dinners in local eateries, planned a program, got out the word, solicited small contributions, printed a quality “keepsake” journal and marveled at the fact that nearly 400 people were willing to pay a substantial price to be wined, dined and entertained for the “cause”.

The business came into being when three entrepreneurs from the era of the Great Depression, scraped together enough money to provide a well-needed funeral home in the community. Of course, young James Alston had the privilege or the burden as a new law graduate, to be there for the “laying of the keel” and the launching of the ship that proudly continues to sail these 50 years later. The Founders were all about “relevance”, and Alston has always emphasized that the funeral home is a unique member of the “Village” from which it draws its clients. The business advanced without the safety net of a bank or any other financial institution.

At the December celebration, platitudes were exchanged, a page from the Congressional Record commemorating the event was presented, Westchester County Legislators presented proclamations and the Souvenir journal documented several letters of felicitations from as far away as the Governor General of Jamaica, W.I. to prime ministers, ambassadors, assemblymen, District Attorneys, Governors, Congressmen, and other local politicians. Salutations also came from several members of the Clergy, other funeral homes, local businesses as well as individuals, friends and family members.

It was an extraordinarily good time for family, friends, business colleagues and competitors.

Patricia Myers, the general chairperson and Manager of McCall’s Bronxwood, put the celebratory events in motion in June 2016 and it culminated in the hosting of an awards dinner this June, exclusively for students and parents, at Eastwood Manor, by McCall’s Bronxwood 50th Anniversary Committee. Five $10,000.00 scholarships were proudly awarded to deserving High School Seniors.

It was a tough call to narrow down the list of over twenty well-qualified and deserving students to the fortunate five, viz Brenda Alves, Da’Jour Brown, Danielle Clayton, Sean Fairclough and William Phillips.

Jeffrey Alston, Chairman of the Scholarship Committee and son of James Alston, the owner and CEO of McCall’s Bronxwood, accorded a warm welcome to all present at the evening’s activities. James Alston offered a few wise words to the students and encouraged the parents as the students prepared to leave for college.

The students had the opportunity to take pictures, state their names as well as that of the school from which they were graduating, the college to which they were accepted and their intended major. Of course the evening was filled with gratitude, good wishes and ongoing support.

About the Author
Jennifer P. Lumley is a distinguished Author and renowned Freelance Writer who has excelled in the area as an orator both in the English language and the Jamaican vernacular – patios.
She attended Montego Bay High School for girls and since those early years, has always made a conscious determination to perform above expectation, to orderly arrange to contours of life choices necessary to be more enlightened.
Well-traveled, the Author became favorably disposed to the New York lifestyle and pursued tertiary education at Marymount College (now Fordham University) and has worked mostly as a Financial Advisor, but still has a real passion for writing.