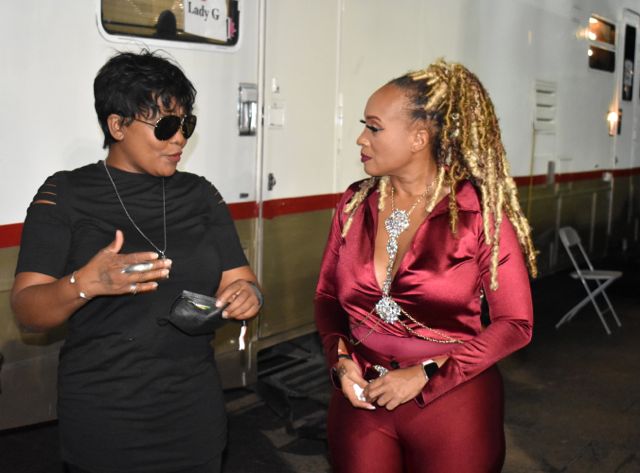 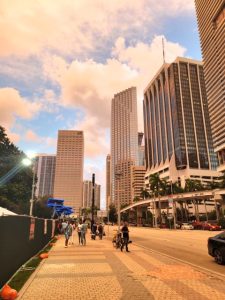 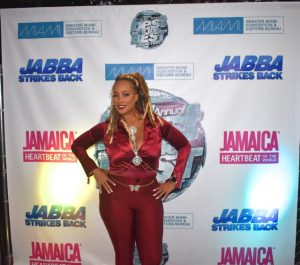 In the run-up to this year’s 15th installment of the Best of the Best, the Festival’s Official Launch party was held back in September at Racket—a trendy, upscale bar and lounge in Miami’s Wynwood district.  Best of the Best—which is normally held over the Memorial Day Holiday Weekend—was re-scheduled to October 10th, Columbus Day Weekend, due to the Covid-19 pandemic.  Miami’s Caribbean Carnival also took place during that same weekend, so needless to say Magic City was absolutely buzzing with energy.

The Miami Airport Marriott Hotel was definitely a hotspot where Best of the Best was concerned in that it served as the check-in point for media personnel as well as artists to perform on the show.  Artist entourages and guests were also seen at the hotel a few hours in advance of the concert.   And of course, many artists were staying at the hotel overnight.  After the conclusion of Best of the Best, a number of artists returned to the hotel to relax, chit chat and hang-out in the lobby late into the night.  Artists seen milling around the Miami Airport Marriott Hotel included:  Tanya Stephens, Lady G, Tarrus Riley, Dean Fraser, Marcia Griffiths, Ding Dong and Ravers Clavers, Safaree, and Skinny Fabulous. 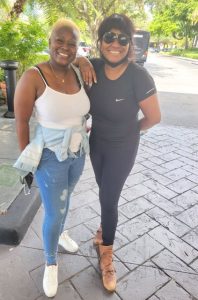 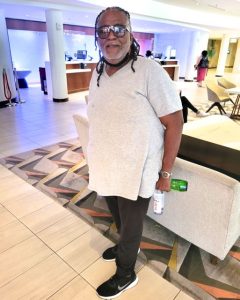 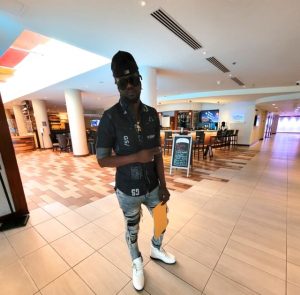 The Best of the Best main event concert at Bayfront Park in Downtown Miami was filled with stellar performances.  The reggae and dancehall segment kicked off in earnest at around 6:30pm with veteran deejay, Lady G, taking the stage.  It did not take her long at all to ‘set di pace’ and get a big rise from the sea of onlookers with her legendary smash hits—‘Nuff Respect’  and ‘Breeze Off’.  Her daughter was also on stage and took the mic briefly so show off her impressive vocal skills with her rendition of ‘Lovin You’—the 1974 soul classic originally done by Minnie Riperton. 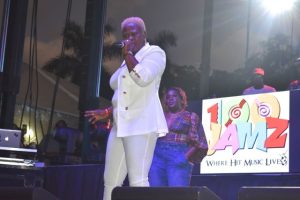 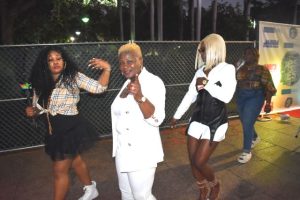 JoMersa Marley, grandson of late reggae icon, Bob Marley, brought some good vibes to the stage.  JoMersa also hailed roots reggae sensations, Kabaka Pyramid and Pressure to join him on stage for a few selections.  Yohan Marley also came on and energized the crowd.  Pressure performed his big hit ‘Love and Affection’, which was a big moment as almost everyone in the crowd passionately sang along. 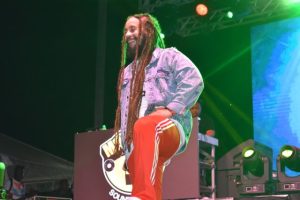 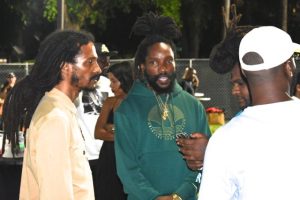 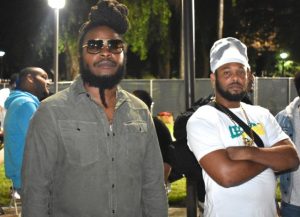 Tanya Stephens took everyone down memory lane by unleashing a ‘bag of big chunes’ much to the delight of the audience—including ‘Handle the Ride’, ‘Boom Wuk’, ‘Big Ninja Bike’, and of course, ‘It’s a Pity’.  Tanya was extremely popular in the 90s with a string of hits that included ‘Goggle’ and ‘Yuh Nuh Ready Fi Dis Yet’. 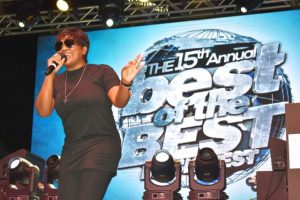 Indeed, Tarrus Riley aka ‘Mr. Singy Singy’ was at his best as he reeled of several of his classic songs, such as ‘She’s Royal’, ‘Never Leave I’, and ‘Human Nature’, which was originally done by the late Pop Icon Michael Jackson.  Dean Fraser and the Black Soil Band played alongside Tarrus, who delivered an enjoyable set. 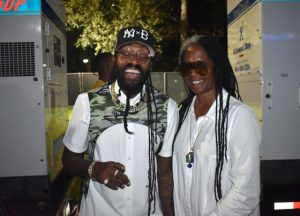 ‘Queen of the Dancehall’, Spice, was electric as usual not only in her butterfly styled stage outfit, but also with respect to her dancers who always never cease to amaze with their array of acrobatic dance moves.  And the crowd certainly was stoked by Spice, who wasted no time in unleashing her Vybz Kartel collab, ‘Romping Shop’, ‘Romantic Mood’, A Suh Mi Like It’, as well as her latest hit with Shaggy and Sean Paul, ‘Go Down Deh’. 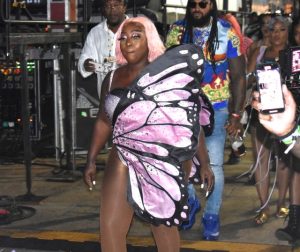 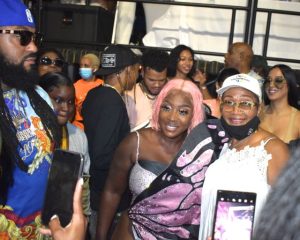 Spice, ‘Queen of the Dancehall’, backstage with  Marcia Griffiths, ‘Queen of Reggae’ – (Best of the Best 2021, Miami, Florida)

The energy meter at Bayfront Park arguably reached its highest level courtesy of Ding Dong and Ravers Clavers.  Ding Dong is a dancehall reggae artist, but was a dancer prior to that.  He founded the dancing syndicate Ravers Clavers which, for more than a decade has captivated the streets of Kingston, Jamaica with a lengthy list of catchy tunes and creative dance moves to go along with the songs.  Perhaps his most notable songs include: ‘Bad Man Forward / Bad Man Pull Up’, ‘Fling Yuh Shoulder’’ ‘Genna Bounce’, ‘Cha Cha Bwoy’, ‘Gas’, ‘Flairy’, ‘Lebeh-Lebeh’, and ‘Gweh’—just to name a few.  Much of the credit for creating these dances goes out to not only Ding Dong, but also Wiz Ravers (‘Fling Yuh Shoulder’), Dancy Ravers (‘Cha Cha Bwoy), Silent Ravers (‘Flairy’), Desha Ravers (‘Gweh’).  It would be remiss not to mention that Ding Dong was also instrumental in the concept behind the ‘Wacky Dip’ song and dance move, which was an ode to the late Gerald ‘Bogle’ Levy—arguably Jamaica’s greatest dancer of all time.  These dance moves were on full display as soon as Ding Dong and Ravers Clavers took the stage.  Hype Man, Bravo Ravers, was in top form with his catchy phrases that amp up the dancers while strutting their stuff.  Ding Dong also referred to himself as a ‘mad man’ before taking his act directly into the crowd for an up close and personal interaction. 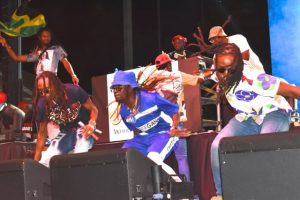 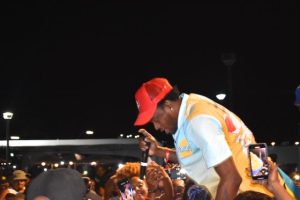 Ding Dong up close and personal in the crowd – (Best of the Best 2021, Miami, Florida) 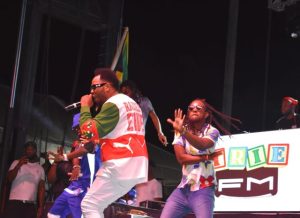 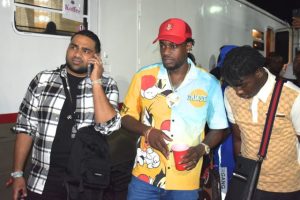 All told, Miami’s 2021 Best of the Best Music Fest was an epic one, and the large sea of attendees that stretched back from the stage as far as the eyes could see was evidence of a fantastic show.  What’s more, several big name artists and personalities who were not on the show to perform were seen hanging out backstage amid the continous energy and excitement at the festival. In recognition of the Festival’s 15th Anniversary, maximum respect goes out to Best of the Best concert co-founder, Jabba, (from New York City’s Hot 97 radio station) and Best of the Best publicist, Ronnie Tomlinson (who was also publicist for Buju Banton’s Long Walk to Freedom Tour kick-off concert in Kingston, Jamaica back in March 2019).  This year’s staging was a memorable one which attracted festival goers from far and wide—especially in light of the travails of the Covid-19 pandemic which caused the original Memorial Day date to be pushed back to last month. 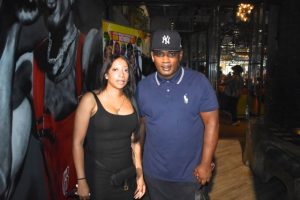