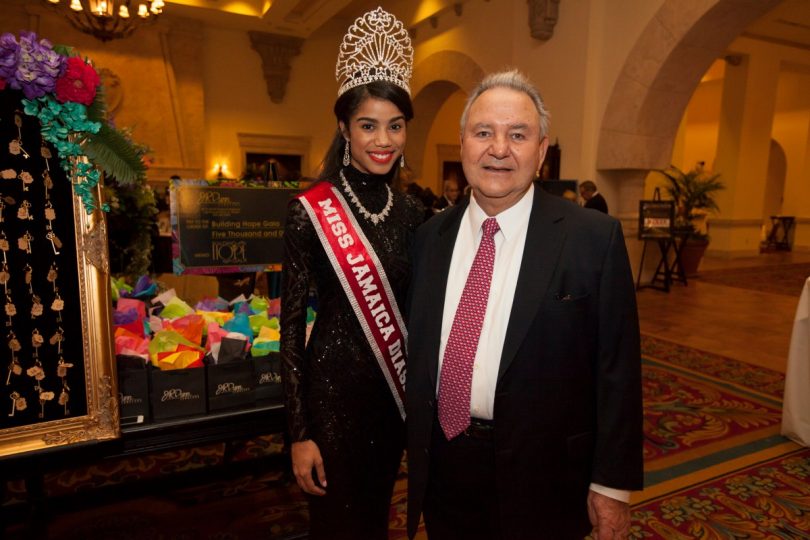 Miss Jamaica Diaspora 2016 contestants visited Food For The Poor’s headquarters in Coconut Creek today to learn about the organization’s mission to help serve the destitute in the Caribbean and Latin America.

During the visit, the contestants heard about the harsh realities of life in developing countries, which included firsthand stories from the South Florida-based charity’s President/CEO, Robin Mahfood, who was raised in Jamaica.

“We commend the Miss Jamaica Diaspora pageant for promoting volunteerism to their contestants and we are honored to be granted this opportunity to show the contestants what Food For The Poor does, especially in their homeland of Jamaica,” said Mahfood.

The women attended a presentation and took a tour of the Charity.

“Being here has inspired me to give my time back for the opportunities I have been given,” said Ghenelle Grant, a Miss Jamaica Diaspora contestant born in Spanish Town, Jamaica. She told the group how her family was personally helped by Food For The Poor after a hurricane hit the country years ago, as she wiped tears from her eyes.

Mahfood explained how families who live in poverty do not have the luxury of access to water in their homes with a simple twist of a faucet. As part of their daily chore, young girls in developing countries often must not attend school in order to be able to walk miles a day to gather water for their families to drink, cook, and clean.

“If you are not educated, it is hard to rise above a life of poverty,” said Mahfood. “Here, we are trying to educate the youngest generation how to make a profit, so they can have the opportunity to rise above poverty and live a better life.”

Another contestant traveled all the way from Delaware to participate in the pageant.

“This visit has been eye-opening for me,” said Laureen Taylor. “It gave me a whole new perspective on my life and has encouraged me to be more appreciative of the little things in life.”

As the contestants toured Food For The Poor’s headquarters, they learned about housing, water, and educational projects provided by the charity’s donors.

The visit was especially meaningful because both the contestants and Food For the Poor’s legacies started in Jamaica. In order to be able to enter into the Miss Diaspora pageant, contestants must have been born in Jamaica or have one parent of Jamaican descent. The winner and first runner-up of the pageant are automatically finalists in the Miss Universe Jamaica pageant.

In 1982, Food For The Poor started out as a small feeding program in Jamaica, and since then has grown exponentially to become one of the largest international relief organizations in the world.

The reigning Miss Jamaica Diaspora 2015 Rohannia Mooyin, is also familiar with Food For The Poor’s mission. She has attended several of the charity’s events, including the 2016 Building Hope Gala in Boca Raton, FL this past February.

The coronation of Miss Jamaica Diaspora 2016 will be Sunday, July 24th at 7 p.m. at the Sunrise Civic Center Theatre, 10610 W. Oakland Park Blvd, Sunrise, Fla., 33351. The winner of the Miss Jamaica Diaspora 2016 competition becomes an advocate for the charity arm of the pageant, The Galleon Foundation, which provides financial scholarships to disadvantaged children in the USA and the Caribbean.

Food For The Poor, one of the largest international relief and development organizations in the nation, does much more than feed millions of the hungry poor in 17 countries of the Caribbean and Latin America. This interdenominational Christian ministry provides emergency relief assistance, clean water, medicines, educational materials, homes, support for orphans and the aged, skills training and micro-enterprise development assistance, with more than 95 percent of all donations going directly to programs that help the poor.

The reigning Miss Jamaica Diaspora 2015, Rohannia Mooyin, with Food For The Poor President/CEO Robin Mahfood at the 2016 Building Hope Gala in Boca Raton, Fla. this past February. 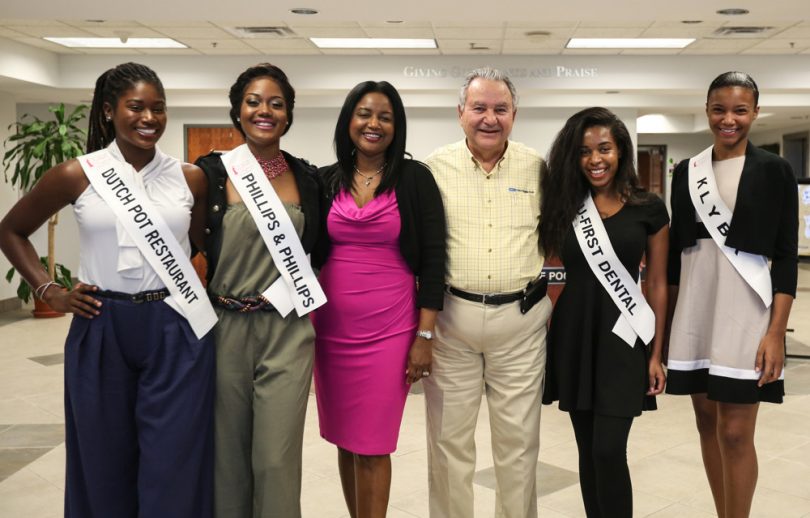 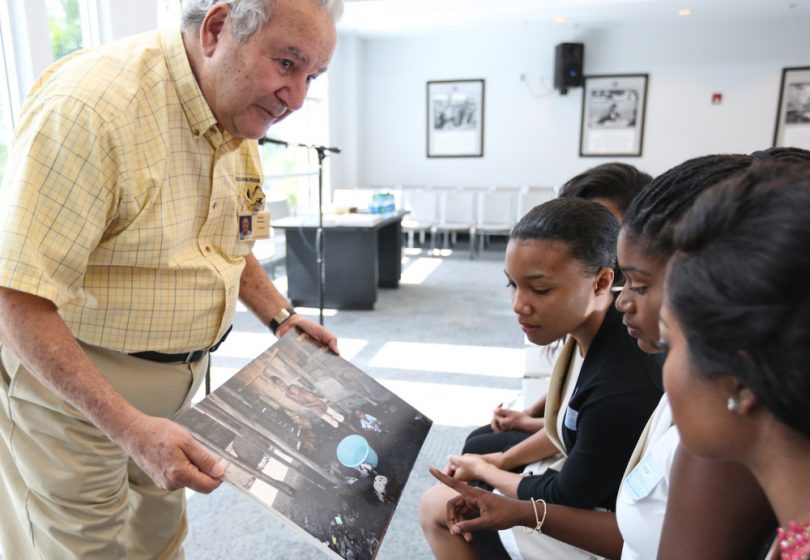 During the visit, the contestants heard firsthand stories about the harsh realities of life in developing countries where Food For The Poor serves from the organization’s President/CEO, Robin Mahfood, who also was raised in Jamaica. 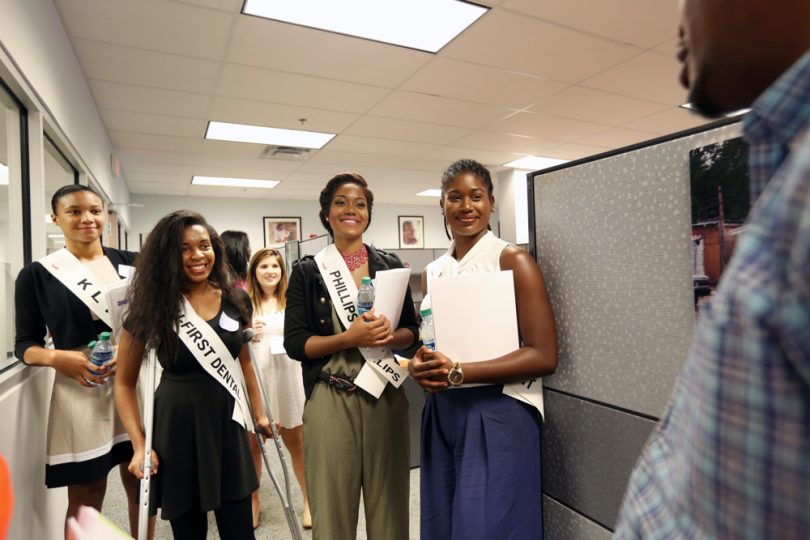 The Miss Jamaica Diaspora contestants were all smiles as they heard about the many housing, water and educational projects Food For The Poor provides in Jamaica thanks to its many donors. 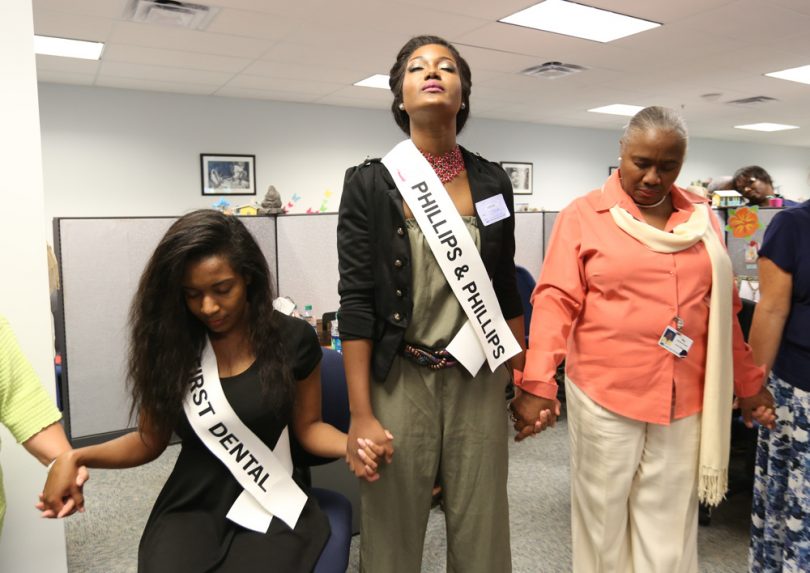 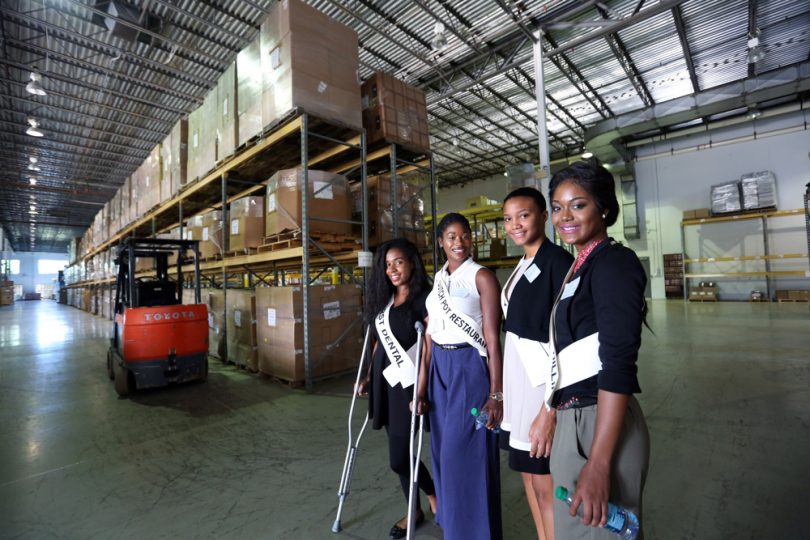 (L to R) Miss Jamaica Diaspora 2016 contestants Lauren Mcgarett, Janine Gordon, Genelle Grant and Laureen Taylor toured the headquaters of Food For The Poor, including the warehouse where donations are stored before distribution.
Rate this post