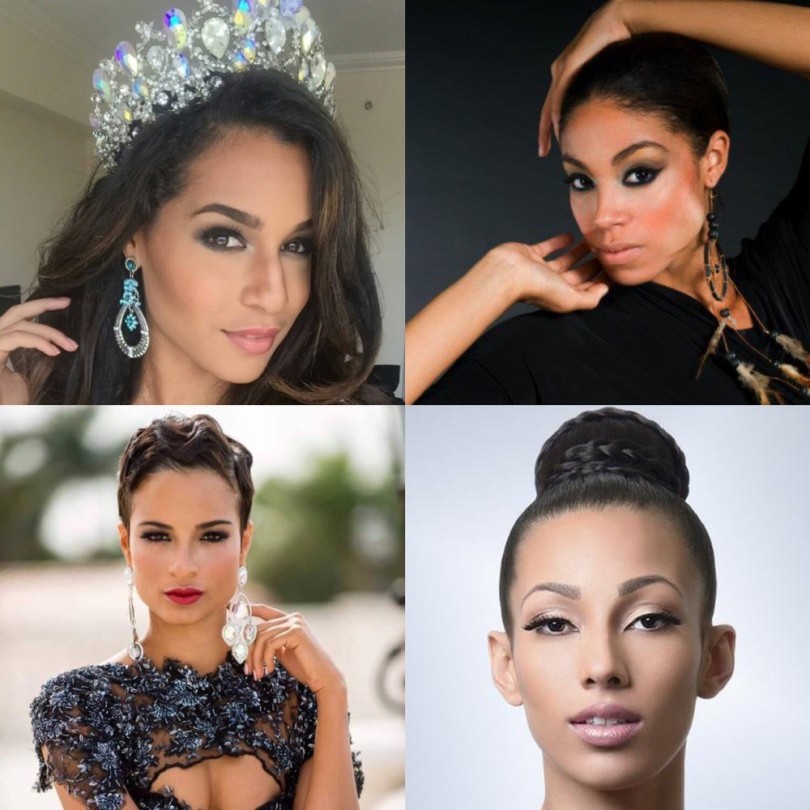 Let me state that I am NOT a Writer, just putting my view out there. I am a Professional Photographer & been a part of The Film, Broadcast & Pro Video Industry for over 30 years and the same criteria the Industry seeks in Models and Actors are some of the same as below.

So the usual story is that Jamaican Beauty Pageants Favour Light Skinned Beauties, yup EVERY single year we hear the same stale old story, no matter what shade the girl skin is, onlookers complain about something, yes even when she Black… (and yes remember Pool Side when oonu same one did a say “Whey da lilly Black one a enta fa!)

So mek we look at this.. as far as mi memory serves these are the “Black” past winners of the Miss Universe Jamaica Competition – 2011 Shakira Martin, 2007 Zahra Redwood, 2005 Raquel Wright, 99 Nicole Haughton, 97 Nadine Thomas, 96 Trudi Ferguson, 94 Angelie martin, 92 Bridgette Rhoden and April Jackson, the list probably goes on so help me and add them below if there are more? Or is that them there Black no Black enough?

To all those who complaining still? I personally beg you to train your candidate and enter her !
If they don’t enter they have no chance but done know the following..
Bring a candidate who can,

Now think on the above carefully as you think about your friend, niece, daughter, sister, aunt, female wannabe and be truthful (Cause we know you lie and tell them that them “Flawless” & pretty etc but you really did just want a piece or want them to feel good about them self. But truly see how many of the women you have favored as your choice and see how they stack up against the last 3 winners of the Miss Universe Jamaica Contest.

BTW why any of you want to change the people them Contest? When Mitsubishi have an Evolution Race why you want to enter a Lada? It them say is a Vegetarian Restaurant why you quarrel that you can’t get a Steak? Mi never see a Donkey at Caymanas Track, If you want an Alek Wek (BTW I think she is a beautiful Model) Contest then start one cause mi sure that a Cindy Crawford, Heidi Klum or Kate Moss type girls won’t be fighting to change the look that the Organisers want.

To the idiots who says “She does not represent the majority of Jamaicans because she too light skinned” I will bet that you failed Reading & Comprehension. To “represent” does not mean people need to look like you it means they assume a Role that will represent us taking part in a Contest!. Just like Athletes, Musicians, Doctors, Students, Professionals etc. do you think they all look like they were all born in Africa? oops but then the people of different regions of Africa can look so different, yes different from you.

For all the young women who have entered or who might enter, take some of my advice above, watch the past years of the contest and compare notes of why the young lady won. Do train your body and mind for at least one full year before, as the time between (IMHO) the recruiting and the contest is too short to adequately prepare. The worst case is that you will have a fabulous body and awesome smarts. To those who feel they need to compromised their Integrity in order to win or do not like how this or any other contest is run, you have plenty of time to quit before going too far.

BTW there is no truth that winners are selected ahead of time, that is why there are several Judges and an Auditor at the show, Interviews and evaluations are done at various intervals and then it all adds up with the final presentations at the Coronation show.

But let me finish here cause mi can go on and on, just want to let you know that mi back broad and mi not worried, whether you pissed or disagree or not but a suh it really go and is the same people who keep drawing the “Black Card” who really is undermining the true development of our people, politics, business and Country not anyone else but you.. a suh the ting set, so later cause we know seh Bad Mind is an awful thing and with all of this my greatest hurt as a Jamaican born at the Port Antonio hospital is that we pretend to be proud to be Jamaican yet we spit at out National Motto “Out of many one People” ! Wha dem sey.. “One Love”? … sigh.