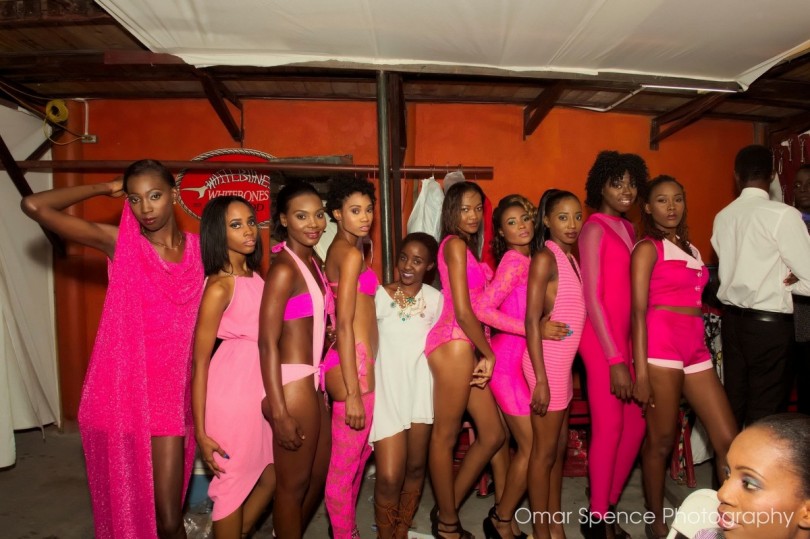 The audience, who were modest in their responses to the other fashion lines on display, became ecstatic when the Liquid Gold Models strutted the runway in daring lingerie, and bikinis from the Pink Instinct Line.

Of note, is an itsy bitsy pink swim trunk worn by one of the male models which triggered loud cheers from the female patrons.

But the signals of audience approval, laughter and cheers could easily contrast with the chaotic environment backstage as T’ka prepared each model for the runaway, strategically ordering them to ensure a consistent presentation.

“The audience cheers and applause as the models strut the runway in my pieces gave me an overwhelming feeling….as a budding designer, my goal was always to stand out and please the viewers,” T’ka said while diligently gathering all 21-pieces after the show.

The 3rd year fashion student, who has been designing for more than five years, said she was nervous since she knew noted fashion experts featured on Television Show, Mission Catwalk were present at the show.

But her nervousness and keen attention to detail paid off. Immediately after the show ended, the exact persons she had intended to woo, approached her to do future business, including an executive from the Saint International Modelling Agency.

“I would like to thank the Liquid Gold Modelling Agency once more for allowing me to be one of the featured designers. (I will) continue producing quality garments…building Jamaica, by building Chalayne Collection,” T’ka said.

She’s expected to feature her Buns and Bikinis Line at a similar showcase in April. 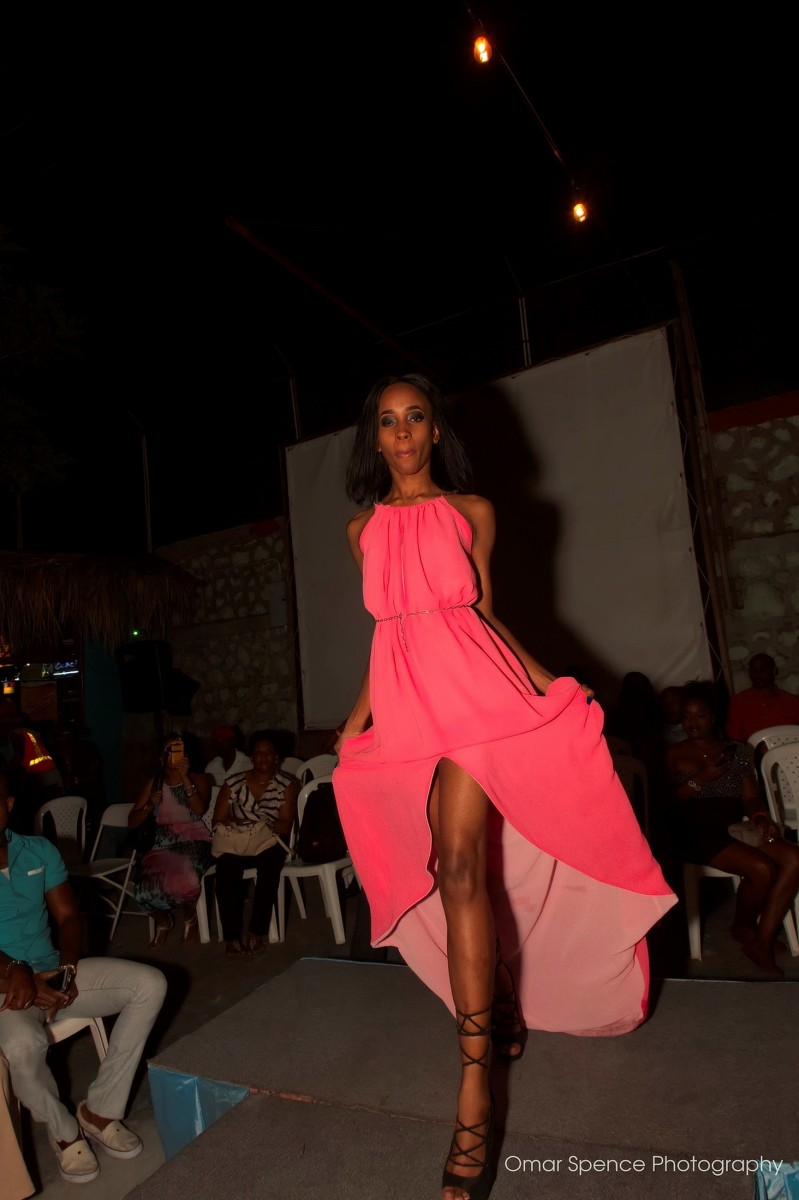 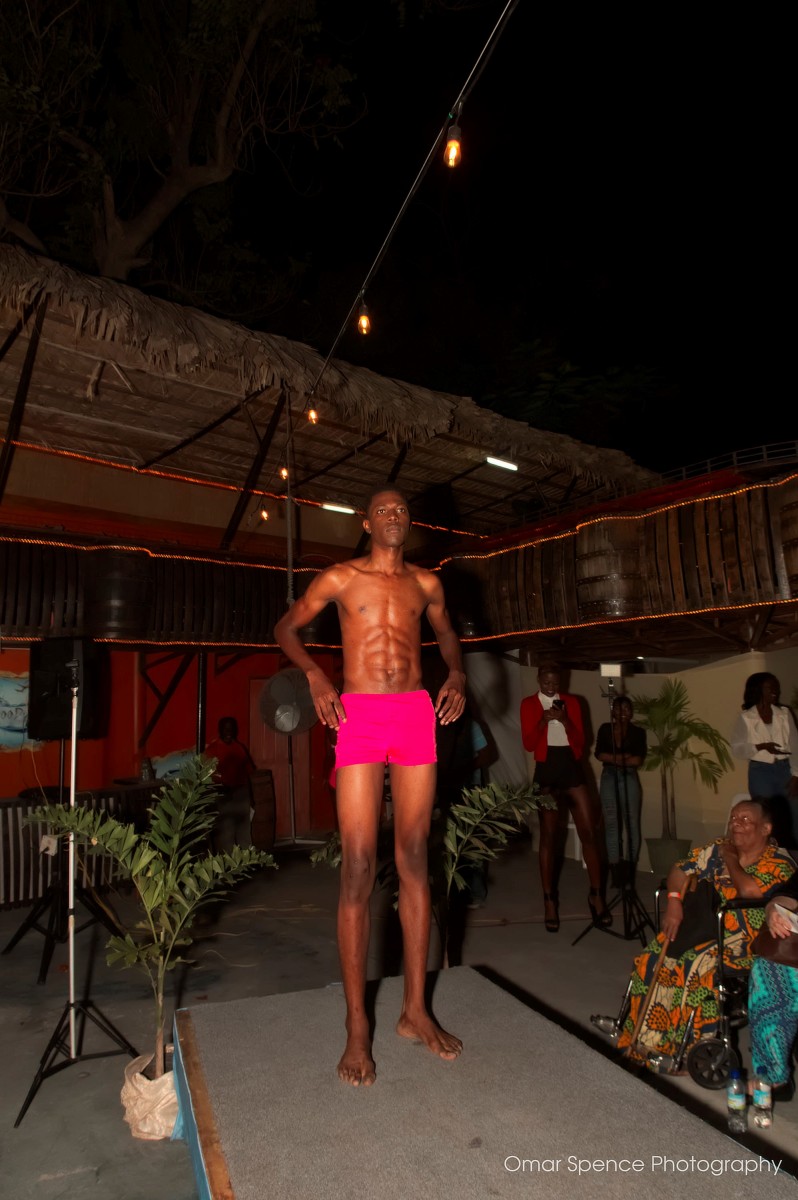 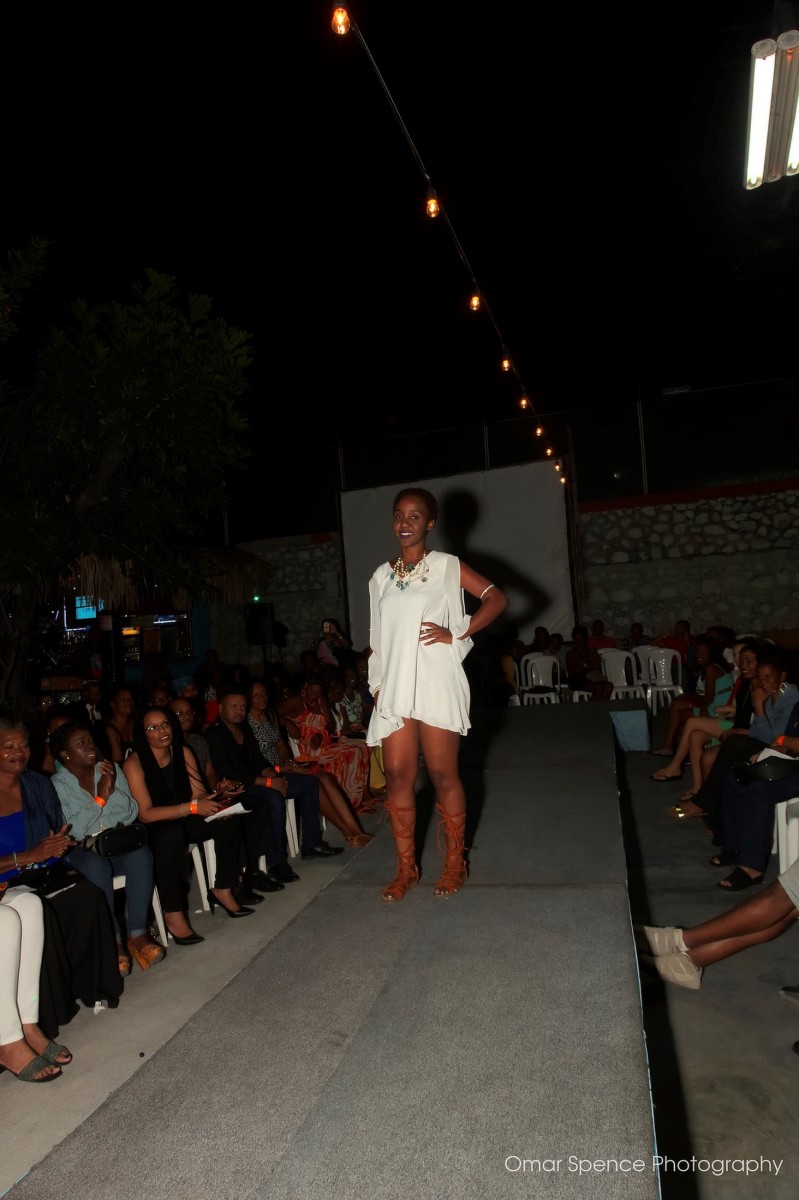