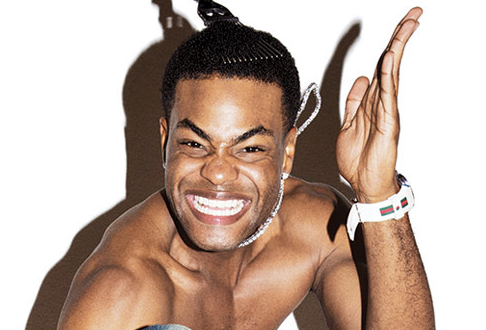 Jamaican American actor Andrew Bachelor, 29, stars in the new film “Where’s the Money,” a comedy written by Ted Sperling and Benjamin Sutor and directed by Scott Zabielski, which is scheduled for release on October 20, 2017. The film from Rivers Edge Films began shooting on June 1, 2016, in and around Los Angeles.

Bachelor was born in Toronto to his parents Ingrid Mourice and Byron Bachelor of Jamaica; both are accountants. He has one sister. When he was two years old, the family moved to West Palm Beach, Florida, where he attended Coral Springs Charter School. Upon graduation, he went to Florida State University and was a high-jump athlete. After graduating in 2010 with a business management degree, he enrolled in a New York Film Academy graduate program, but dropped out and decided to move to Los Angeles where he studied improvisational theater at The Groundlings.

In 2015, he was the most-followed person on Vine and had received over 16 million followers . He is also known for his YouTube channel BachelorsPadTV. His Vine stardom resulted in his signing with UTA and attaining a recurring role in “House of Lies.” He was also a recurring cast member on “Wild ‘n Out” on MTV2, a series regular on the Adult Swim series “Black Jesus,” a had a recurring role on “The Mindy Project.” He did a turn as a special guest host on the revival of “Punk’d” on BET. Bachelor portrayed a fictional version of himself in the film “We Are Your Friends” in 2015.