How Much Do You Know about Alexander Bedward? - Jamaicans.com 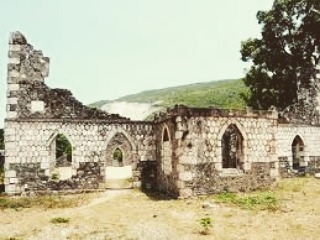 Alexander Bedward, who was born in St. Andrew in 1848, was known as the ‘Lord of August Town.” He was the namesake of Bedwardism, a religious movement also known as the Jamaica Native Baptist Free Church, which was founded by Harrison “Shakespeare” Woods, an African-American emigrant to Jamaica, in 1889. It was one of the most popular Afro-Jamaican politico-religious movements in the country between the 1890s and 1920s. Bedward was a Revivalist who identified with Paul Bogle, a National Hero of Jamaica and a Baptist leader of the Morant Bay Rebellion in 1865, and called for changes in race relations in Jamaican society. He was arrested for sedition, but sent to a mental asylum instead of prison. Upon his release, he continued his revivals and healings and urged his followers, who at one time totaled some 30,000 people, to be self-sufficient. In one dramatic incident, he convinced his followers that they could fly back to Africa if they climbed into a breadfruit tree in August Town. The people wanted him to demonstrate this first, however, and as he attempted to do so, he fell and broke his legs and went to the hospital instead. In 1921, Bedward and 800 followers marched to Kingston prepared to battle their enemies. They group was arrested, and he was again sent to the asylum, where he remained until his death in 1930. Many of his followers became followers of Marcus Garvey, committed to demanding an end to colonial and white oppression.