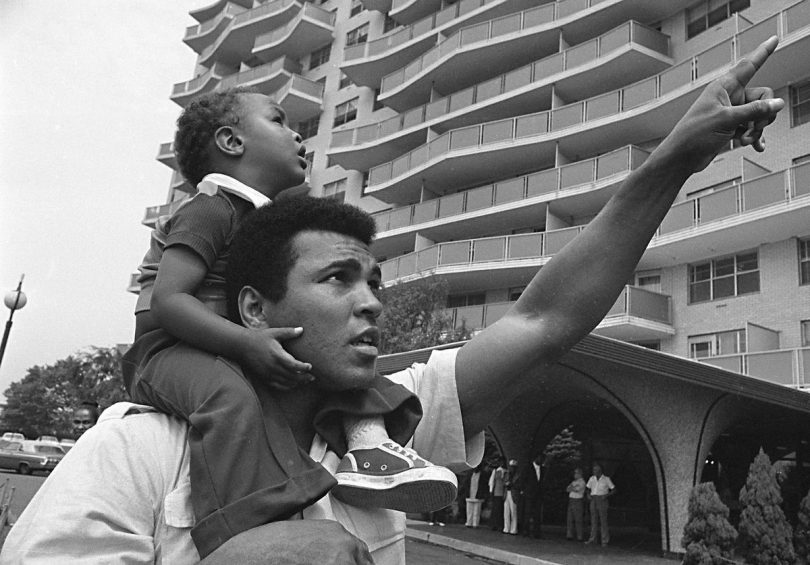 Muhammad Ali, Jr., 44, was detained for several hours at an airport in Florida as he returned from a trip to Jamaica. According to his friend and attorney Chris Mancini, the son of boxing legend and activist Muhammad Ali, was born in Philadelphia, Pennsylvania, and has a United States passport. He was held for questioning at the Fort Lauderdale International Airport on February 7, 2017, because of his “Arabic-sounding” name. Also detained was his mother Khalilah Camacho-Ali, who was traveling with him. She is Muhammad Ali’s second wife. Camacho-Ali was released after showing the authorities a photograph of herself with her ex-husband. Ali Jr. did not have a similar photo and was held for almost two hours during which he was repeatedly asked where he got his name and whether he was a Muslim. When he informed the agents that he was a Muslim like his father, he was questioned even further. Mancini said that the Ali family believes the detentions are “clearly” related to the efforts of the Republican Administration to ban all Muslims from entering the country. The travel ban was halted by the US Ninth Circuit Court of Appeals, but the Administration is reportedly developing another version. The Ali family is attempting to determine how many others were stopped and similarly questioned, with an eye toward filing a federal lawsuit regarding the issue.