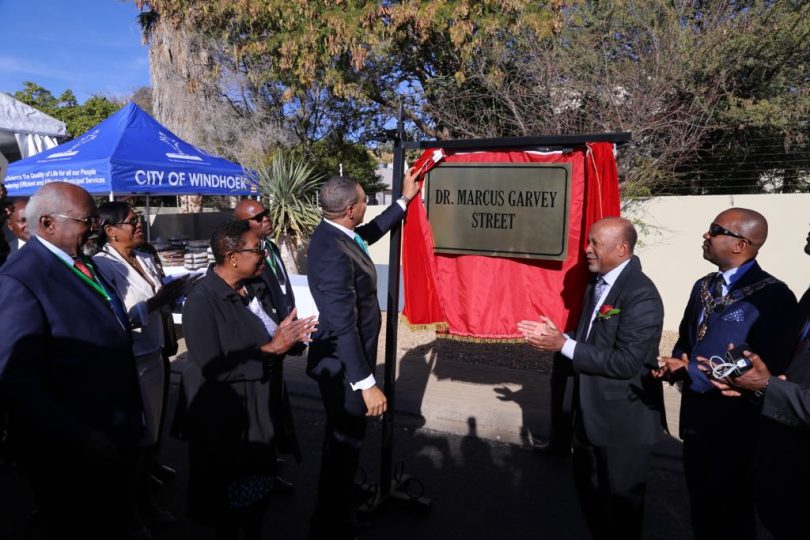 In January of 2018, Namibia voted to rename Babs Street in its capital city of Windhoek in honor of Jamaica’s first national hero, Marcus Garvey. Garvey, who was an advocate of black nationalism in the United States and Jamaica led a mass movement known as Pan-Africanism and founded the Universal Negro Improvement Association and African Communities League (UNIA-ACL).

The Jamaican national hero also founded the Black Star Line, a shipping and passenger line that promoted the return of the African Diaspora to their ancestral homes. According to a statement from the Namibian government, renaming the street after Garvey is expected to have a positive effect on the relationship between Namibia and Jamaica. The move is believed to remind citizens of both countries of “where our forefathers have come from and where the next generation needs to go so as to merge the two nations as they are vying for their rightful place in the new world order.”  The street was selected for renaming because it is home to the office of the Jamaican consulate and also connects with the street named in honor of Jamaica’s first female Prime Minister, Portia Simpson Miller.

Jamaica’s current Prime Minister Andrew Holness welcomed Namibia’s action, stating that it represents a way to re-establish the bonds of black people throughout the world. Holness went on to say that the action symbolizes the geo-cultural and spiritual unification of the two nations. He also noted the importance for African people who are dispersed in places like the Americas and the Caribbean to unite in a gesture that re-establishes the “original bonds of family and shared destinies. It is a truly good feeling that augurs well for ongoing and future collaboration,” Holness said. The Jamaican Prime Minister said that naming a street in Namibia’s capital city in honor of Garvey demonstrates the value of his contributions in countering the negativity faced by black people in Africa and the Diaspora. Jamaica and Namibia also agreed on a program to waive visa fees and to work together to improve trade, investment, sports, and culture.