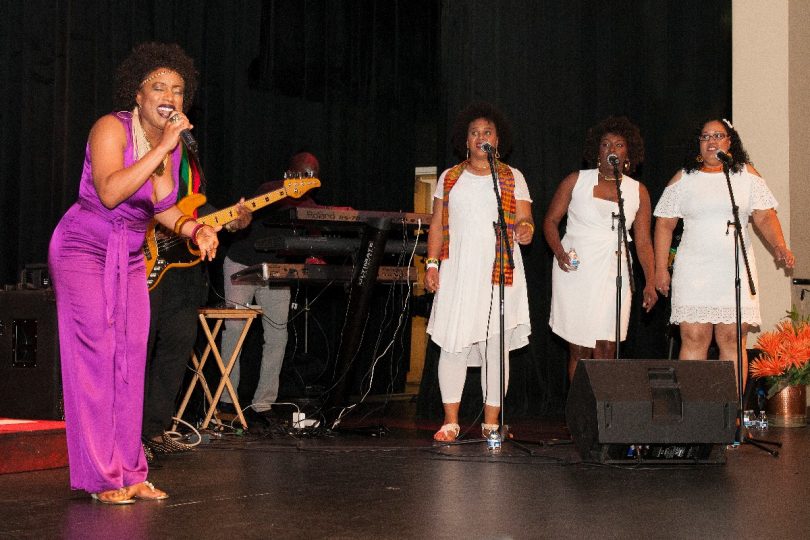 Reggae artiste Kristine Alicia launched her second album “Songs from Zion” at an event for the African American Research Library in Fort Lauderdale, Florida, on February 16, 2017. The party was attended by more than 200 guests one day ahead of its official global, digital release on Friday, February 17, 2017, when it was made available on iTunes, Spotify, Pandora, YouTube, SoundCloud and other platforms. The album debuted at Number 22 on the Top 100 Reggae Chart at iTunes, and by Friday night, it was ranked at Number 13. It rose to Number 8 by Saturday night and currently is listed at Number 14. Several singles and official music videos from the album had been released before the official launch, which occurred almost ten years after “Get Ready,” Kristine Alicia’s debut album. That album received eight nominations at the 2009 Marlin Awards, and in that year, the singer and songwriter won Artist of the Year and Female Reggae Vocal Performance of the Year.

Kristine Alicia has worked with, opened for and collaborated with many of the top musical artistes of today, including Third World, Taurus Riley, Papa San, Etana, Nadine Sutherland, Warrior King and Freddie McGregor. She has performed in Canada, the US, Africa and throughout the Caribbean, most recently on the main stage at the Grace Jamaican Jerk Festival in November 2016..

“Songs of Zion” includes 11 tracks that feature the work and direction of RoryStoneLove and other Jamaicans like saxophonist Dean Frazer, horns player Nambo Robinson, and producer Mikie Bennett, among others. The tracks were recorded with live instrumentation performed by a group of musicians whom Rory calls, with affection, the “Blackites.”

Describing her new album, Kristine Alicia has told her fans to expect a classic Roots Reggae offering that is “rich in inspirational messaging.”