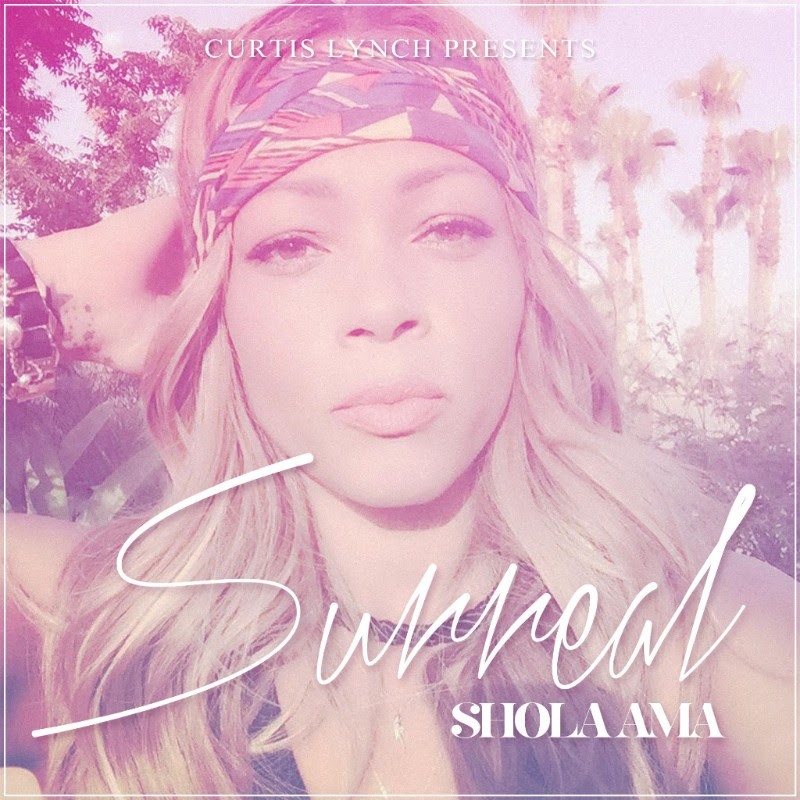 Every so often, a divine body of music overtakes our ears, mind, body and soul. As the fourth quarter of 2015 emerges, a delightful treat awaits Reggae music lovers. In fact, popular UK chanteuse Shola Ama is bound to appeal to all music enthusiasts with the refreshing burst of Reggae Soul embodied on her new EP “Surreal” — which is set for a Friday, October 2 release. On her most anticipated effort to date, Shola Ama once again joins forces with production guru Curtis Lynch, who lays down infectious, nostalgic Reggae rhythms (aka riddims) that flawlessly compliment Ama’s amazingly soulful vocals, for his Necessary Mayhem imprint. The EP has already garnered a huge buzz, in part due to its lead hit single “Let It Go” (featuring Shola Ama, Stush and Big Fris). “Let It Go” sparked a summer frenzy, spawning heavy radio play and media attention.

“I have been working with Shola Ama since the start of both of our careers,” says the EP’s producer Curtis Lynch. “‘Surreal’ has been in the making for years…and to be honest, what makes it really stand out is that it’s a full on Reggae project, carefully built on 100% creative freedom….it’s a true labor of love.”

“Surreal” exudes a fresh sound, which epitomizes the genuine essence of Reggae Soul.  Lynch also describes the effort as “old school with a new school feel.” The EP culminates with the ethereal, yet booming Reggae bass title track “Surreal” and proceeds to take listeners on a wonderful music journey through 8 inspiring tracks.  From tales of love to celebratory music offerings, Ama effortlessly paints vivid stories on “Surreal.”  Over studio one-inspired Reggae riddims, Ama blissfully croons of both young and forbidden love on hot tracks “Puppy Love” and “Somebody’s Somebody.” While “Wait & C” is a funky, pulsating effort, in tune with its Dancehall digital era roots.  And the “irie” and uplifting “Step It” encourages all to feel and move to Reggae’s relentless vibrations.

Celebrated as a well-known R&B star in the UK, Shola Ama seamlessly transitions to Reggae on “Surreal.”  And based on the massive feedback from fans, DJs and industry movers and shakers, the incredibly talented singer completely nails Reggae tunes! “This is some of the best music Shola and I have ever made,” says Lynch. “We always set out to make excellent music that is both musically accompanied by Ama’s great writing and vocal delivery….the mission is always good music for fans.”

Shola Ama boasts a successful career, which spans over 20 years. The accomplished R&B singer has scored a number of hits over the course of her career, kicking off with her break through smash “You Might Need Somebody.” Meanwhile, Curtis Lynch has had quite an impressive production career, launching Necessary Mayhem Records over 9 years ago to offer the world unprecedented Reggae and Reggae influenced music to enjoy. He has produced for a who’s who of the music industry including Gorillaz, Alicia Keys, Etana, Tarrus Riley, Busy Signal, Cutty Ranks, Million Stylez, Mr. Williamz and more.  Many have deemed “Surreal” as Ama and Lynch’s greatest collaborative effort. Listen up!

There is no doubt that the “Surreal” will have fans rockin’ from start to finish. Ultimately, the EP’s diverse sound thrusts it into candidacy for commercial success. “Surreal,” just like the title suggests, is extraordinary and is likely to transcend genres with its appeal.