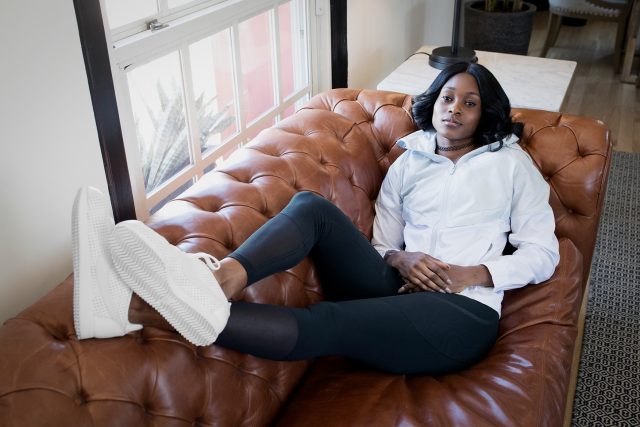 Elaine Thompson is the first Jamaican and the first female sprinter to sweep the 100-meter and 200-meter sprints at the Olympics in the 2016 games held in Rio. From her own experience, Thompson understands how important it is to have athletes as role models, and she says she wants to inspire young female athletes to follow their dreams. Part of her efforts to do this involves sharing her story.Thompson grew up in Banana Ground, Manchester, and ran for two community high schools there. Jamaica’s University of Technology recruited her, and during her time there, she built upon her native running talent. It took her until 2015 for her true abilities to shine, and she ran the 100-meter distance in 10.97 seconds to win the international field. One of the major reasons for her success is her perseverance and attitude. Just because you come in second or third in a race, doesn’t mean you are a loser,” she says, noting that even if you become a champion, you can still work to achieve more. Thompson is motivated by her training partner, gold medalist Shell-Ann Fraser-Pryce, who has had an important part in Thompson’s development as an athlete. Now Thompson is making an effort to be a role model by representing the new Nike Beautiful X Powerful Collection in Nike Magazine for the footwear company. The collection takes its inspiration from female athletes and what they have accomplished through hard work and dedication.