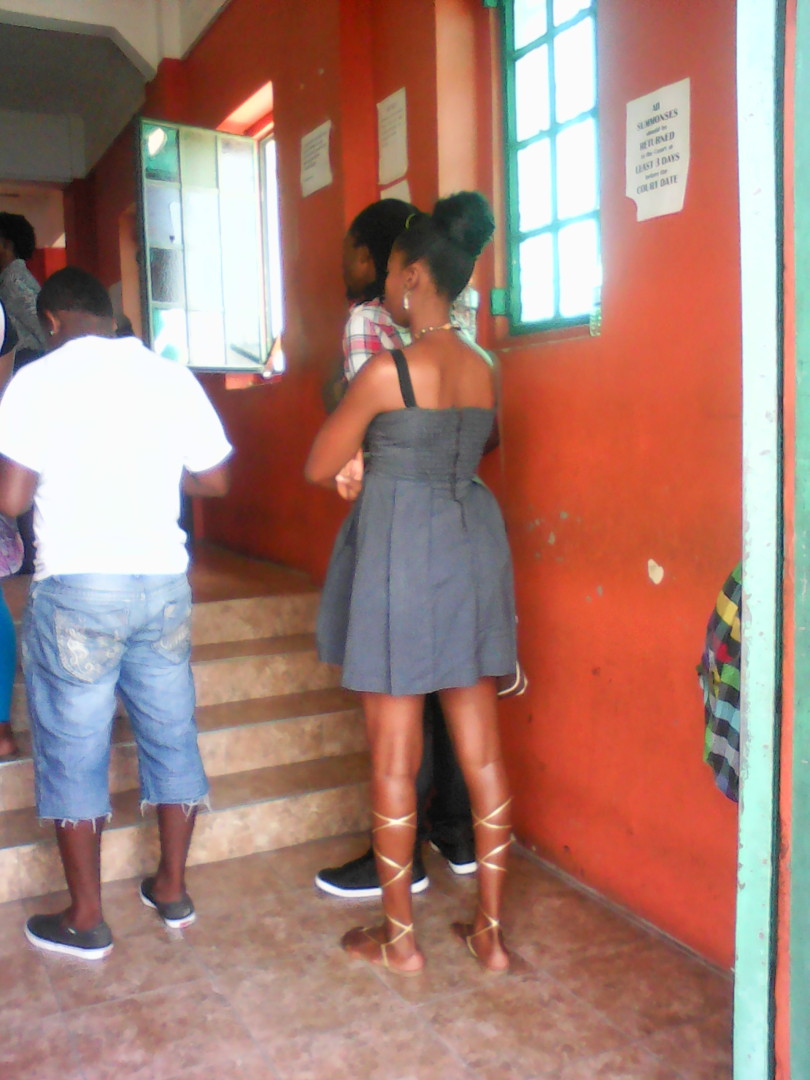 QUESTION: Dear Legal Wiz,
The police at the Sutton Street Court refused to let me in the Court because I wore sleeveless. I was really wearing spaghetti straps and only going to the office to get information.
I was shocked because I wear sleeveless to court in other countries. He and I were going at each other for over 20 minutes because he was rude and insulting asking me if I thought I was at my yard. I want to report him so can you tell me where I should go.
Christine Alveranga RESPONSE; Dear Christine,
Although in plain Jamaican terms, the police might have been a little feisty when he suggested you were acting as though it was your yard, he is perfectly right in reprimanding you. There are set rules on how to dress and wearing spaghetti straps and hopefully you read them.
Regarding the complaint against his ‘insulting’ words, you may visit the police post at the Supreme Court on Kings Street, and lodge your report. Be mindful though that his shock influenced by our Jamaican nature at your dressing may have come out in his reaction,

DISCLAIMER: This column written by the inhouse journalist and research officers is not to be taken as constituting professional legal advice.

A network of professional experts, mostly Jamaicans, from varied fields including as priority paralegal, investigation, research, real estate, construction, arts and entertainment, certified Attorneys (civil and criminal law), journalism. Information is researched, then published, on this site, in the interest of the wider public. Link me here