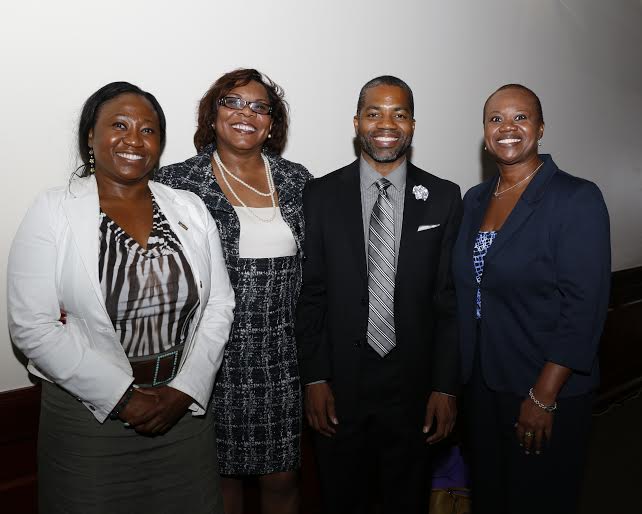 There has been an amplification in incidences of reported child sexual abuse in Jamaica. Lavern Deer, President, Jamaica International Female Football Development Inc. (JIFFD), Dr. Susan Davis, former Jamaica Diaspora Advisory Board Representative for Southern USA, Dona-Lee Raymond, a concerned citizen, and other members of the Diaspora, have consequently joined forces with ‘EVE For Life’ (EVE) in Jamaica to take immediate action!.

“For the past 20 years, in Jamaica land we love, 20 per cent of girls and women consistently report that they have been forced to have sex. This means that ONE IN EVERY FIVE WOMEN IN JAMAICA has reported being raped or has had their bodies violated against their will as corroborated by the National Sexual and Reproductive Health Surveys.

In Jamaica, a total of 10,000 cases of child abuse were reported in 2013 alone, according to the Jamaican government statistics.
In America, The American Medical Association also states that:
• 1 in 3 girls are sexually abused before the age of 18.
• 1 in 5 boys are sexually abused before the age of 18.
• There were 307 report FORCIBLE RAPES in Broward County in 2012 and 309 reported FORCIBLE RAPES from January to June 2013
To achieve successful outcomes both locally and internationally, the newly formed Diaspora task force will focus on mobilizing community support, fundraising, public relations, and legislative changes.

The “NUH GUH DEH” – Diaspora Campaign is administered by a JIFFD local task force, has the endorsement of the Consul General of Jamaica to Miami and support from elected officials such as City of Miramar Mayor, Wayne Messam and his Office.
“This issue of child sexual abuse is a worldwide problem, and one which affects local communities.  Of the thirty one Broward cities it is estimated that an average of two cases are reported per month, per city.  With this in mind I am prepared to support the NGD initiative as it addresses the problem locally and internationally” – Mayor Wayne Messam.

CALL TO ACTION
On October 11, 2014, EVE for Life officially launched the “Nuh Guh Deh!” National Campaign to end sex with the girl child. It is their response in trying to curb the number of pregnant and HIV positive girls as young as thirteen years, who are referred to their programs. The overarching goal is to contribute to reducing the incidents of sexual abuse of the girl child in Jamaica.  By extension JIFFD has partnered with EVE to highlight the campaign and to encompass not just our young girls, but our young boys as well.
There is an array of legislation which should serve to protect our children from sexual abuse: the Sexual Offences Act, the Child Care and Protection Act, the Trafficking in Persons Act, the Child Pornography (Prevention) Act, among others. Jamaica also has a number of government organizations and systems to protect children against all forms of abuse, including the Office of the Children’s Registry, the Office of the Children’s Advocate, the Child Development Agency and the Ananda Alert.
To this end the NUH GUH DEH – Diaspora here in the USA will align its key outcomes to those of NUH GUH DEH – Jamaica, which includes bringing awareness and urging a zero tolerance approach to the abuse of children by:
1. Increasing awareness about the long term physical, emotional, health, financial and social consequences of sexual abuse of young girls and boys
2. Mobilizing Jamaicans to report acts of sexual violence against children
3. Encouraging Jamaicans to use the phrase “Nuh Guh Deh!” to challenge current behaviors of men who sexually exploit children.
4. Supporting the efforts of EVE and other similar agencies in Jamaica, and assisting local initiatives to empower young people and foster positive development, as we “encourage the policy and decision makers and legislators, to also speak out. Speak out – in Parliament, in the Senate, in your various positions in public life – to actively support policies and agencies which can protect the girl [and boy] child from sexual abuse; ensure perpetrators of child sexual abuse are dealt with under the law; encourage and support duty bearers and caregivers to report sexual abuse of our children.” (Petchary’s Blog – https://petchary.wordpress.com/2014/11/29/nuh-guh-deh-speaking-out-supporting-our-vulnerable-girls/)
5. Helping to fund-raise so we can realize the key objectives outlined.