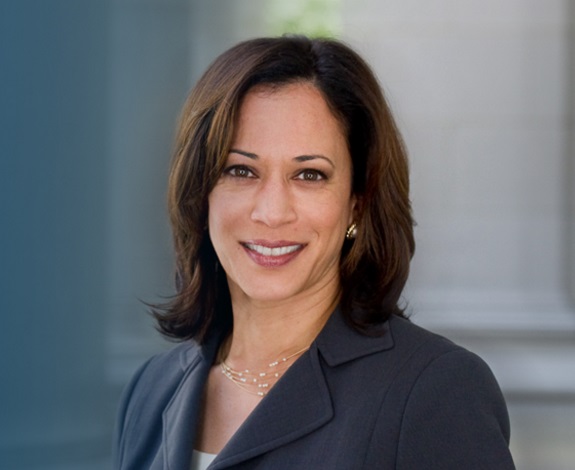 Kamala Harris, current Attorney General for the state of California and a candidate for the United States Senate, has received the endorsement of President Barack Obama and Vice President Joe Biden. The two high-profile endorsements only strengthen her already strong position as the front-runner in the race against opponent, fellow Democrat Loretta Sanchez. Endorsement by Obama may provide Harris with additional campaign money, and television advertisements featuring Obama will also provide an added boost to the Harris election effort. In is endorsement, President Obama praised Harris for her work as a courtroom prosecutor who was focused on protecting the interests of the people of California. “Kamala’s experience has taught her that if you’re going to give everybody a fair shot, you’ve got to take on the special interests that too often stand in the way of progress,” according to Obama. The endorsements represent a serious blow to Sanchez, who is trying to make up the 21-point deficit suffered running against Harris in the June 2016 primary. Kamala Harris is the first woman, first African-American, and first Asian-American to be Attorney General in California. Her father is a Jamaican-American professor of economics at Stanford University and her mother is a breast cancer specialist from Chennai, India.