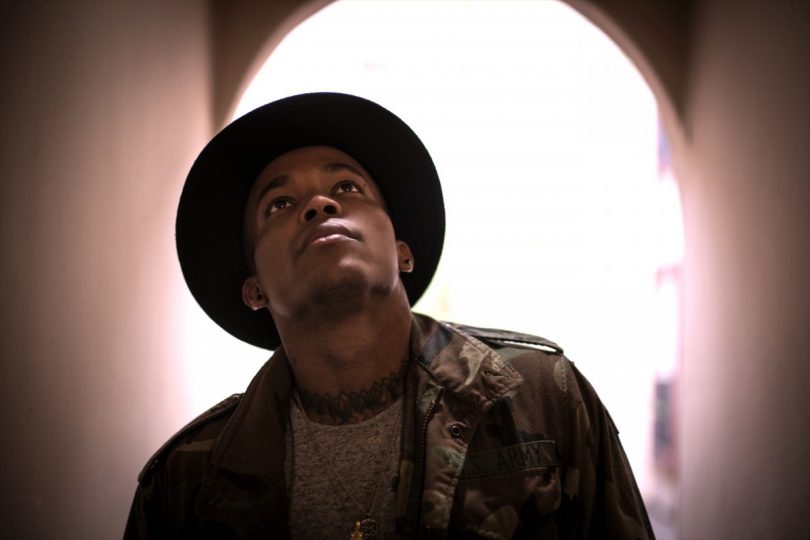 Lacovia, St. Elizabeth, is a quaint little town whose claim to fame is that it was the first capital of St. Elizabeth before Santa Cruz. Legend has it that the two famous tombstones that are landmarks in the village, are those of two men who fought at a bar, ended up dead, and were consequently buried side by side. Lacovia is famous for its foliage, a small and unusual zoo, and also for being home to future legend, Olaf Blackwood, whose heart, mind, soul, and music reflect the untapped beauty of his hometown and homeland.

Olaf Blackwood recalls a hardscrabble childhood growing up in Lacovia. His is the classic, yet inspiring story of the child who didn’t have much, but who was blessed with a talent that made him dream big. Blackwood’s family members valued music, so he was destined for greatness (his uncle is Errol Blackwood). Olaf, whose name reflects the idea of “ancestry” in the Nordic tradition, has become the proverbial rose who grew out of the bushes. His voice is polished, distinct, and sultry. It’s airy, yet powerful, captivating, entrancing, and is reflective of a seasoned singer who’s sharpened his talent to perfection. Olaf, a singer, dj, and songwriter, has worked for and with the best of the best around the globe and his latest feature, “I Need You,” is produced by world-renowned Armin van Buuren, the DJ Mag five-time number one DJ in the world, five times in a row, and Ferndando Garibay. Though famous for his Trance records and his work with U2, Lady Gaga, Britney Spears, Bruno Mars, and Whitney Houston, Armin Van Buuren sought to expand his horizons to include other genres and artistes. When seeking to spread his worldwide influence, he looked to this son of the Jamaican soil, whose voice transcends genres, cultures, and countries, and he hit the jackpot! This song, “I Need You,” will make you dance as if nobody is watching. The record will reach into your soul and pull out dance moves and emotions that you had retired when you got baptized. It will remind you of the love you once lost and reassure you of the love you should cherish. Most of all, though, this record will make all Jamaicans proud, as it shows the versatility of Jamaican artistes who have spent time honing their craft, crossing over to various markets and genres.

Olaf Blackwood, son of St. Bess, has helped to move this track by Armin van Buuren up the charts in Holland, Australia, India, Kazakhstan, South Africa, and Dubai, while racking up over 6.7 million spins on Spotify. Recently, the finalists on The Voice in Holland did a cover of the track, with Armin on accompaniment.

This year, Olaf Blackwood will be featured on two “Armin Live” shows in the 68,000-capacity Amsterdam Arena.  If you were thinking of purchasing tickets for this event, though, you’re a day  late and many minutes short, as tickets sold out 20 minutes after the show was announced. On May 12 and 13, this young man from hardscrabble Lacovia, St. Elizabeth, will stand Jamaica-proud, in front of 68,000 people to sing his chart-topping “I Need You” and all of Jamaica will be waving our flags for yet another cultural ambassador who has taken his lemons and made lemonade on the world’s stage. Follow Olaf’s journey @olafblackwood and find “I Need You” on iTunes.