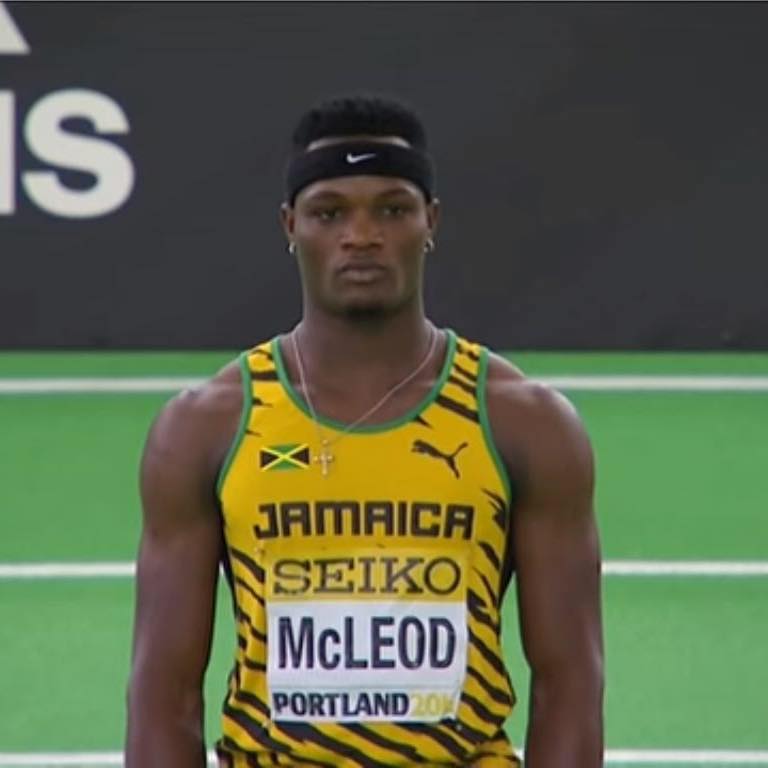 Omar McLeod, a Jamaican hurdler, who is current  world champion in the 110-meter high hurdles, made history at the IAAF John McDonnell Invitational in Lafeyette, Arkansas, when he ran the 100 meters and won with a time of 9.9 seconds. He is the first man in history to run that distance in under ten seconds and the first to run the 110-meter hurdles in under 13 seconds.