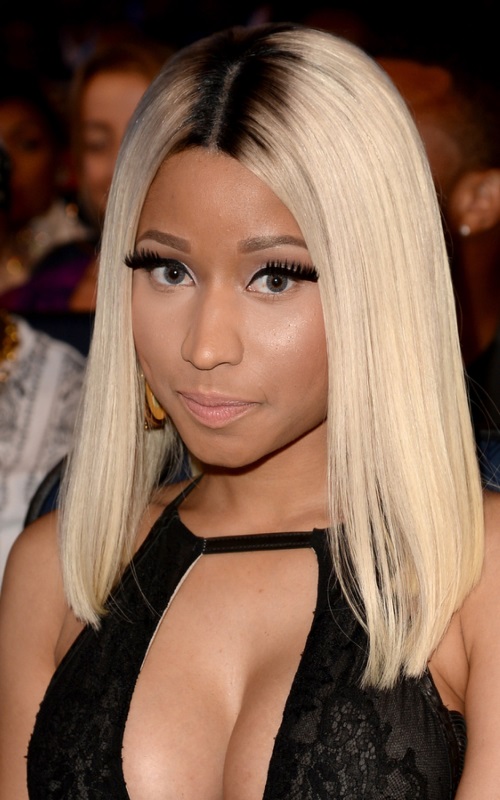 Onika Tanya Maraj AKA Nicki Minaj was born in 1982 in Saint James, Trinidad and Tobago. She lived with her grandmother until age five when she moved to Queens, New York to be with her mother. Nicki auditioned for the singing department at the prestigious Fiorello H. LaGuardia High School of Music and Art (the inspiration for the movie Fame) and was instead admitted to the drama department. She tried acting after high school and when her career didn’t immediately take off, she worked as a waitress and did odd jobs.

In 2004, Nicki signed with Full Force and rapped in a quartet. They recorded a single that was featured in a compilation album, after which Nicki left the group. In 2006, she started uploading her songs to her Myspace profile and caught the attention of Fendi, the CEO of Dirty Money Entertainment. Under his management, she released her first mixtape, “Playtime is Over” in 2007 and her second, “Sucka Free” in 2008. In that year she was named “Female Artist of the Year” at the Underground Music Awards.

Nicki got her breakthrough when she came to the attention of Lil Wayne and he guest starred on her 2008 release. He showed up even more on her 2009 mixtape, “Beam Me Up Scotty” and subsequent singles released from her first album, Pink Friday. Her album debuted at number two on the Billboard 200 and later moved to number one and went platinum. She also earned Grammy nominations for Best New Artist, Best Rap Album, and Best Rap Performance.

In 2010, Nicki set a record by having seven singles on the Billboard Hot 100 at the same time. She also won Best Female Hip-Hop Artist at the BET Awards that year. She is the first and only female rapper to appear on Forbes Hip-Hop Cash Kings list, clocking in at 29 million dollars in 2013. Nicki was People’s Choice Awards Favorite Hip-Hop Artist in 2013.

She also set two career records in 2013: most charted female rapper in the history of Billboard’s singles chart, and the first person to win Best Female Hip-Hop Artist at the BET awards fives times in a row. Nicki’s latest album The Pinkprint debuted at number two on Billboard’s chart in 2014.

Contributed by the Institute of Caribbean Studies  (Compiled from various sources)