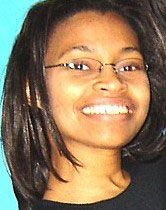 Recently City College in Birmingham started a new course, Jamaican Language and Culture, which will teach students to write Jamaican (Patois). This month we pose 10 questions to course facilitator Heather Reid. This interview is in Standard English and also Jamaican (written in the style used by Louise Bennett-Coverley and Jamaicans.com).

Q: Why a class in Jamaican (Patois)?

The course at City College explores Jamaican Language and Culture in depth. It’s not a lighthearted, shallow, “touristy” approach to teaching what is traditionally referred to as Patois. It’s part of a strategy to build awareness amongst Jamaicans (and descendants of Jamaicans) in the UK of their history, culture and language with a view to improving the confidence, national pride and progress of the Jamaican community in the UK.

The course has been developed by Jamaica 2K, working with colleagues from the University of the West Indies, and the teachers are all Jamaicans who work as teachers in the UK.

Incidentally, in the class we prefer not to use the term Patois or dialect, but we recognize it as a valid language, and refer to it as Jamaican. Patois is a general term which means a way of speaking made up of a range of languages, so in fact English could be called a patois!

Q: How has the class been received by teachers and students at the college?

The response to the course has been overwhelmingly positive! Several lecturers at City College of Jamaican descent have enrolled as students. Over half the students on this course are teachers in the British education system, and there are also some community and social workers and high school students. Not all students are Jamaicans – a few are from other Caribbean islands, who share a similar history. One student travels almost 100 miles weekly from Sheffield to attend the course!

As with any good cause, there are critics who assume that we are “selling out” our culture and language, or prematurely conclude that we are promoting the speaking of Jamaican to the exclusion of fluency and literacy in English. However, it is clear to all involved with the course that we are seeking to build confidence and cohesiveness amongst ourselves as Jamaicans, as we study our shared language, culture and history. I believe a confident, cohesive community will be a more progressive community – in our academic achievement, economic advancement and contribution to society.

Q: What are some of the questions and comments you have gotten from students in this class?

Here are some of the comments received when asked “What are the strengths of the course?” in a 4-week course review. (Please see below.)

Q: What is some a di question and comments yuh get fram di student dem inna di class?

“The course … empowers Jamaicans and the Jamaican language. We can be more polite with our own language and we can also interpret into English.”

“The classes are very interesting.”

“Being able to converse in my native tongue with others including the lecturers… The diversity of the materials is good and motivated me to find out more about the culture.”

“This course brings me back to my roots.”

“Jamaican heritage, language – Oh, how important it is to keep it alive!”

“The authenticity of the material and knowledge of lecturers. Inclusion of all members of group despite age/experience.”

“The lessons are great; we meet other people who speak Jamaican. An we can jus brok weh.”

Q: Who does the course target? Give us a synopsis of the course.

The course targets Jamaicans and descendants of Jamaicans who want to learn more about their history and make a difference in the lives of:
– Jamaican students who face challenges and sometimes inferiority complexes in the British education system, just because of the way they speak,
– Jamaican patients in the British health system who have sometimes been misdiagnosed, because they speak Jamaican,
– Jamaicans in Britain generally, who are too often misunderstood in court, in prisons, on the road and receive inappropriate judgments, because their use of language and their culture is misinterpreted.

Each student is required to do a short dissertation on some aspect of the Jamaican culture or language.

Q: How authentic an accent will a student of the class have?

The accents of the students vary, depending on whether or not they grew up in Jamaica, or were allowed to speak Jamaican as a child. Incidentally, I grew up in Jamaica but was not allowed to speak “patois” as a child, so my husband teases me that – not only is my accent not authentic – but he claims that I speak “broken patois”! However, some of the students who were born and raised in the UK have (surprisingly!) more authentic “renditions” of Jamaican!

Q: I know we as Jamaicans “love to draw card” on other. We tease other Jamaicans who “tweng”. Other cultures just see it as trying to fit in. Do you think someone using the lessons from your class and then going to Jamaica would be ridiculed by Jamaicans?

Based on who we have targetted for this course, most have fairly authentic Jamaican accents and expressions, and would “get by” in Jamaica. However their dress and other mannerisms may give them away!

Q: Many argue that Jamaican is not a language as it has no formal structure. The prime example being that there is no one way to spell a Jamaican (Patois) word. What is your opinion on this?

To answer this question, I’ll quote the words of Professor Hubert Devonish, a linguist at the University of the West Indies, Mona, published in the Preface of Joan Andrea Hutchinson’s new book “Mek Mi Tell Yuh.” He says, “Jamaican is a language like any other language. It has rules like any other language. ‘Dem a sing’ is a possible sentence in that language, but ‘Dem sing a’ is not. Jamaican, like the vast majority of the 6,000 or so languages of the world is not normally written and has no standard writing system.” (Incidentally, if you haven’t read Joan Andrea’s book yet – do buy a copy – it’s absolutely hilarious!)

So I now recognize Jamaican as a language and will not subscribe to the view carried down from our colonial past that it’s merely a dialect of English.

Q: What materials and books are needed for the course?

All that’s required of students are pen and paper, as folders with relevant handouts are provided. Students are given the opportunity to purchase various texts on Jamaican language and culture, including Dr Pauline Christie’s Language in Jamaica.

Q: What is your advice to someone who wants to learn to speak and read Jamaican (patois)?

Q: Do you believe that Jamaican (patois) should be made an official language?

Jamaican is an official language!

It is now listed as a language by the UK’s Institute of Linguists and is one of the options for their Diploma in Public Service Interpreting.

Based on the systems of the world today, I don’t believe that making Jamaican the official language of Jamaica will hasten our social, academic or economic advancement. I do believe that we need to change our perception of the language and of the vast majority of Jamaicans who speak the language. Instead of scolding children to stop speaking badly, we should consider developing our children to be bilingual in Jamaican and English. We need to have a nation of people who are confident about our selves, our language, culture and history; ultimately that will only enhance our advancement.

But si ya! Den yu neva tek stack a weh mi seh? Jamaican a wan prapa languige like any odda!

Jamaica 2K are currently organizing a series of conferences and events on this subject around the UK. If anyone wants to host an event in their area, please contact Heather Reid, e-mail: [email protected]