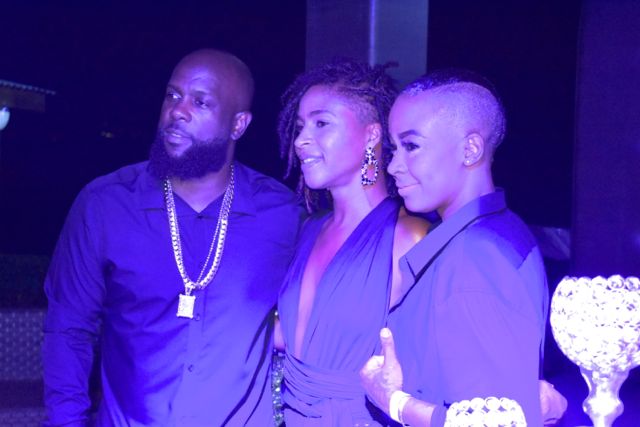 On July 17th, the Hard Rock Café in Montego Bay, Jamaica was the place to be to enjoy a night of glamour and alluring festivity at Reggae Sumfest’s 2019 Blitz ‘All Black’ Party.  It was the 3rd in the series of run-up events for this year’s Reggae Sumfest music festival.  As it happened, the Blitz ‘All Black’ Party also doubled as the birthday bash for big bad soca mega star, Bunji Garlin, who was in attendance along with his wife, Fay-Ann Lyons—who is also a star performer in the soca musical sphere.  Other notables that attended this lively pre-party for Sumfest 2019 were American R&B singer, Ne-Yo, DJ, Radio Personality & TV Host, Nikki Z, Italian Reggae Ambassador, Steve Giant and his Rasta Snob Magazine crew, Mattia of Germany’s Warrior International Sound (2019 Sumfest Global Clash Champion), Sumfest Director, Robert Russell, and Sumfest CEO Joe Bogdanovich.  All in all, Sumfest’s Blitz ‘All Black’ party was certainly a night to remember!  Here are some highlights! 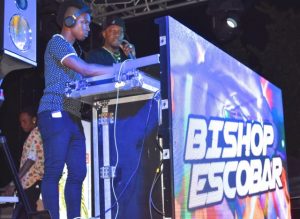 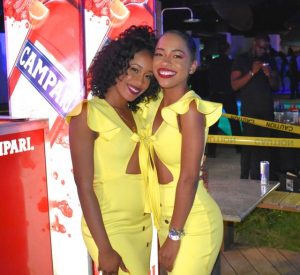 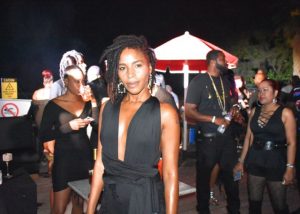 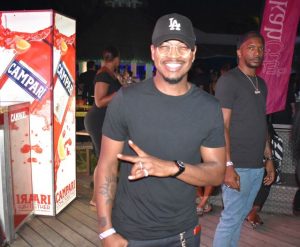 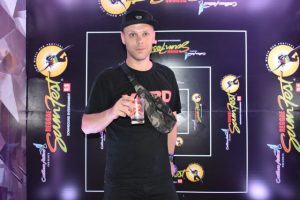 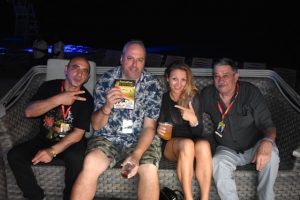 Widely considered as international soca royalty, Mr. Bunji Garlin hails from Arima, Trinidad.  A prolific lyricist by all standards, Bunji has not surprisingly garnered numerous Trinidadian Soca Monarch titles over the years.  And with Bunji inside the house partying the night away to the max on his 41st birthday, the Blitz ‘All Black’ Party went into overdrive with Hennessy on deck, and Crazy Neil, Bishop Escobar and Rolexxon the wheels of steel. 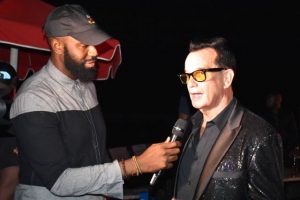 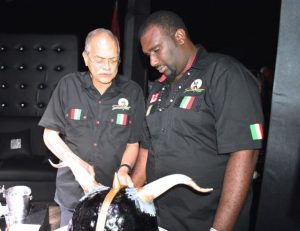 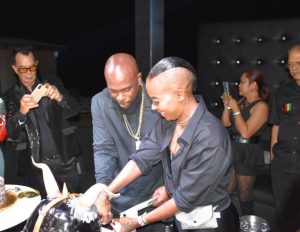