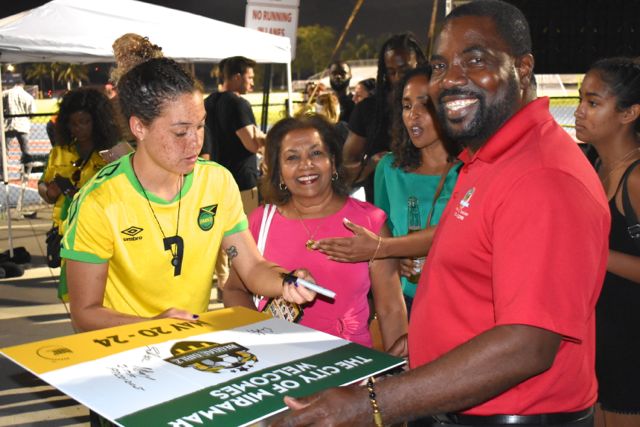 In the build up to the FIFA 2019 Women’s World Cup to be staged in France between June 7th and July 7th, Jamaica’s own, Reggae Girlz, were charged up on May 23rd in Miramar, Florida by a memorable send off celebration hosted by the Reggae Girlz Foundation.   Ironically, just a few years ago Jamaica did not even have a women’s national team to claim as its own.  As it happened, the squad had been scrapped 5 years ago for lack of sufficient financial resources.  However, thanks to Cedella Marley, daughter of reggae icon, Bob Marley, the team got a reboot and is in the midst of a renaissance of sorts as the Reggae Girlz will open their bid for the World Cup on June 9th against Brazil.  A tough first match for sure, but the Girlz are seemingly undaunted especially in having overcome so many obstacles in years past just to get to this point.  At the same time, the team has also garnered a number of accolades.  Most notably, the Reggae Girlz became the inaugural team from the Caribbean to qualify for the FIFA Women’s World Cup.  That’s right, the Reggae Girlz are the first Caribbean team to take the field in that capacity. 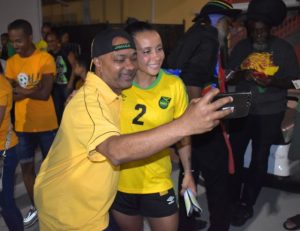 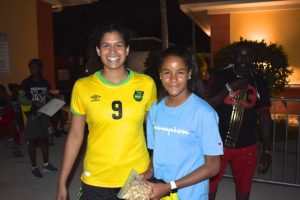 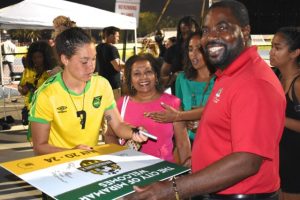 Fittingly, the Reggae Girlz’ improbable journey to the 2019 World Cup was celebrated against the backdrop of packed stadium at the Ansin Sports Complex in Miramar, Florida where a dense crowd of more than 5,000 fans all decked out in Jamaica’s yellow, black and green national flag colors to witness the Reggae Girlz beat local team FC Surge 2-1 before cranking up the music, dancing and sharing laughs in support of Jamaica’s resilient and spirited Reggae Girlz. 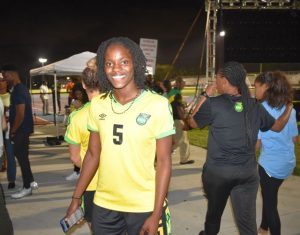 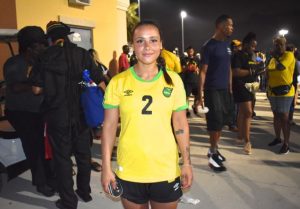 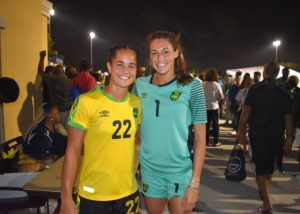 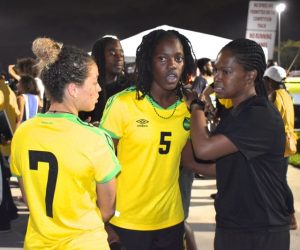 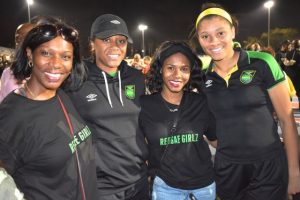 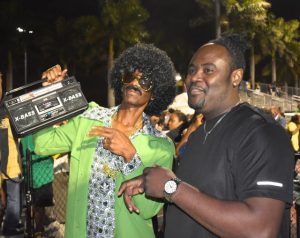 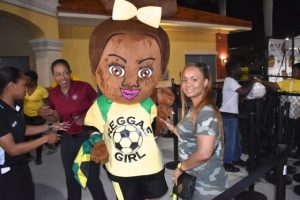