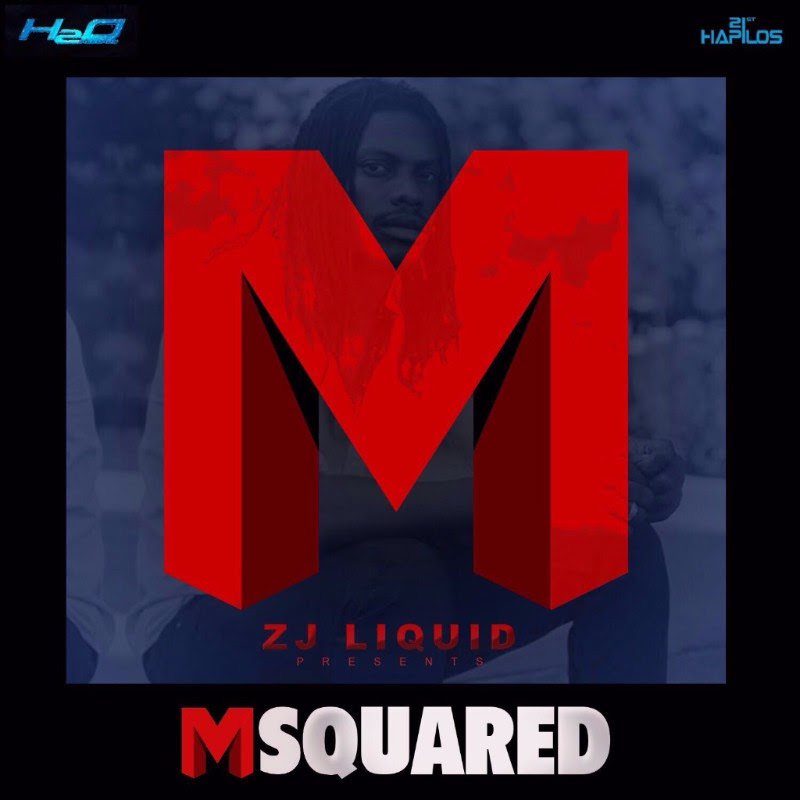 Making his mark and crafting his name by playing the hits at one of Jamaica’s top station ZJ Liquid and appearing on worldwide platform such as BET, ZJ Liquid also boasts the title of producer and artist. A Fan favorite by giving music lovers an array of hit productions, Liquid’s prolific lyrics as an artist are only matched by his charisma and humbleness

Speaking on the album, Liquid explained the thought process, creation and inspiration. “Msquared is the name of the album, it’s an album I’ve been working on for almost a year and a half. And it’s just a project that I always had in mind, a project where it’s not a juggling, all the songs on the same riddim. It’s an album putting together some of Jamaica’s best artists and make a link with the international world as well, do as much fusing as I could at this time. It’s a compilation album and I myself have 2 songs on it. Msquared is a vibe, one of those things you want to do different as a producer. I’ve been producing for the past 10 years and this is definitely different, fusing different genres that I’ve been exposed to. There is a little Afrobeat, EDM vibe, a little trap and skrillex, soca undertones and of course the hardcore dancehall and reggae vibe. Msquared name comes from my son and my daughter i put the 2 names together.”

The star studded album features such artists as Grammy award winners Sean Paul and Beenie Man who teamed up with newcomer Vershon, international stars Vybz Kartel, Mr.Vegas, Konshens and Samantha J with Assassin, and rapper Safaree aka Stunman among a host of stars

“It’s not nothing that I’ve done before. Big up Johnny Wonder he saw the dream and supported me. Bless up everyone involved in project like Jam2, we really work on the album to take it to another level, Jam2 give thanks for him that’s Jammys son that. Thanks to Chimney Records for the Samantha track, thanks my cousin who helped with the Konshens and Vegas, TQ in Canada, shout out to Stainless Karim. I linked up with nuff’ people, Bless up to everyone who showed support and love and put a strength to H20 records. Big up all who believes in music, all genres, no box, One Love One Unity, check it out, April 16th the album Msquared” – Liquid