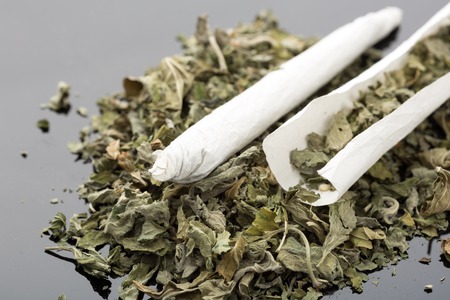 Jamaicans are fervent weed smokers.
Unfortunately, the blame for this stereotype stems from the tendency to portray this image in reggae music and locally produced films. The fact is that smoking weed/ganja/marijuana/pot, whatever you want to call it, is not as widespread in Jamaica as some might think. While the smoking of ganja is used by Rastafarians as part of their religious rituals, most Jamaicans do not smoke at all – neither weed nor cigarettes. Only in the last two years did the law change to prevent you from being arrested by the Jamaican police for smoking weed. Still, weed smoking is strongly discouraged in the society in general and is even looked down upon by many.

Jamaicans say “man” after everything.
This decades old stereotype is one of the most common falsehoods about Jamaicans. In fact, it can be irritating to us when foreigners just starting spewing ‘yeah man, yeah man’ for no apparent reason. ‘Yeah man’ is translated ‘Yes man’ in English and used in the context of a response. While there are a few people who may overuse “man” or “mon” this is by no means the go-to phrase of every Jamaican.

Jamaicans only listen to reggae.
As the birthplace of this captivating genre of music, Jamaica is naturally biased to reggae music. But it’s certainly not the only type of music we listen to. Soca, Hip-Hop even EDM have large followings in Jamaica with regular events that are just as popular as reggae. In fact, Jamaicans are known for having a wide appreciation for many types of music from around the world and often draws influences from other genres to remake classics with a reggae vibe.

Jamaicans are “feisty”.
It is said that Jamaicans are some of the nicest rude people you’ll ever meet. It’s true that we are known for our hospitality as much as we are known for being frank about how we feel. To outsiders, this may come off as being feisty or impolite, but Jamaicans feel that being honest about how you feel is better than being a hypocrite. Therefore, if you try to play a Jamaican for a fool or attempt to disrespect them in any way, it is likely that they will not let it go unnoticed. The feistiness that many perceive is really just a natural response to feeling disrespected.

Jamaicans are womanizers.
Like in many cultures and nationalities, cheating does occur but is not true to generalize that Jamaicans are womanizers. Doing so is disrespectful to the majority of Jamaican men who love and appreciate their woman and stand faithfully by their side. Again, media portrayal in music videos, films and theatrical performances tend to highlight these ills but cheating is not encouraged nor is it blindly tolerated in the Jamaican society.

Jamaicans practice Voodoo.
In her false claims of being a Jamaican, the late TV psychic Miss Cleo helped to spread the belief that Obeah and Voodoo are mainstay practices in Jamaican culture. It’s true that there are historical connections with these spiritual practices from our African descendants. And while there are both practitioners and staunch believers in present day Jamaica, we are by no means walking around casting evil spirits out of people. In fact, being a Christian majority nation, many Jamaicans believe that Obeah and Voodoo are against their religion and strongly protest it.

All Jamaicans are black.
Even today, many foreigners are still shocked when they meet a Jamaican who does not fit the stereotype of a black, wooly haired person. While more than 90% of Jamaicans are black, the rest are of European, Indian and Chinese descent. There are many Jamaicans who are mixed with different races as well as communities where almost the entire population is made up of European descendants such as German Town in Westmoreland. Our motto ‘Out of Many One People’ fully embraces and celebrates our diversity as a people united no matter our heritage.

Jamaicans don’t speak English.
Again, in the age where access to information is so widespread, it is amazing that people don’t know that Jamaicans speak English. True, our use of the Jamaican patois language is widespread and is the preferred choice for our artistic expressions in music and drama. However, English is our official language and most Jamaicans are bilingual. Even those who are not perfect English speakers can certainly understand when English is spoken to them. Jamaican patois is a colourful mix of English, Spanish, Welsh and several African languages, and is a great way to exclude a foreigner from the conversation. However, while it has heavy English tones, Jamaican patois should not be confused with the English language which is what we use for official business.

Jamaicans are poor.
There is no denying that our economy needs help. But the fact remains that even developed countries are facing the similar economic crises like Jamaica. There are rich, poor and middle class in every country. And while there are communities in Jamaica where the majority of residents live below the poverty line, this is not the case for most Jamaicans. A drive around Jamaica will quickly reveal that those spectacular mansions are certainly not inhabited by the country’s poor. In addition to the rich class, there is a sizeable middle class, many of whom worked hard to lift themselves and their families out of poverty. They are very proud of their achievements and their ability to provide for their families despite the odds being against them.

Stereotyping robs you of the ability to get to know a person’s true nature and discover possible similarities with your own culture. Jamaicans are a warm people with an exciting culture that they are always willing to share with the world. Though you may encounter Jamaicans who fit the stereotypical descriptions perfectly, you miss the opportunity to learn something new if you assume that everyone is the same.