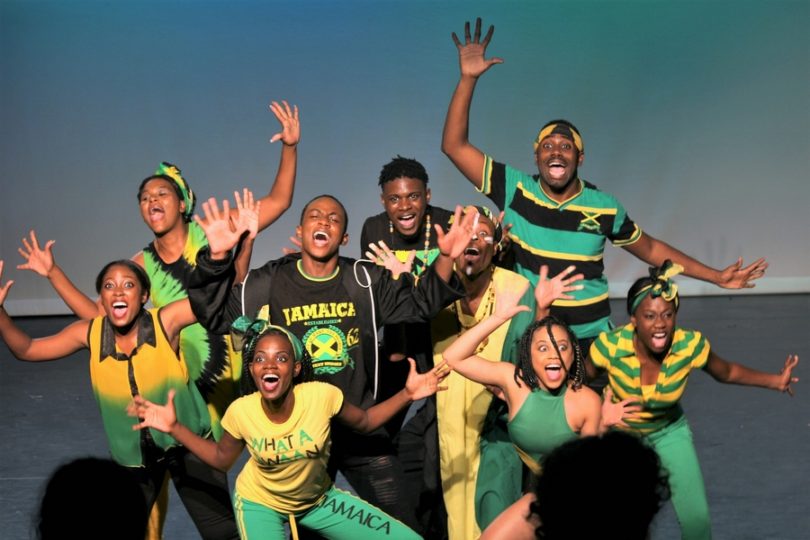 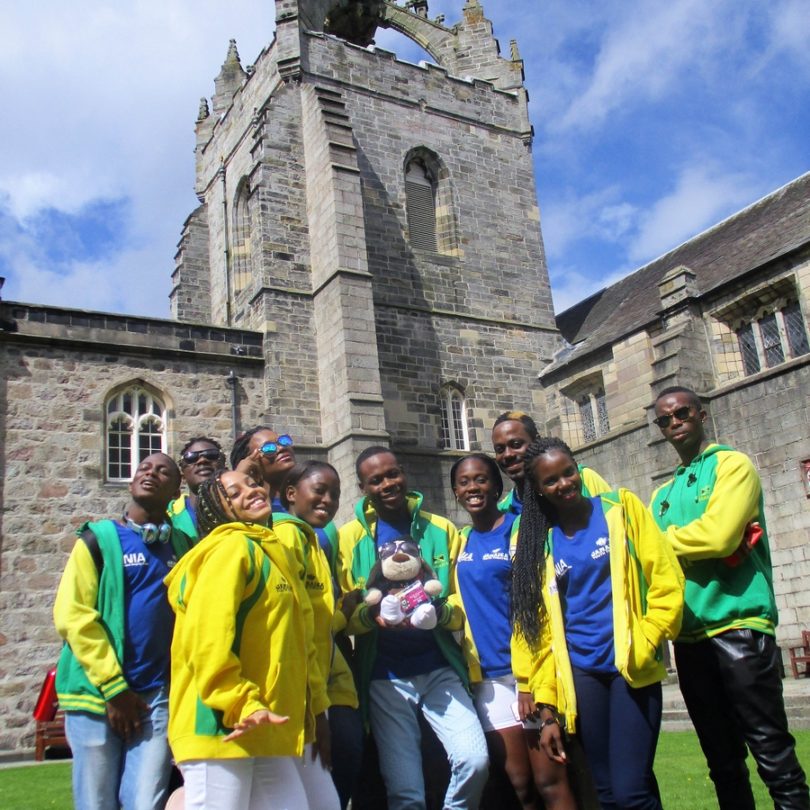 Jamaica delegation pose with the Festival’s mascot ‘Benie’ on arrival in Scotland. 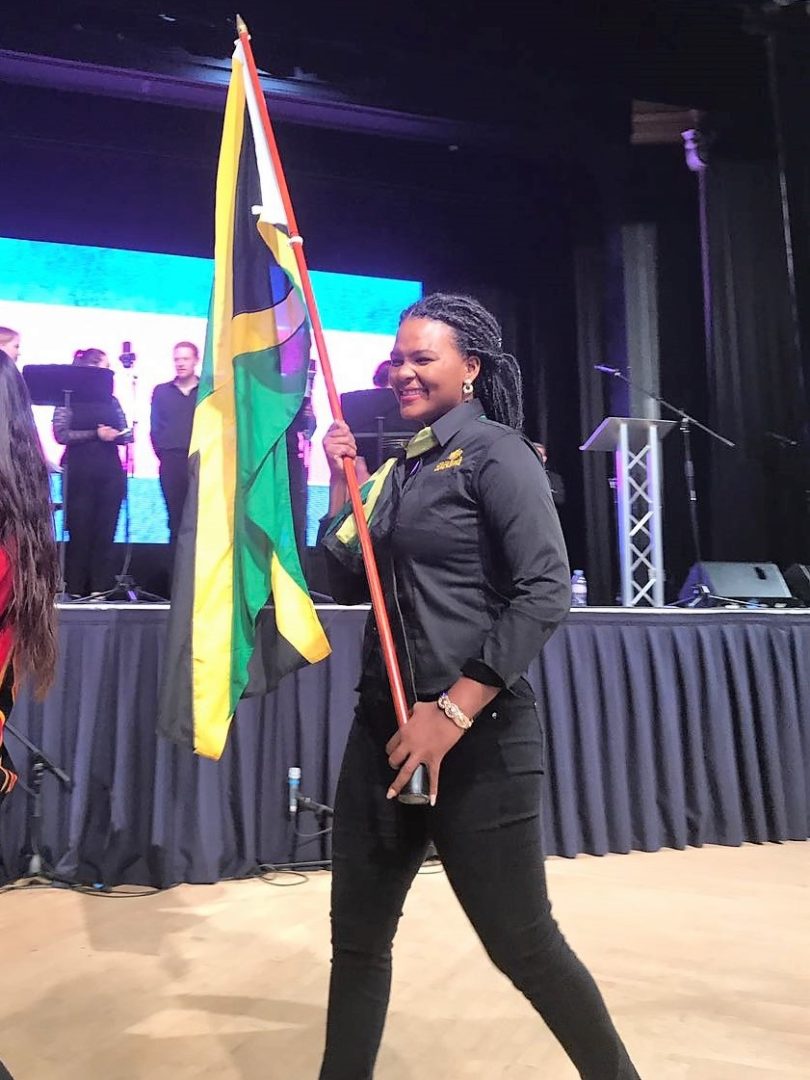 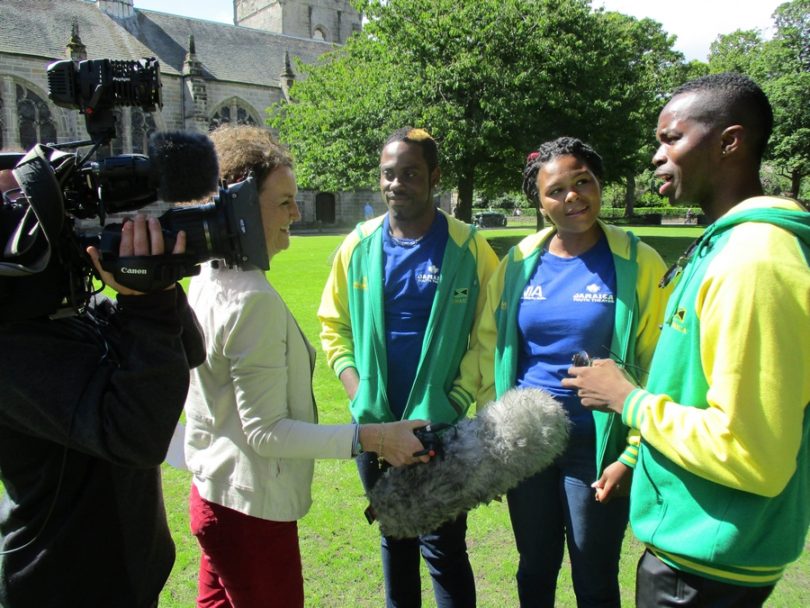 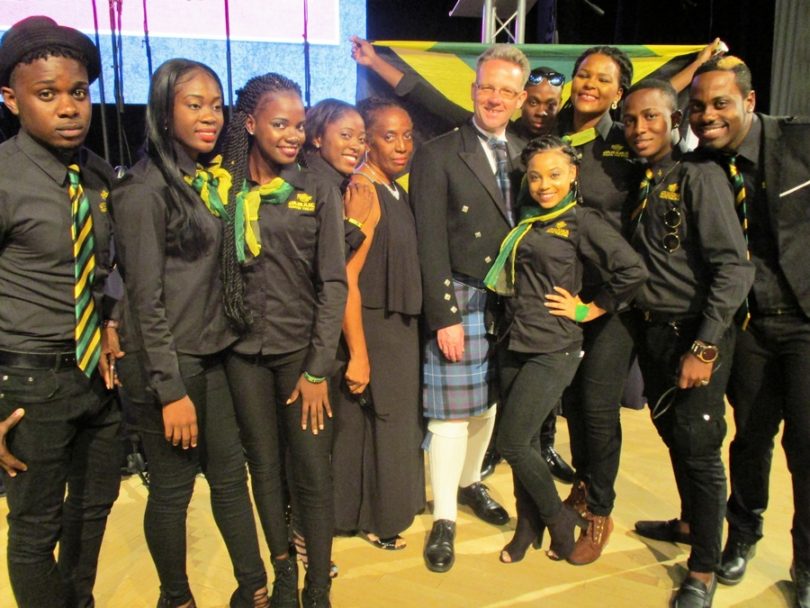 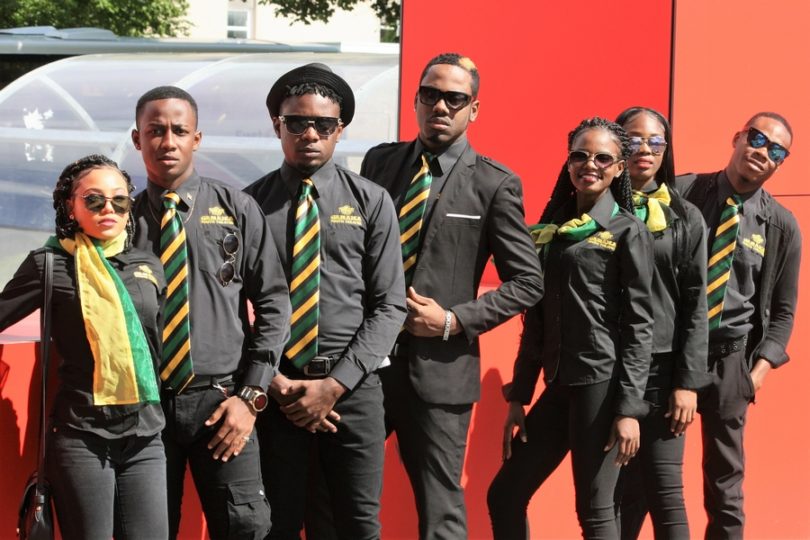 JYT members attending the Opening Ceremony of AIYF2017 at the Beach Ballroom, Aberdeen 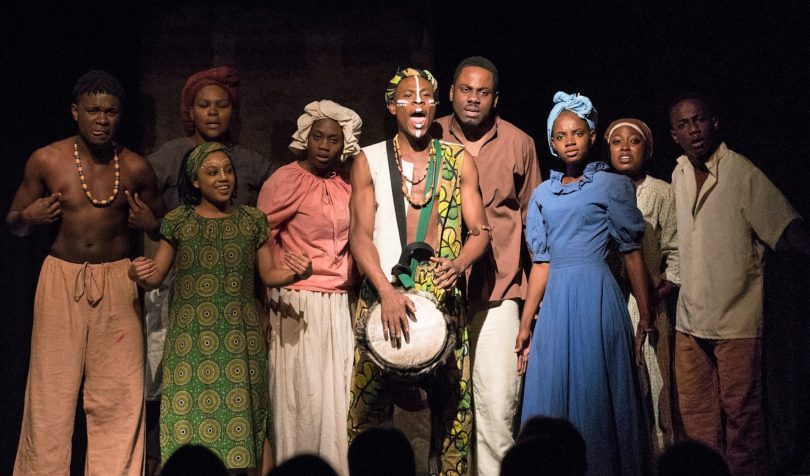 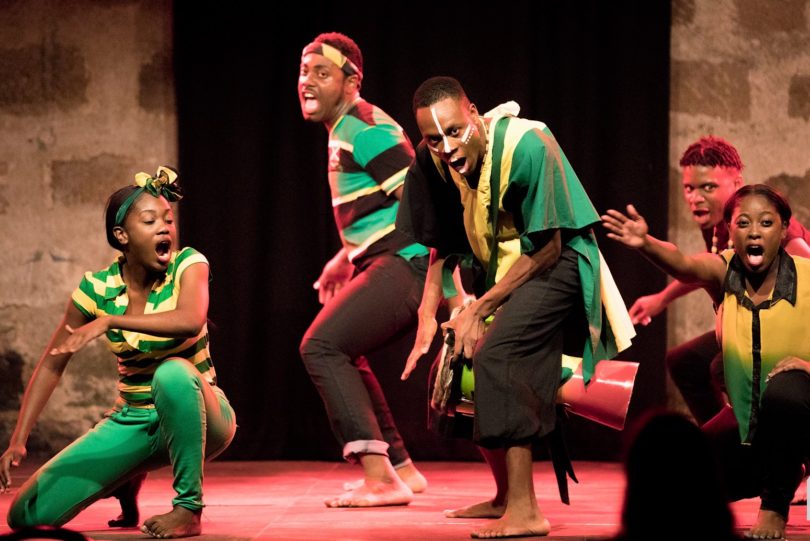 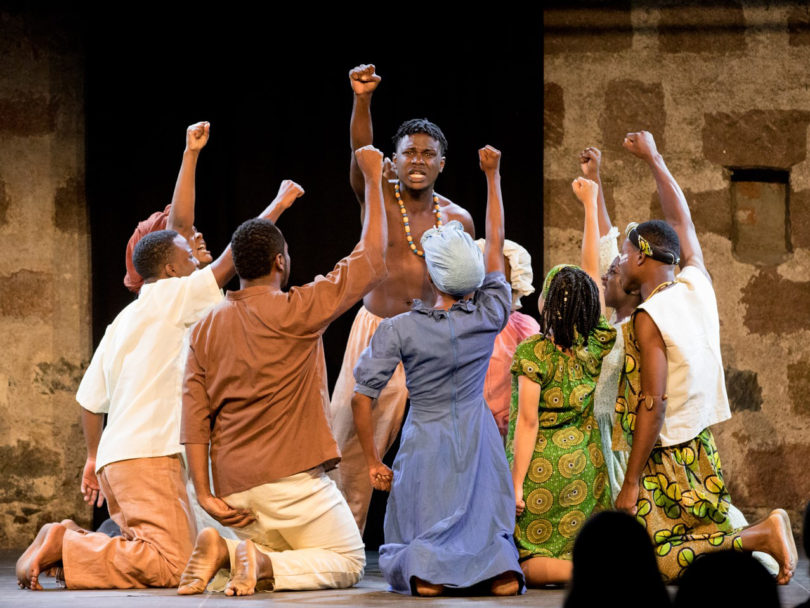 Twelve (12) members of Jamaica Youth Theatre have returned from Scotland where they joined over 1,000 other young performing artists from 15 countries across the world for the Aberdeen International Youth Festival 2017 in early August.

The Festival now in its 45th year is a multi-arts event which was staged in Aberdeen and the North-East region of Scotland under the auspices of the council of the City of Aberdeen.

At the Festival, the Jamaica Youth Theatre premiered its new work, Jamaica Drum, a devised theatre piece directed by Danar Royal which chronicles the movement of the drum through the history of Jamaica. According to Danar Royal: “AIYF 2017 was a true cultural exchange for the Jamaican delegation as we shared our history and culture with hundreds of participants and local residents, met many youth artists and collaborated with various groups from across the world.”

The participation of Jamaica Youth Theatre at the Aberdeen International Youth Festival 2017 was made possible through a financial grant from The CHASE Fund in support of the Arts and Culture in Jamaica.