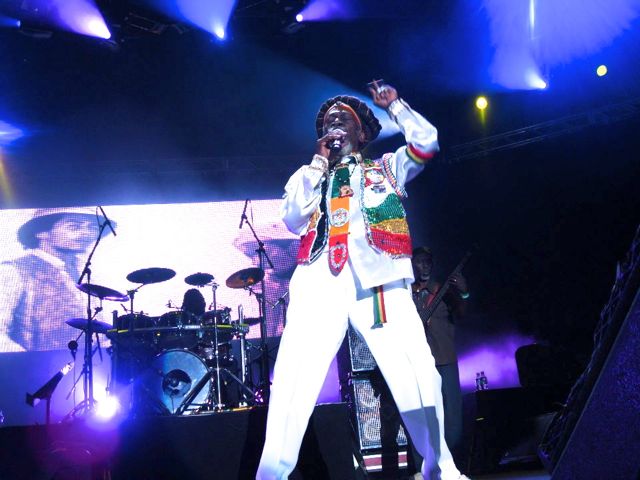 The reggae music industry has lost another giant with the recent passing  of Neville O’Riley Livingston—popularly known and revered as Bunny Wailer—at the age of 73 on March 2, 2021.   Indeed, the name ‘Wailer’ should ring a bell especially when it comes to reggae music royalty.   That is, Bunny Wailer was a co-founder and member of the iconic and legendary—Bob Marley & the Wailers group that captivated the world with the sounds of reggae music up until Marley’s death in 1981 from cancer at the age of 36.   Seven years after Marley’s death, Peter Tosh—who was also a member of the Wailers’ trio—was fatally shot in Jamaica at 42 years old.

The confirmation of Bunny’s death in Kingston, Jamaica at the Medial Associates Hospital was made by his Manager, Maxine Stowe, and that announcement was published by the Jamaica Observer before the news then rippled through news feeds all over the world.  No official cause of death was reported, but the 73 year-old Wailer had been reported to be in declining health over the past year after suffering his second stroke in 2020.  ‘Jah B’ as he was also affectionately known, was the last surviving member of the original Wailers—which was backed by the harmonious vocal group, ‘I-Three’, that was comprised of Rita Marley, Marcia Griffiths, and Judy Mowatt.  Each of the I-Three group members is still alive.

Jamaica’s Prime Minister, the Honorable Andrew Holness, praised Bunny Wailer with a number of tweets via the Twitter social media platform by calling him, “a respected elder statesman of the Jamaican music scene.”  Prime Minister Holness in adding to that commented further, “This is a great loss for Jamaica and for Reggae, undoubtedly Bunny Wailer will always be remembered for his sterling contribution to the music industry and Jamaica’s culture.”  Bob Marley’s son, Ziggy, gave a statement to Rolling Stone Magazine: “Bunny Jah B Wailer’s body has left us but he knows just as we know that his legacy, music and spirit will never die.  His contribution to our music not only as a member of the Wailers but as a solo artist has been an enormous influence for me personally and to many more around the world. Pass It On.”

Born on April 10, 1947 in Jamaica, ‘Jah B’ was the youngest of the original Wailers trio.  In a video published on the official Instagram account of the Hon. Bunny Wailer (@bunnywailerarchives), Bunny himself was speaking and offered elucidating insight into the genesis of the Wailers group—starting with his incipient encounters with Bob Marley when the two were youngers and elementary school classmates up in the hills in rural in St. Ann, Jamaica, in an area known at Nine Miles.   In the video, Bunny stated that “St. Ann is where it all began, and I was about 7 and Robert was about 9.” The Robert to which he was referring was, of course, Robert Nesta Marley—Bob Marley.  Jah B then explained that it was in elementary school there in St. Ann that he and Bob “developed their educational pattern.” And that educational pattern according to Bunny Wailer, was what the two ended up teaching.  At first blush, that was a simple-sounding statement perhaps, but when looking back in retrospect at the remarkable musical and cultural legacy of Bob Marley & the Wailers, the entire world without a doubt was taught many, many life lessons by them.

Trenchtown in Kingston was the next chapter, as Bob Marley’s mother, Cedella Booker, relocated there.   Marley and Bunny joined together there as well and started to develop their musical chemistry in earnest.   At that time, Trenchtown was said to be buzzing with tremendous musical talent along with other areas in Jamaica’s capital city.  For example, Toots & the Maytals was formed in the early 1960’s in Kingston as well.  One of the most highly acclaimed and perennial ska and rocksteady vocal groups of all time, Toots & the Maytals first achieved music chart success after Jamaican studio producer, Clement ‘Coxsone’ Dodd, recorded them at his famed Studio One recording studio in Kingston.  Notably, Toots & the Maytals released a single called, ‘Do the Reggay’—the first song ever to feature the term ‘reggae’, thereby not only putting a name to the music, but also in unveiling the genre and introducing it to the world.

The Wailers also linked up with Coxsone Dodd’s sound system and his Studio One label, which drew upon the talents of big-name songwriters and producers like Lee ‘Scratch’ Perry and Jackie Mittoo.  In fact, Bob Marley’s infectious ‘Simmer Down’ was released by Studio One, and became the number one hit tune in Jamaica.   Thereafter, the Wailers again collaborated with Lee ‘Scratch’ Perry and his Upsetters which culminated in the 1970’s ‘Soul Rebels’ and 1971’s ‘Soul Revolution’.  It was then that Bunny Wailer recorded one of his classic songs called ‘Dreamland.’  In 1972, Chris Blackwell from the legendary Island Records Label signed Bob Marley & the Wailers to a record deal.  That deal resulted in ‘Catch a Fire’—which was the Group’s 1973 debut on a major label.

A Grammy winner three-times over, Jah B is regarded as one of the foundational stalwarts of reggae music.  What’s more, Bunny Wailer was named by Newsweek Magazine as one of the three most important musicians in the world of music of all time.  Another accolade on top of that, in 2017, Jah B was conferred with the Order of Merit, the fourth-highest honor in Jamaica, for his contribution to popular music.

Personally, I last saw Bunny Wailer in 2012 at the Reggae Sumfest music festival in Montego Bay, Jamaica.  In celebrating its 20th anniversary in that year, a core segment of the annual festival was dubbed a ‘Tribute to the Legends’, which featured Bunny Wailer, U-Roy, John Holt, Leroy Sibbles, Yellowman, Frankie Paul, Pinchers, Mighty Diamonds, and Leroy Smart.  U-Roy, another giant in the music, passed away recently on February 17, 2021 in Kingston, Jamaica.  The Jamaican art-form and sound system tradition of ‘toasting’ was certainly U-Roy’s claim to fame, which he brought into prominence not only locally in Jamaica, but also internationally.  On the subject of ‘Daddy U-Roy’, dub producer and Ariwa label founder, Mad Professor, was quoted by Rolling Stone Magazine as stating: “Without him [U-Roy] there would be no Dancehall, no Hip-hop, no Rap, no Afrobeat.” 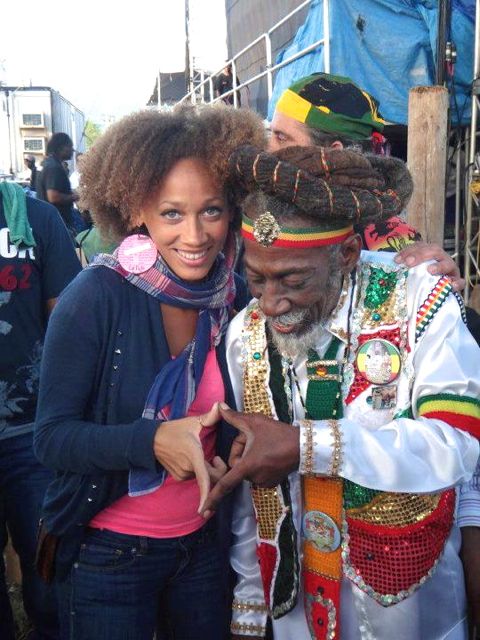 Patricia ‘Miss Pat’ Chin—the matriarch and co-founder of the iconic V.P. Records—commented on a Zoom call on March 17, 2021 for release of her new book—‘My Reggae Music Journey’—that recording work for Bob Marley & the Wailers’ ‘Catch a Fire’ was done at her Studio 17 after Randy’s Mart record shop—which her and her husband, Vincent Chin, owned—expanded to allow space for Studio 17.   Miss Pat then digressed and turned to reminiscing about Bunny Wailer in light of his recent passing.  She stated, “Bunny Wailer was such a beautiful soul, nicest person you can ever think of.”   Miss Pat added further, “I just loved him.  Bunny’s music will live on forever.”  With that, I can say, Jah B, “Walk Good.”