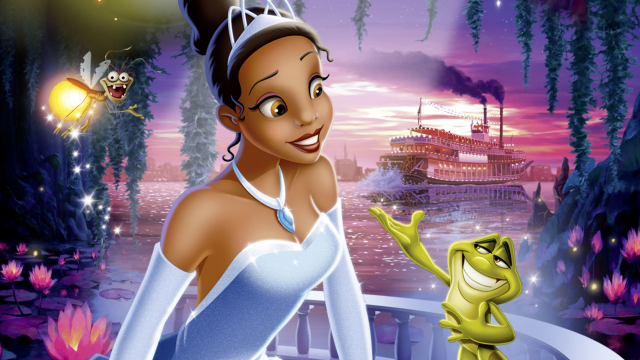 As a blaque woman, I’m tired of us having to play captain save a scrub. Yeah, yeah, they world likes to pretend like we’re unworthy bottomfeeders with a thunder load of children looking for a handout, but that ain’t true. Black women stay holding this raggedy world together, and we deserved more than a *checks notes* no-‘count philandering lazy bump on a log for a prince. And das fax. Big fax.

None of the Disney princesses had to go through this hard labour when they met their prince. Poor Tiana had to turn into a frog and swim down a bayou. Meanwhile, all Cinderella and she ashy knees had to do was sleep off her hangover, and her prince showed up at her home.

And don’t get me started on Ariel’s easy path to housewifedom. That saltwater redhead got to chill in a seaside AirBnB and didn’t even have to speak a word! But my gyal Tiana wasted days giving Naveen the tongue-lashing his lax mother was too afraid to dish out.

No other Disney princess lived a struggle life like Princess Tiana. We get the broke prince with questionable morals. We had to build a man like some underpaid Build-A-Bear employee.

All the other princesses basically lived the life of sugar babies who got cleaned up and upgraded without having to prove themselves.

Tiana had to scrimp and scrounge for her restaurant and almost lost everything because she kissed Naveen. Ain’t that always how it goes? Black women finally inherit something and some bumish, smooth-talking scrub derails our lives with either some unplanned baby or some other shenanigan. Makes you want to give up men and learn more about carpets.

At one point, even Naveen had to admit that he was trash. Homeboy was breaking a sweat after only cutting one slice of mushrooms for the swamp gumbo.

Prince Eric could rig an entire ship and swim deep into the sea to save his woman.

I can’t imagine how laborious Naveen’s breathing would have been had he had to smear peanut butter and jelly on a sandwich.

Eric was a whole sailor while Naveen’s backup career was playing music. Artists starve in good economies; How was Naveen planning to support himself let alone an entire family on a subpar musician’s salary?

Disney, you tried it!