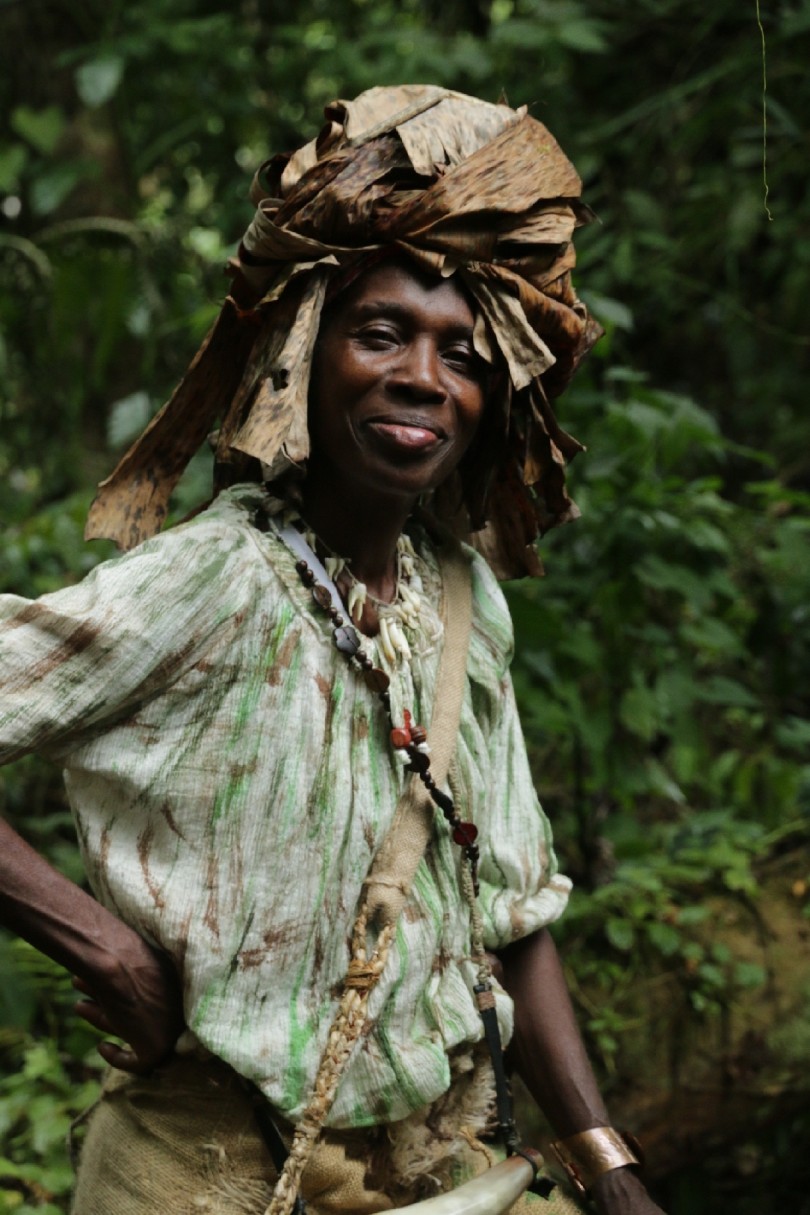 Roy Anderson is a man on a mission.  Following the release of his first successful documentary Akwantu which brought the story of the Maroons of Jamaica to an international audience, the professional stuntman who has worked with the likes of Will Smith and Denzel Washington has once again turned his eyes toward his home country with the follow-up story of Nanny of the Maroons.

In his next film Roy tells the story of Nanny, the Warrior Queen of the Maroons who successfully waged a war for freedom against the British, a story he was very eager to share:

Tell us about the “Nanny” movie?
For many years the maroons have been maligned in the way they have been depicted, in that their story did not really instill pride; especially to someone like myself as a Maroon descendant.   This version gives a chance to tell our own story through our own lenses and should have a direct impact on how it is received, especially because it is the story about one of our greatest ancestors, Queen Nanny. And while I don’t pretend that my version is the gospel, I do believe that it is closer to the truth. The Maroons were in a remote area of Jamaica their history was recorded orally. How were you able to gather the information for the movie script?
A lot of research was done by reading many books. Two outstanding books that stand out are: The Maroon Story, by Bev Carey, and True-Born Maroons, by Kenneth Bilby.  Surprisingly enough, there are also many online articles about the Maroons, but quite possibly the most important resource in putting the film together was making direct contact with maroons.  I was fortunate enough to have the benefit of talking with quite a few elders especially in Moore Town where I met Isaac Bernard a Kromanti specialist, and Charles Aarons, another maroon elder.  Most people are not aware that the Africans slaves who were brought to Jamaica primarily came from a port called Kormantse, located in the Gold Coast (modern-day Ghana). These Africans were generally referred to by the British as Coramantee slaves. In Jamaica these enslaved Africans formed a new culture which they named Kromant, probably out of respect for the place they were taken from.  This new culture in many ways foreshadowed the Jamaican motto “Out of Many One People” in that it was all encompassing and united Africans who spoke a mixture of different languages, including Twi a predominantly Akan language. Has the film been screened by an audience yet? What was the response?
The film is in the post production process and has not been screened as yet.  The first rough cut won’t be ready until summer, but based on sample footage I have seen so far, I am very pleased. Will the move be entered in any festivals?
Absolutely.

How will the movie be distributed? Are you currently working on getting it in theaters?
At this time there are no distribution deals in place. The hope is, that based on the success of Akwantu which really opened the door, we will have even more exposure for this film.  Additionally because the film is only an hour long it is not suited for theaters but is more educational and lends itself to group settings followed by discussions and question and answer periods.  The Jamaica Mission to the United Nations, which at present plays a leading role in the Slavery Remembrance Programme at the UN, is one of the sponsors of the film’s World Premiere in October.

Tell us about some of the talented actors in the film? Many of them are Jamaican…right?
This is a documentary, as such the focus is not on performers but there are key interview subjects, who make appearances and I believe will enhance the commercial viability of the film.  People like Rita Marley, Shelly-Ann Fraser-Price, Prime Minister Portia Simpson-Miller, Dr. Verene Shepherd, the Chair for Jamaica Reparations Commission and CLG Harris, former Jamaican senator, Colonel of Moore Town.  Gloria Simms (Mama G) plays Queen Nanny in reeanactments. Rita Marley, wife of the late Bob Marley, talks about Queen Nanny’s legacy and impact on contemporary women in general

Any great song tracks in the film?
This is primarily a labor of love, as such there really is not a budget to bring in established artists and because we simply cannot afford them. However, original songs which talk about the theme of warrior women are being created for the film.

Seven day, six nights, all-expense paid, my vacation destination is…
Jamaica no question, to relax and do more research. Thanks for the interview any closing thoughts for visitors to Jamaicans.com
Learning the history of the Maroons and that I was a descendant was the starting point for me, because it connected me to something so much larger than just me.  There was a whole story that needed to be told and for me I think it started with