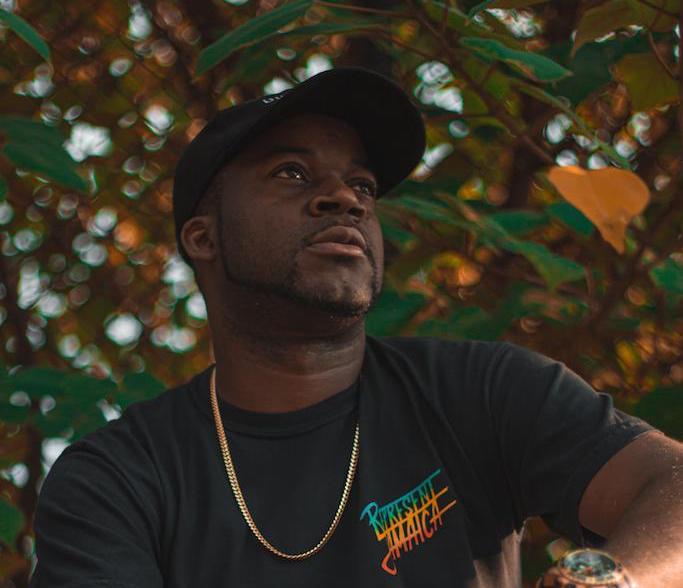 Born and raised in Kingston, Jamaica, Noah Powa has been in the entertainment industry from the early age of 13 years. After migrating to New York City, Noah made his mark through acting and DJing. In 2005 Noah played the lead role in the movie Bashment, and again in the 2010 film What Goes Around.

On social media his comedic impersonation of dancehall artist Bounty Killa, gained popularity with fans. Before long Noah Powa donned the ‘Influencer’ title, commissioned for skits and posts worldwide. With a strong fan base and a captive audience under his belt, Noah took to the artist route dropping his first music video ‘Feel It’ in 2018

VP Records has released the single and video for “No Stress” by Reggae/dancehall artist and selector Noah Powa. Originally featured on Strictly The Best last year, the single is now available for streaming on all digital music platforms.
Although he is known for his comedic and entertaining personality, Noah will be focusing on three singles this summer. In addition to “No Stress”, there is also the lead track on the upcoming Reggae Gold 2020, “Spend Nuff Money” which was released in April and bonus track “Comfort.”

Tell us about your background and how did you get started in the entertainment industry?
I started as a singer, then a selector and now a performer. I used to sing and I wanted more, so I began to do more performances.

How would you describe your sound?
I would say its a different and unique positive reggae/dancehall sound. I feel like I am similar to an artist like Bugle.

Tell us about your song “No Stress”? Did you write the song? What was your inspiration to write the song?
Yes. “No Stress” is an ode to the independent ladies who don’t need a man to survive. Everyone has emotions but it’s about putting your actions in a different way,” stated Noah about the single. “When you show you won’t take crap from no dude, your energy is just different and more positive.”

What is the best compliment you have gotten about the song?
That it’s a great song for women empowerment.

You have a few singles out there. When can we expect your album to be released?
It’s set to be released by the end of the year. It’s a special body of work because of the time I am putting into it.

Do you remember the first time you ever got on a stage to perform? Where was it and what did it feel like?
The biggest stages I’ve ever been on were Best of The Best and Sumfest. It was a great feeling, once you see the audience acknowledging you as an artist, vibing to your songs, it’s amazing.

What projects are you working on right now?
I am still promoting “Spend Nuff Money” as well as “No Stress” and “Comfort”. I am also finishing up the EP.

If you were stuck on a deserted island and given the choice of 5 songs to put on your music player which artists would it be?

My favorite guilty pleasure is…
Staying in bed late

Growing up my hero was…
The great selector Tony Matterhorn

The book, movie or song that changed your life?

A movie I never get tired of watching is…
Shottas- I love that movie, it’s entertaining

Thanks for your time. Do you any closing thoughts?
I am focused on my music and I am excited for everyone to hear what I have out and what is to come.