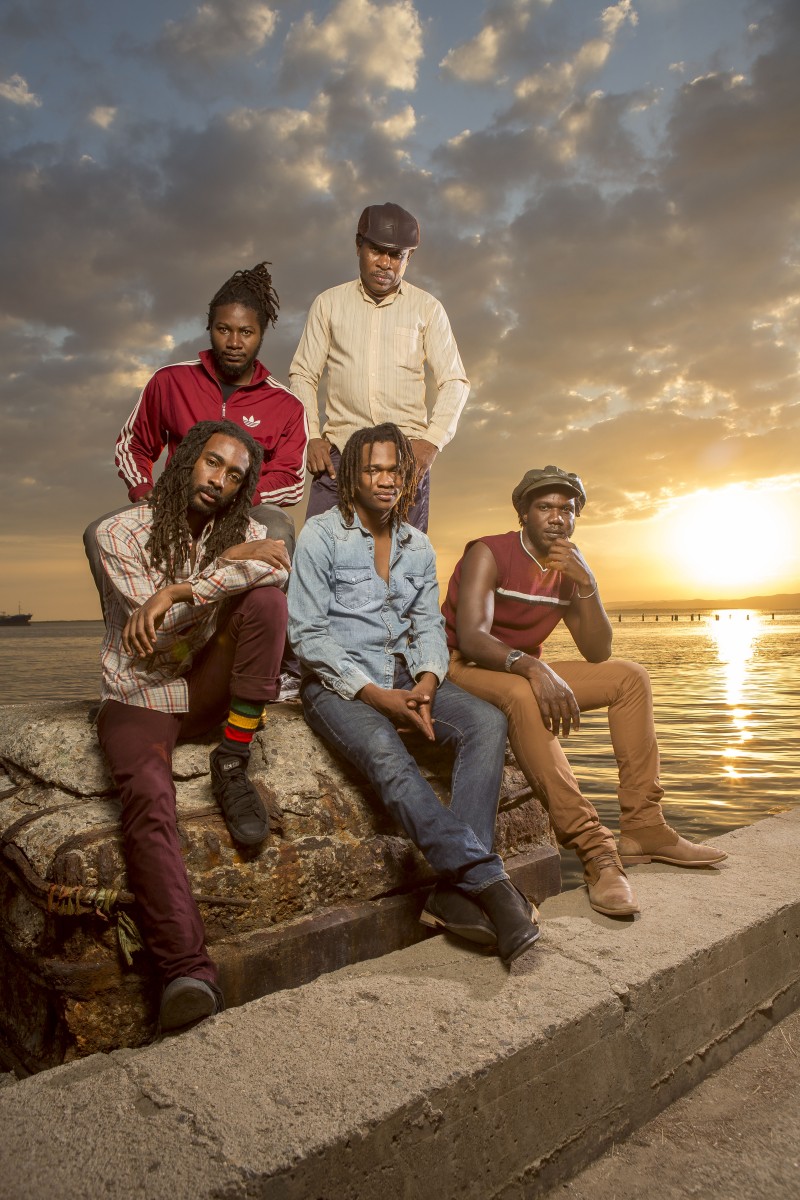 Raging Fyah, one of Jamaica’s most promising roots reggae bands of this generation, begins their U.S. Spring tour today (March 1) in Denver, Colorado. The five-piece Kingston collective will join Stick Figure in mid-March until the end of April for the cross-country Set In Stone Tour. Raging Fyah will head back to the U.S. on May 29 to perform at the annual California Roots Music and Arts Festival. See full tour schedule below.

The group is also gearing up to release their eagerly-awaited studio album Everlasting, due in May 2016 on Dub Rockers, the newest imprint from the world’s largest reggae distributor VP Records. Raging Fyah will tour in support of their first two albums Judgement Day (2011) and Destiny (2014) as well as showcase new music from Everlasting.

Since their debut, Raging Fyah’s infectious vibes and soul-filled sound continue to make waves in the latest reggae renaissance.  The buzzworthy band made both OkayPlayer LargeUp’s and  Marley Natural’s 2016 Artists To Watch list, and their upcoming release has been selected by The Pier as one of 2016’s Most Anticipated Albums.

Raging Fyah consists of Kumar Bent (lead singer), Courtland White (guitarist) Anthony Watson (drummer), Demar Gayle (keyboardist) and Delroy Hamilton (bassist). Some of the members met at Edna Manley College of Visual & Performing Arts in Kingston, but the band itself didn’t form until 2006. Inspired by the likes of The Wailers, Third World, Steel Pulse and Aswad, Raging Fyah tackles similar topics of socio-economics and politics with an underlying message of hope and inspiration. These lyrics, fueled by passion and purpose, flow over their lush lively instrumentation, creating a vintage appeal coupled with a fresh contemporary flare.

The group has already made a name for themselves in their native country, playing the biggest shows (Reggae Sumfest, Rebel Salute and Jamaica Jazz and Blues Festival) and has a devoted following internationally, from tearing up stages in South America to headlining major European reggae festivals (Summerjam, Rototom Sunsplash and Garance).  They are now steadily capturing the hearts of North American listeners. Raging Fyah completed a mini-tour in California last year and played at the annual Sierra Nevada Reggae Festival in 2014. On the U.S. Spring 2016 tour, the group hopes to expand their growing fan base and reach untapped markets.