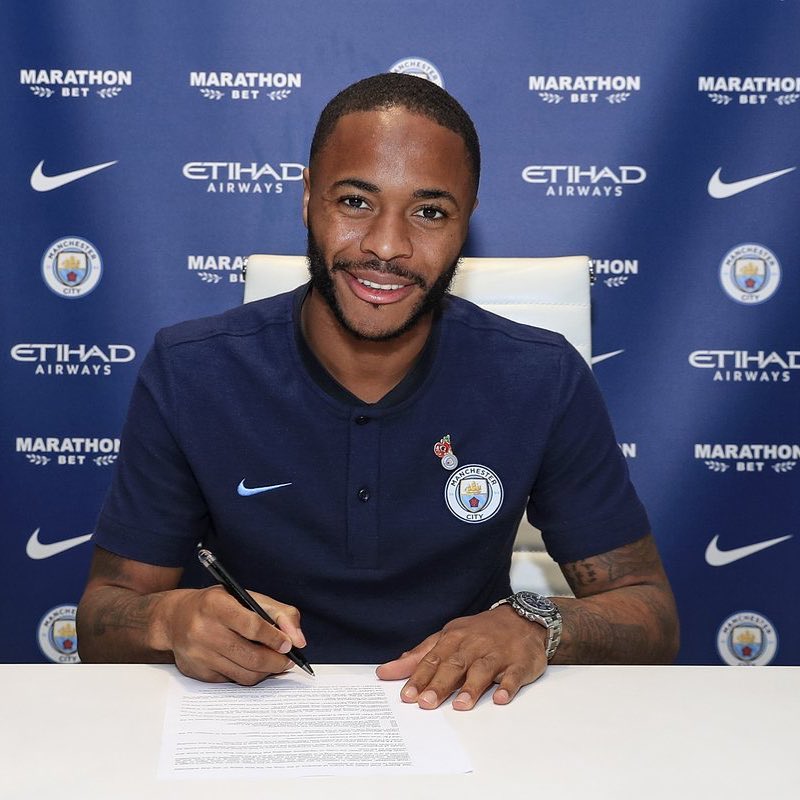 On December 8, 1994, Raheem Shaquille Sterling was born in Maverley, Kingston, Jamaica. Sterling’s father wasn’t in his life and was murdered in Jamaica when he was two years old. Sterling and his mother immigrated to London, England, where he attended Copland School in Wembley in Northwest London.

A winger, striker and attacking midfielder, he’s known for his dribbling skills, pace and game maturity. His small stature gave him a low center of gravity and flexibility. Combined with a great deal of upper body strength, he was well able to meet the challenges of the sport’s top players.

He was signed by the Liverpool youth team from the Academy at Queens Park Rangers in Feb. 2010. He scored in the FA Youth Cup and had five goals over Southend United on Feb. 14, 2011.

Sterling’s senior debut with Liverpool was on March 24, 2012 as a substitute when he was 17. The game marked him as the third-youngest player to play for the club. During the 2012-2013 season, he made his European debut in Aug. 2012 as a substitute in a UEFA Europa League qualifying match.

He received his first start in the league on Aug. 26, 2012 in which he was named man of the match. He was also among a select group of boys that went to Switzerland in a UEFA Europa League match. Sterling scored his first senior competitive goal on Oct. 20, 2012, distinguishing him as the second youngest player to ever score in a competitive fixture for Liverpool.

Sterling received the 2014 Golden Boy Award on Dec. 20 2014. He was excused from play at the team’s FA Cup match against AFC Wimbledon to prevent exhaustion and Sterling used the time to return to Jamaica on holiday.

The footballer also generated controversy along with accolades. Sterling gave an unsanctioned interview with the BBC mentioning an ongoing contract dispute. His agent gave an interview with the London Evening Standard that was ill-received by the club.

He was transferred to Manchester City on July 12, 2015 for £44 and the potential for an additional £5, making him the most expensive transfers of all time. A groin injury on March 20, 2016 put him out of the game for eight weeks and he lost his place in the starting lineup.

Sterling was Premier League Player of the Month for Aug. 2016. On Aug. 12, 2018, he scored his 50th Premier League goal. Controversy again emerged resurfaced in Dec. 2018 when he made allegations that the media’s portrayal of young black footballers instigated racism and that he had been the target of racial abuse.

He’s been arrested for common assault on former girlfriends, but found not guilty. He stirred further controversy when he was photographed by the Sunday Mirror while allegedly smoking a shisha pipe. The Sun photographed him not long after, allegedly inhaling nitrous oxide for recreational use.

He has an M16 rifle tattoo on his leg that drew criticism from anti-violence groups. Sterling said it referred to his father that was gunned down. The footballer was attacked on Dec. 16, 2017 in a racially motivated assault.

Sterling made a donation to those affected by the Grenfell Tower blaze in June 2017 during which 71 people lost their lives. He signed a promotional deal with Nike in 2012 and modeled the company’s Mercurial Vapor IX cleated shoes in Jan. 2013. He has one daughter, Melody Rose.