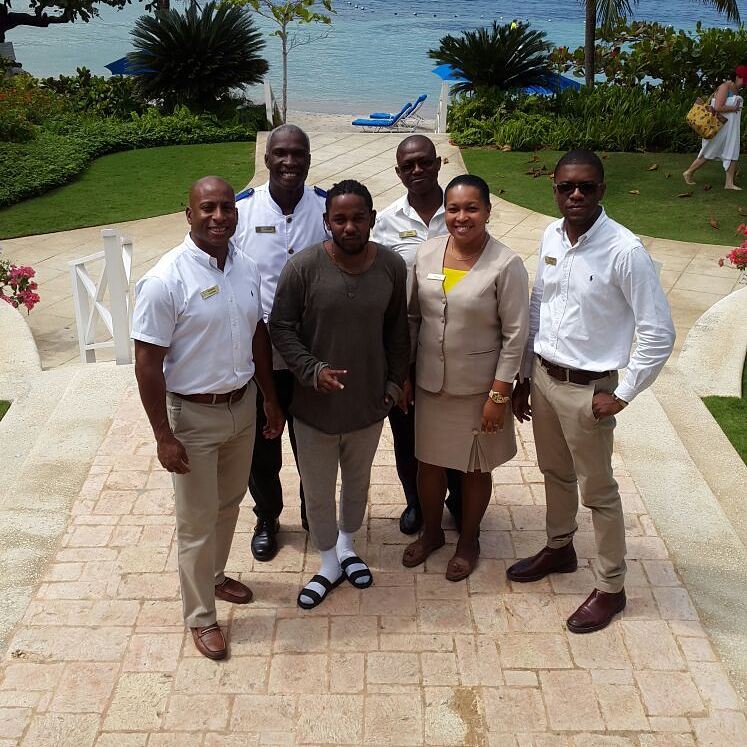 Kendrick Lamar, Compton rapper, made a visit to Jamaica and met with Assassin, his collaborator on the track “Blacker the Berry.” He visited some of the island’s many location attractions, including the Bob Marley Museum and Usain Bolt Tracks and Records. Lamar spent some time with the Olympic champion sprinter at one of his training sessions at the University of the West Indies Bowl. Lamar performance at the 2016 Grammys featured “Blacker the Berry,” which also appears on his “To Pimp a Butterfly,” which won the Grammy for Best Rap Album. Lamar won a total of five Grammys at the awards ceremony. Over his career, Lamar has won 39 awards, including seven Grammys and the ASCAP Vanguard Award for his composing work. At the 2016 Grammys, he won the award for Best Rap Album, Best Rap Song, Best Rap Performance, and Best Rap/Sung Collaboration. He received his second nomination for Album of the Year as well.