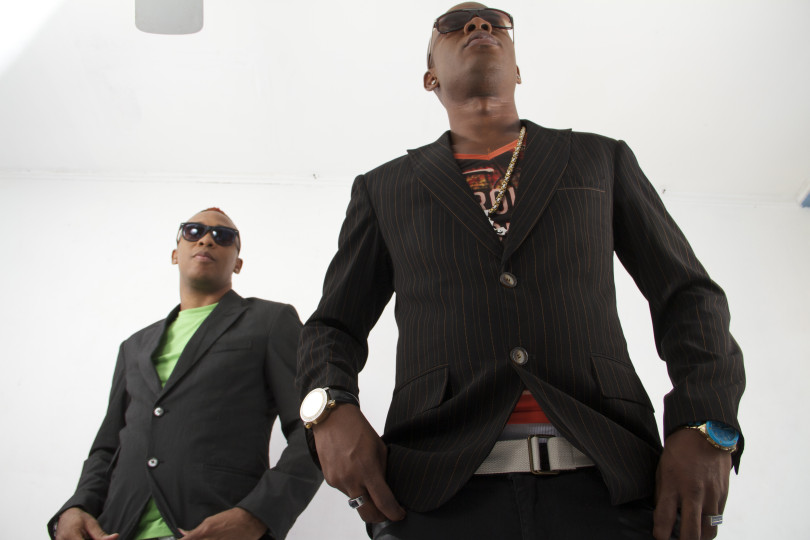 RDX recently appeared in Bermuda for Soca Vs Reggae and represented the genre of Reggae music with pride and mad energy!

Soca music was ably represented by 5Star Akil and Shal Marshall while Reggae music was pioneered by RDX and Gyptian. For this friendly match up, it was clear that Reggae reigned supreme.

This isn’t the first time the dynamic duo, RDX, has hit the clash stage and given musical competition to other genres. Over the years they have reigned supreme in Holland, New York and many islands in the Caribbean.

Many Jamaicans may ask why RDX, predominantly a Dancehall Act, is representing Reggae Music. The Duo is quick to remind them however that RDX literally means Reggae Dancehall Xtraordinairs, also in the wider world people don’t or can’t differentiate Dancehall from Reggae. The duo can also tailor their set to suit a variety of audiences.

“Yes. When repping Reggae you will have more mature people in the audience so you haffi mix it up a bit more. But it is not like we ago grow locks and wear Red, gold and green.” Renigade explained

For Soca vs Reggae in Bermuda the huge crowd followed the lineup for the night; one Soca act and then one Reggae act. Gyptian gave a great performance, setting the stage for RDX to take the clash trophy home for Reggae Music.

“We pretty competitive generally and we don’t back from a challenge, albeit a friendly one on this occasion. So we go out there with winnings in mind.” Delomar added

RDX recently had another show stopping performances in Tobago alongside rapper Young Thug. Later this month they will be releasing the music video tribute to dancing great Gerald ‘Bogle’ Levy with their single ‘Mr Wacky’.