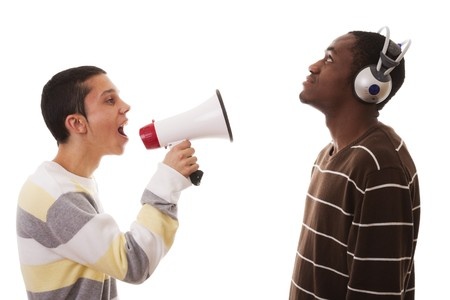 In the age of racially-charged discussions and political correctness, some Black Americans may think that Jamaicans do not get racism. Many don’t. Jamaicans who arrive in the US sometimes have a difficult time understanding racism. It isn’t that we are not aware of racial disparities but rather, being from a country which is predominantly black, it sometimes has to hit us in the face before we are able to recognize it. Here are some possible reasons Jamaicans don’t get racism.

1. We did not grow up seeing race.
When we played Chinese skipping or marbles with our friends, we didn’t see race. Some were probably Indian or Chinese descendants but our friends were just our friends – not people of a different race. In fact, for many of us, it wasn’t until adulthood that we began to notice what was ‘different’ about our childhood friends, and even then it didn’t matter.

2. We filter things differently.
Since we haven’t been exposed to blatant racism in our own country, we don’t readily conclude that someone’s action toward us might be racist – even if it is. For example, if we get into an elevator and people move to the side, we might think there is a problem but don’t automatically assume racism. Likewise, in a restaurant if we are not served right away, we won’t necessarily think that it is because we are black. Our social construct did not expose us to these behaviours at home which allow us to see it through different eyes.

3. Jamaicans cling to the “Out of Many One People” motto.
We believe in our motto that proudly proclaims our heritage as a mixed race people. We openly talk about our DNA makeup – who is mixed with what race and nationality. It’s a natural thing for us and being mixed does not make you any less Jamaican.

4. There are no black or white neighbourhoods.
The neighbourhoods in Jamaica are not distinctively white or black. Rather they are divided along socioeconomic class which, in Jamaica, is a much bigger issue than racism itself. There are many who feel that people of a lower socio-economic background don’t belong in certain communities regardless of how hard they have worked to achieve what they have. For Jamaicans, discrimination because you are poor is a much more profound issue than racism.

Recent events have pushed the issue of race into the limelight even more. This presents the perfect opportunity for Jamaicans who have now become part of a minority in foreign lands to develop a new perspective and appreciation of the struggle for racial equality. It is also a learning moment for African Americans to understand that not all Blacks everywhere are familiar with race discrimination and oppression. We can both learn from each other and help each other fight racial inequality.