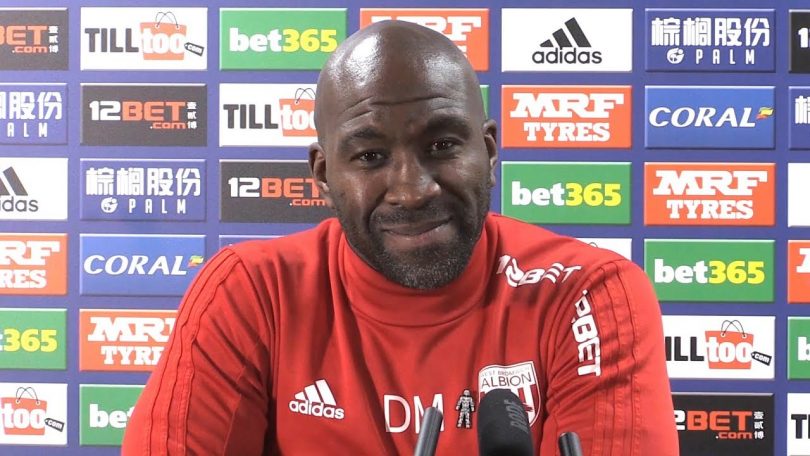 Darren Moore, a former player with Jamaica’s Reggae Boyz team, won the title of Manager of the Month for April 2018 in the Premier League. The West Brom interim boss was voted Manager of the Month just a few hours before the West Brom Baggies were officially relegated from Prem after eight years as the Saints defeated Swansea. The victory of Southampton over Swansea dashed West Brom’s dreams of achieving the Greatest of Great Escapes in history. Moore guided the Baggies to three victories and two draws for the five games where the caretaker boss was in charge. Moore, 44, added wins over Pep Guardiola and Roy Hodgson to the increasingly long list of top bosses he has out-performed since replacing Alan Pardew. Both Guardiola and Hodgson were in the running for the Manager of the Month Award, as was Everton’s Sam Allardyce. Moore outdid them all with one of the most memorable turnarounds in recent times. He was recognized for having guided West Brom to amazing results over his time as caretaker. Alan Pardew was let go at the beginning of the month, and since then, Moore, the former Reggae Boy, attained two draws and three victories that included wins away to Manchester United and at home versus Tottenham. The match with Liverpool ended in a 2-2 draw. In spite of Moore’s efforts, however, the club was relegated after the Southampton win. For his part, Moore said he was “really delighted” to be named Manager of the Month, noting that it reflected a “wonderful joint effort” by everyone. “We’ve just brought some unity here and it’s helped the players put the performances together on the pitch,” he said. West Brom will go to Crystal Palace for their final match in the campaign.