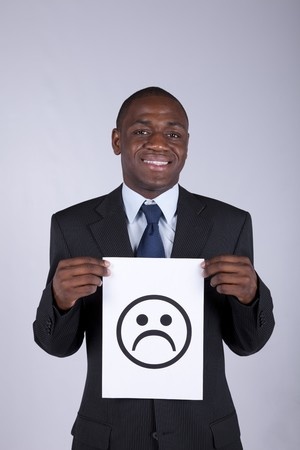 While I agree with many who have seen the recent CNN report on the deeply regrettable murders of the two American missionaries, that CNN has become almost a parallel reflection of Fox (unNews). The Banfield comment, in the way that it was delivered during that broadcast, is likely to cause a tourism and investment backlash for Jamaica, and we need to look deeply inwards now, to how we – each of us – will choose the way forward for the healing of our people and the perspectives of ourselves within others.

To the politicians among us who read this; to the onlookers, and those in the Diaspora who might feel that they don’t have a role to play in turning around this situation, please reconsider, and be a part of the pivotal changes that are needed now. We are at a very critical juncture in our history! I have been writing for many years that if we do not turn this ship around, what we are witnessing now, and have been for the past 30 +years, will be viewed as ‘the good old days’.

For many moons, we have listened to our politicians of green and orange persuasions, including recently, speaking out on the issues of tackling crime in Jamaica. However, is there a certain element of hypocrisy in it all, given that it is, reportedly, the political machinery, over the past 50 years of independence, that has bred such conditions on the road to partisanship leadership?

Let the nation’s politicians begin to cure the nation of crime by coming together, as leaders, to uproot the weeds that they have sown, and, that have grown resistant to honour, rather than continually exposing our security forces brothers and sisters to wild goose chases, and impossible tasks, as the partisan criminals continue to be protected by those who seek to lead this nation into harmony and greatness. And, in tandem with re-educating and sensitizing their criminal contingencies, focus on socio economic programs that enhance the self-worth of our people, encouraging the best of their, innate, co-creativity with others. Let’s get ‘real’.

We will know that our leaders are serious about crime fighting when the majority of them – or all of them – are brave and visionary enough to go into their own constituencies, publicly, and speak with honour to those who have, allegedly, borne arms on their behalf, and committed atrocities on behalf of their political positions, and seek to recall the weapons and armaments, as they teach new skills, new thoughts, new feelings, and, new behaviours in UNITY, for the nation’s highest good. We need to understand that those who were, reportedly, encouraged to become criminal supporters of political leaders, for the sake of power and control, are themselves, innately, very, very creative and beautiful people and citizens, who, deep inside of themselves, have the same deep aspirations for the safety, longevity, and success of themselves and their families, especially their children, rather than – as we have been told – not be able to have a vision of their children growing up into honourable adulthood, and the fulfillment of their dreams as good people, rather than expect them to be killed in the cross fights of our times, by age 19.

If not us, then who will turn these conditions around, for a lasting, visionary, honourable, loving, and sustainable peace for us ALL? We know that we have the, innate, capacity of creating a wholesome society, because we have as a reference point the goodness and unity of our native Taino ancestors who are said to have been loving and peaceful people, until they were faced with, and had to learn to stave off, the atrocities brought to this land by others whose objectives were to plunder and destroy that innocence that they found here. Will we choose to awaken to what is possible, as we reconstruct our nation, in wholesome ways? I know that we have all that we need within us to do so. Do you?