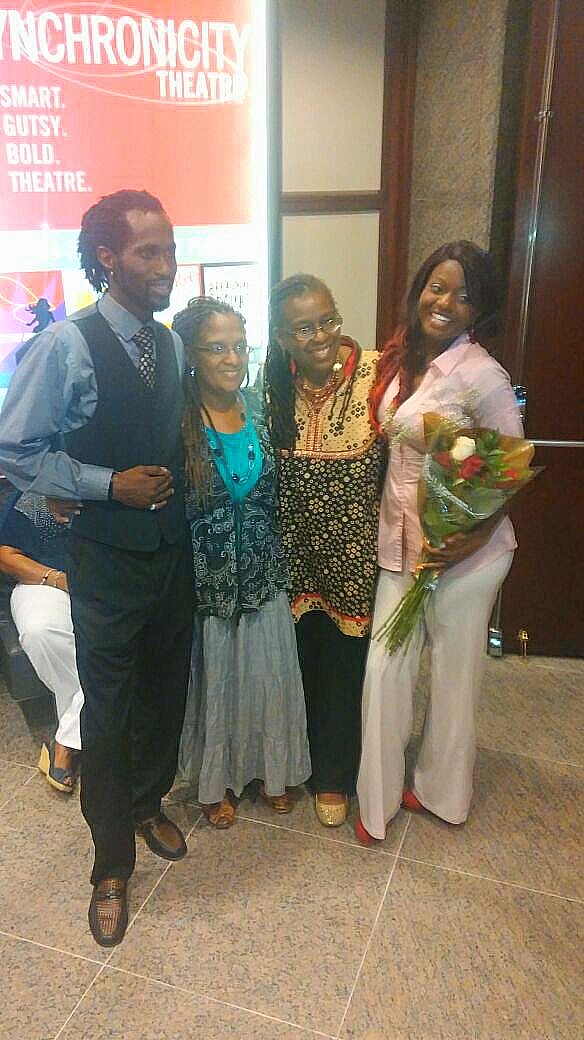 An exciting theater experience, that according to the Jamaican Daily Gleaner kept audiences on the edge of their seats; RESIDENT ALIEN , written by Dr. Claire A. Nelson, tells the story of a young Jamaican woman’s journey to obtain a Green Card. The play ‘Resident Alien, received critical acclaim over a three month run in Jamaica, and a month in Barbados. The lead character Angela Browne is played by Cherrie Garden, who has impeccable comedic timing that will keep the audience laughing. Angela’s hopes and dreams of staying in America are undeniably attainable to her. She arrives at her cousin, Claudia Wells’ (played by Samantha Samuels) apartment and surprises her with the news that she expects to somehow find a man to marry her and get a Visa. At the recommendation of her friend who still lives in Jamaica, she meets a “shady” character named Tony Hendricks, played by Thaddeus Nathaniel, and the two develop a flirtatious relationship. The visit that is to last only three weeks extends to a permanent situation in Angela’s mind. Claudia and Angela are the perfect odd couple when it comes to housekeeping ideals and soon begin to clash. ‘Resident Alien’ is a rollocking vehicle for the journey through the transition into immigrant life in America.

Dr. Claire Nelson is an award-winning writer, performance artist, and storyteller. Also known for her work as the architect and chair of the Campaign for National Caribbean American Heritage Month, Nelson uses her gift of storytelling to educate and empower, boldly exploring dire situations with comedy. Many of her writings address life in Caribbean America and offer people of the Caribbean Diaspora the opportunity to laugh at them-selves, and gives others a glimpse into the life of the immigrant. Nelson, who has spent some time as artistic director of the Mudra Caribe Dancers and Caribbean Heritage Group, has also worked as a technical advisor on the Warner Bros film ‘Clara’s Heart’, and as executive producer of the Caribbean American Heritage Awards.

This production is directed by Chris Scott and produced in partnership with the Caribbean Association of Georgia (CAG). It is sure to make the audience laugh, cry and leave them wanting more.

The proceeds of the production of Resident Alien will support the Cascade Medical Mission an organization which enhances access to healthcare in Portland, Jamaica. CAG is proud to partner with Friends of Cascade and is committed to playing a role in bringing to light the culture and needs of our community..

Get a sneak peak at the coverage of the play when it was in Atlanta 2015 ‎with the interview of Director Chris Scott on www.CaribbeanFocus.tv, click here: https://youtu.be/3XhWq6R_lgM