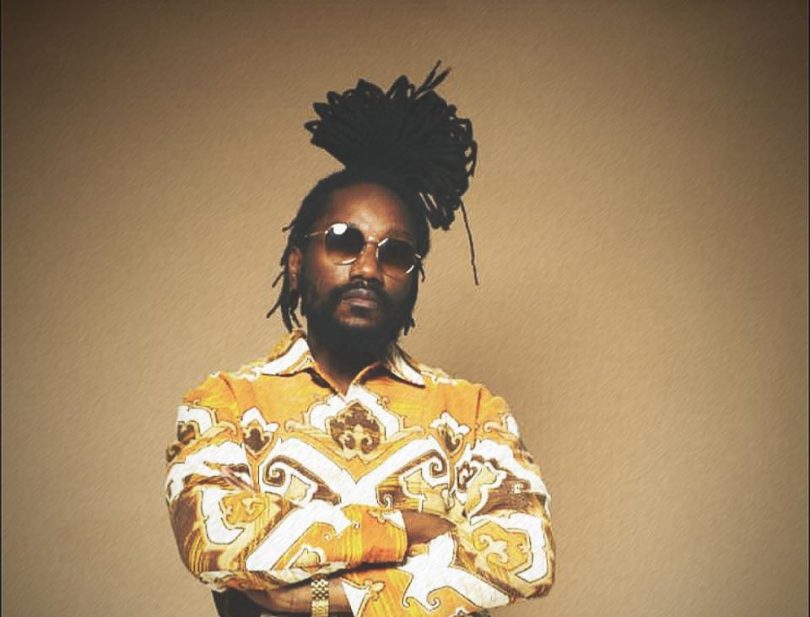 Many were talented, many were witty, but then there was one.

I remember some years ago, the newly coined “Reggae Revival” was in full swing, it ushered in a wave of what we call lyricists and a renewed focus on lyricism, and yes many were talented, many were witty but then there was one, Kabaka Pyramid. The Hip Hop influence is more than evident in his delivery, but not at the detriment or expense of his Reggae/Dancehall/Jamaican roots. In a time when many confuse being a lyricist with being a wordsmith, there stood an artist that was gonna lyrically mesmerize and drop some knowledge while doing so.

At my first stop in 10 minutes, but sat there for an hour and a half

Its the last quarter of 2022 and a year that’s been less than impressive in terms of Reggae and Dancehall outputs. Many have been craving something special, something to stimulate the ear palate, well here comes Kabaka Pyramid with “The Kalling”. The full length album was available on September 30th and I was eager to dive in, but a busy schedule had me behind by a couple days. I had some errands to run on Friday evening, so I figured hmm, while in the car I’ll get to listen. I hopped in my car, backed out the garage, connected to bluetooth and hit play, I was at my first stop in 10 minutes, but sat there for an hour and a half unable to stop listening.

The album registers at 55 minutes of listening time but took me about an hour and 30 minutes after all the start overs, and pull ups I had to do. The Album starts out with “Mystik Man” which has Kabaka P in his customary chopping flow, a mix of lyrical mastery and immaculate timing, fused with a track that would make you listen to it as a straight instrumental. And oh, the classic Peter Tosh sample took it from earth to the moon immediately. I know Peter Tosh is somewhere saying “Well Done” no pun intended.

The album has an abundance of features, which is normally a recipe for disaster, but not in this case. Every single feature is perfectly timed, and perfectly placed, and manages to maintain the brilliance, instead of just being there  to “Make Things Work”

Buju Banton delivers a great performance, but the ascent to greatness is really propelled and cemented by the great Junior Byles classic “Fade Away’ as the chorus.

On a project so heavy with features, it’s amazing that it still manages to be a Kabaka Pyramid album, and his presence doesn’t get lost. Yes he’s still the conductor

Dancehall artist Tifa gives a very refreshing output with the playful His and Her style bantering on the song “Rastaman”. Jemere Morgan brings a nice “Energy” and also shines on “Grateful”.

The title track “The Kalling” is a sonic marvel. Starting with the pure and haunting vocals of Stephen Marley, who historically never disappoints. Kabaka P takes off with the usual lyrical mastery that he’s known for, then Protoje takes the baton handoff and smoothly runs the the third leg of this musical relay like only he does. The Small Axe Jesse Royal runs the anchor with his wizardry that has me continuing to compare him to the legendary Peter Tosh. This track is a sonic beauty who’s only fault is not being 10 minutes long. Well done, this here feels like 2012, when Marvel assembled The Avengers.

When we speak of Damian Jr Gong Marley, It’s normally as one of our top artists, but in recent years he’s been spending more time as a producer and on this project, he delivers a masterpiece.

Black-Am-I delivers on “Mary Jane” and the legendary tone continues with the Edi Fitzroy classic, “Easy Ride” being reinterpreted as EZ Ride

15 amazing tracks, with features from; Buju Banton, Jemere Morgan, Damian Jr Gong Marley, Nathalia, Tifa, Stephen Marley, Protoje, Jesse Royal, Black-Am-I, Answele, and Produced by Damian Jr Gong Marley. Ghetto Youths International and Bebble Rock Music left no stones unturned. I’m writing this after seeing the movie “The Woman King” and I can firmly say, I saw my favorite movie of the year and listened to my favorite album of the year. Kabaka P and Jr Gong, you did it. Musical excellence was achieved. I needed it, the genre needed it and we thank you.