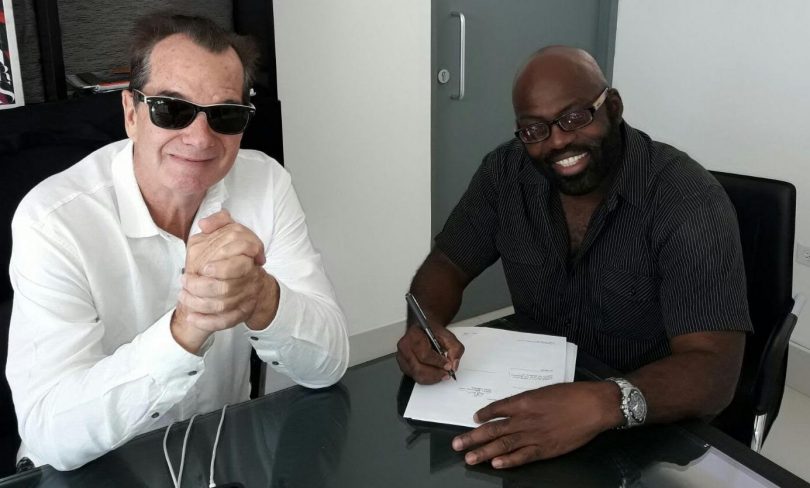 Singer Richie Stephens & his Italian based Ska Nation Band are heading to Montego Bay, Jamaica this summer. The group is confirmed to headline Reggae Sumfest 2017, which unfolds at Catherine Hall in Montego Bay on July 16-22.

Ska Nation Band member Papa Leu was at a lost for words when he received the news about the Sumfest confirmation.

“Speaking on behalf of the band, I can say getting booked for Reggae Sumfest is a big, big feather in our cap. I am excited! It’s a dream come true for all us.”

Rankin Lele of Ska Nation and Adriatic Sound in Italy is also excited about the opportunity to perform at Jamaica’s premier summer festival for the first time. He said the group has a huge global fan base, especially in places like Japan, Italy and other parts of Europe. He plans to reach out to his fans to attend the summer festival in Montego Bay.

“Our fans are our extended family, so once word gets out that we are booked for Sumfest, Joe Bogdonavish and his team, better start preparing for the thousands of Ska Nationites from around the world who will be traveling to Montego Bay to see us create history. We are a traveling band. We are booked for some of the biggest Ska and reggae festivals in Europe this year. We plan to spread the word and excited fans about Reggae Sumfest and Jamaica. Signing us for this gig is a brilliant move that I am sure will pay dividends for Sumfest and Jamaica in a big way” Lele noted.

Richie Stephens, who has travelled the world and performed on some of the biggest international festivals has not performed at Reggae Sumfest in many years.

“We are truly blessed to be booked for Sumfest, the biggest festival in Jamaica, so soon after putting the band together. God is truly amazing! I am ecstatic. I have not performed at Sumfest in more than a decade which will make my appearance there, that more significant” he said.