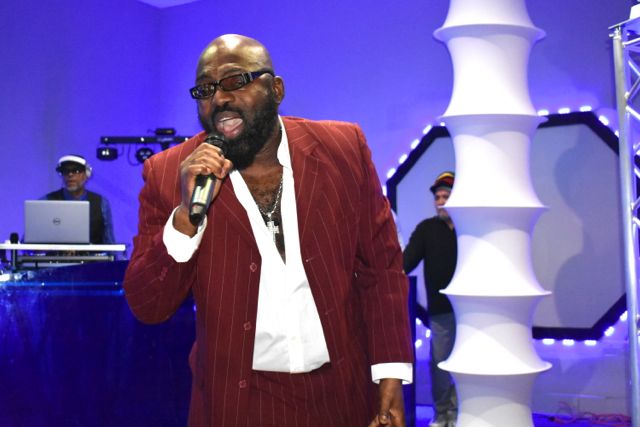 Last month’s official launch party event for Island Energy Drink in South Florida took place at Krave Lounge in the City of Sunrise. It was a well-attended affair that also featured famed reggae singer, Richie Stephens, and brand ambassador, Everton ‘E-Dee’ Dennis to pump up the vibes.   Entirely made in the U.S.A., Island Energy Drink is made from natural organic agave sweetened from the agave cactus plant.   This formula has been said to capture the energy of the island sun, while getting a boost of caffeine for long lasting energy.   Island Energy Drink is available in the eastern, western, and southern coasts of the U.S. and has been getting great feedback from consumers in those markets. E-Dee, who also goes by the moniker of ‘The Dancehall Celebrity’, was featured in the official commercial for Island Energy Drink that was shot in both South Beach, Miami and Hollywood, California.   Mr. Dennis entered the Jamaican music scene in 2007 with his collaboration titled, Revolution, alongside Irie Love. The song hit the top ten on the Reggae Island, and ‘The Dancehall Celebrity’ garnered an EME award for best song collaboration. 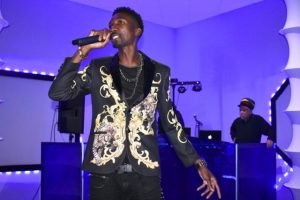 E-Dee burst onto the stage at the crowded Krave Lounge while clad in a black blazer emblazoned with fancy gold colored design patterns.   He was definitely in command while delivering a batch of his hit songs.   Indeed, E-Dee’s energetic performance was a strong testament as to why he was chosen as brand ambassador for the new Island Energy Drink product. That is, to lift up the vibes of the brand!   Following E-Dee, was reggae crooner, Richie Stephens, who hopped on stage with his signature smile. Clad in a burgundy pinstripe suit and collared white shirt, Stephens was all about business as he charged through his enviable vault of hits.   He started off his set with the melodic Fight Back, an amazing song which he recorded alongside the magnificent reggae singer, Garnet Silk, who passed away with his mother in a tragic accident in 1994 when a gas cylinder exploded and sparked a fire at a house he was having built for her in Mandeville, Jamaica.   It certainly felt like a touching tribute to Silk, as the audience sang along with Stephens—who then dished out his lovers’ rock anthem, Trying to Get to You, followed by his smash hit, Weakness for Sweetness, a fitting tune for Island Energy Drink’s launch party occasion.   Perhaps the biggest highlight of Richie’s storied career as a reggae and dancehall singer was his Sail Away riddim—which was released in 1998 on Stephens’ Pot of Gold recording label. Recorded at Studio 2000 in Kingston, the Sail Away riddim was sampled in 2016 by the Barbadian superstar songstress, Rihanna, for her infectious international hit—Work. Rihanna’s revival of Richie’s big riddim led to him receiving a pair of awards from the American Society of Composers, Authors, and Publishers (ASCAP).   All in all, the Island Energy Drink launch event at Krave Lounge went off without a hitch.   A.J. ‘Boots’ Brown, lead singer for the world renowned Third World band, was also in the house to enjoy the vibes. 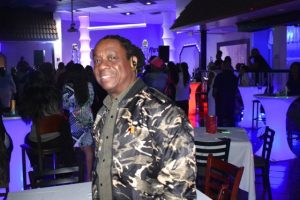 Photos taken by Nick Ford, who lives and works in South Florida.