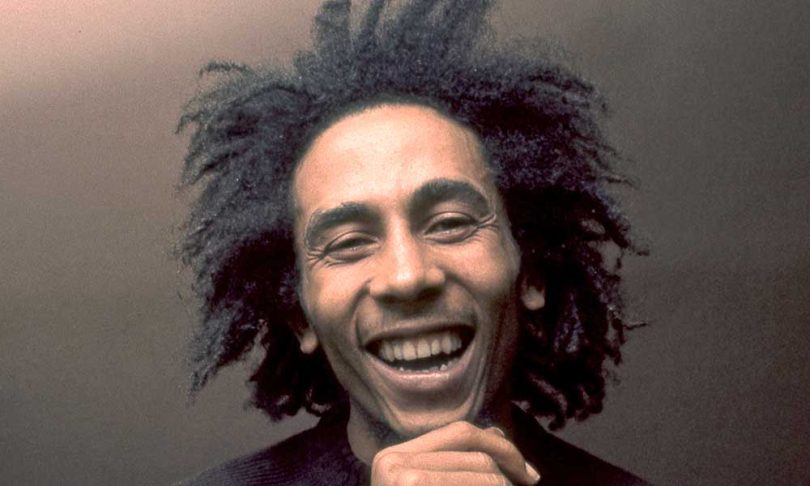 For more than two decades there has been growing calls from sections of the Jamaican population for the naming of the Honorable Robert Nesta Marley (Bob Marley), O.M, and the Honorable Louise Bennett-Coverly (Miss Lou), OM, as the country’s latest National Heroes. These calls have now restarted elevating the debate especially in the last week with Barbados naming Rhianna Fenty as its twelfth National Hero on the celebration of that island’s 55th year of Independence and the declaration of itself as a Parliamentary Republic.

It is generally accepted that a hero is a person who is admired and acknowledged for their courage, outstanding achievements, and noble qualities. By extension, a National Hero is someone who, beyond that, has made significant positive contributions to the growth and development of society, and someone who represents the vast majority of all of us. In the circumstances, I am prepared to state that both Bob Marley and Miss Lou fully satisfied those requirements to be accorded the status of the island’s eighth and ninth National Heroes respectively. That notwithstanding, there are some highly placed Jamaicans with significant influence who are opposed to the elevation of Marley to this status and as a result, considerations regarding Miss Lou are impacted by their bias. After all, how could they support one and not the other? 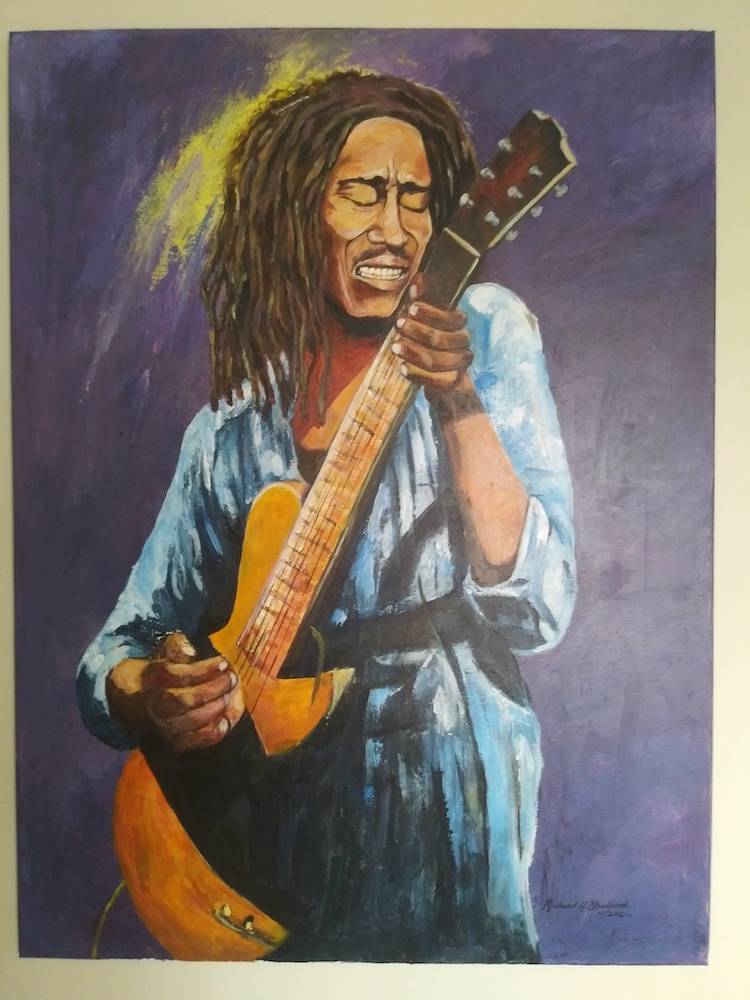 Throughout the entire globe, the Honorable Robert Nesta Marley, OM, is proclaimed and accepted as the “King of Reggae.” To the worldwide audience, Marley is accepted to have charted his own course in the music industry with passion and creativity as a song writer, singer, and performer, and had successfully transcended three Jamaican musical genres from the 1960’s through to the early 1980’s – Ska, Rock Steady and of course Reggae which was his most influential musical form. It is no accident that forty years after his death, his music is still relevant to millions of people across the globe, so much so that no matter where you travel in the world, people will undoubtedly know of Bob Marley. His legacy is loved and respected by many, and his music is practically a religion on its own. It is intriguing that while many are familiar with his music, they may not know who he was and what his impact was on Jamaican culture. Yet we in Jamaica who are aware of his impact on the island’s culture, are unwilling to give him his due.

I was in my 18th year when I saw Marley perform live on Sunday, December 5, 1976, at the Smile Jamaica Concert at National Heroes Park. Marley had only two days before, narrowly escaped death when more than half a dozen gunmen invaded his home at 56 Hope Road in Kingston. Marley suffered a gunshot wound to his left arm during the attack while his wife Rita and Manager, Don Taylor suffered more serious injuries and were admitted in hospital.  The attack was aimed at deterring Marley, from performing at the “Smile Jamaica” dubbed concert which intimated his support for the then PNP led governing political party and conflicted sharply with his generally accepted a-political stance. The attack had the effect of elevating Marley in the eyes of a majority of ‘salt-of-the-earth Jamaicans’(myself included) as bigger than the island’s divisive politics and as a local hero who had triumphed above the adverse intent of his attackers. I saw him a second time at the National Stadium at the “One Love, Peace Concert” on Saturday, April 22, 1978, and  I can attest to the magic of his performances as his passion overflowed the stage and into the consciousness of his audience.

Author Timothy White in his book “Catch A Fire: The Life of Bob Marley” hailed him as the “most charismatic emissary of modern Pan-Africanism and regards Marley as one of the greatest musical legends of our time. At 33 years of age, the philosophy that guided his existence was omnipresent in his music; a philosophy which primarily emphasized peace, love, equality, and his spirituality. His commitment to his Rastafarian faith and his views on social issues were the cornerstone of his music. It was this passion which to this day, has served to influence the acceptance of Reggae music by people worldwide, particularly in Europe, North America, Africa, and the Caribbean.

Reggae music originated in the bowels of Kingston’s inner-city communities in the second half of the 1960s, just a few years after Marley had moved from Nine Miles in St. Ann to Trench Town in Kingston. The music was largely scorned and rejected by mainstream Jamaica and made up less than 5 percent of the play-list on the island’s local radio station. A decade later, Marley had three albums in rotation and several entries from each had slipped into both the RJR and JBC record charts. Over the next five years, Robert Nesta Marley would be principally responsible for Reggae’s acceptance as a major music-form not only in Jamaica but across the entire world. This fact was underscored by the 2019 declaration by the United Nations that Reggae, the Jamaican music that spread across the world with its calls for social justice, peace, and love, be declared a global treasure that must be safeguarded. According to the citation published by the Paris based UNESCO, “Its contribution to international discourse on issues of injustice, resistance, love and humanity underscores the dynamics of the element as being at once cerebral, socio-political, sensual and spiritual.”

Jamaica’s Reggae music and Rastafarianism together combine as integral components of the island’s cultural exports and are together responsible for pulling hundreds of thousands of tourists the world over into the island. Admittedly, the unmistakable and most recognizable face of that export is Robert Nesta Marley. In this regard, Marley’s contribution to music and to Reggae has been internationally and locally recognized with his song, ‘One Love’, voted the best song of the 20th century, while the album ‘Exodus’ which was released in 1977 and which stayed on the UK’s music chart for 56 consecutive weeks, was voted the greatest album of the Century by the US based, Time Magazine. Both accomplishments must rank among the most the most outstanding achievement any artiste could possibly desire.

One could say that Marley’s own life experiences led him to championing the fight against oppression and inequality and to support the cause of the underprivileged. He was born a mulatto having a white father and a black mother and suffered considerable derision from his peers about his appearance. The experiences shaped his development and influenced the message in his music. He became the voice of the oppressed in Jamaica and later the voice of the oppressed worldwide. It was no surprise that he was invited to play on the April 17, 1980, Zimbabwe Independence festivities, a concert for which he personally paid all the costs of attending. Marley, in playing the Zimbabwe concert gave Jamaica its loudest voice and a permanent and prominent face in the culminating struggle against oppression and racial discrimination in this Southern African State.

In 1981, Marley was awarded Jamaica’s third highest honor, the Order of Merit, for his outstanding contribution to Jamaican culture. Forty years later, his contribution to the country has multiplied exponentially.  Across the world, Marley is celebrated as a Prophet, while Jamaicans revere his work but criticize his Rastafarian lifestyle, replete with his ganja smoking and the multiple women with whom he had sired children. Ironically, ganja today has been legalized (as it should always have been), and in respect of his womanizing, none of his children (his seeds) have been allowed to sit on a sidewalk and beg bread. I say this to say that none of us as Jamaicans are without sin and in that regard, Robert Nesta Marley is one of us, warts, and all. No other Jamaican comes remotely close in terms of their local or global reach and impact. Of the seven current National Heroes, none (including Marcus Mosiah Garvey) has the current and lasting social and economic impact. Robert Nesta Marley provides the ethos of the Jamaican “can-do” spirit. He exemplifies the realizable potential of every single Jamaican who is willing to put in the necessary work.

To the powers that be, I say that the time has come to make the Honorable Robert Nesta Marley the country’s eight National Hero.