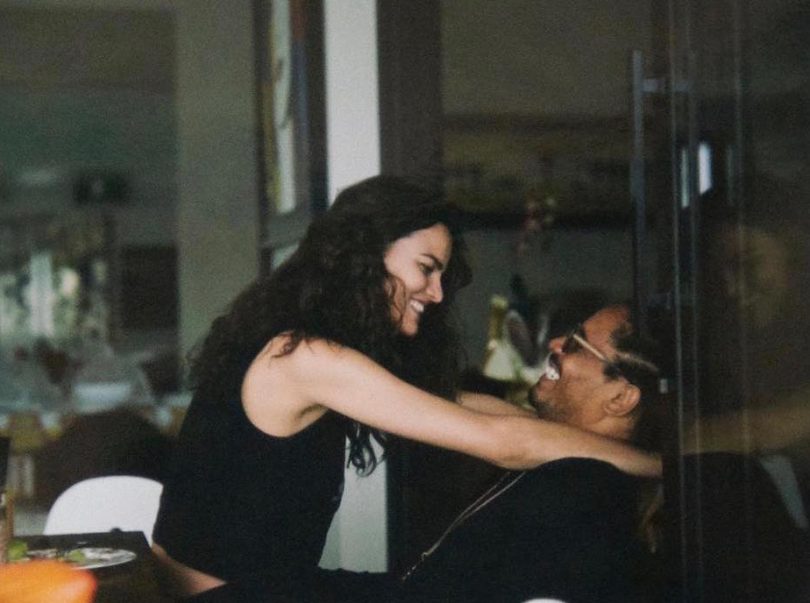 Rohan Marley, the son of iconic reggae star Bob Marley, and his new wife Barbara Fialho are expecting their first child. Marley, 46, is a Jamaican businessman, and Fialho, 31, is a model. They announced the impending birth of a baby girl late in April 2019. The couple was married in March in Montes Claros, Minas Gerais, Brazil. Fialho is from Brazil. They plan to name their new daughter “Maria.”

In the Instagram video announcement, Fialho is seen singing to her unborn child accompanied by six female back-up singers. The video’s caption stated. “My first gift for my daughter Maria Fialho Marley. May God make you always happy.” The video was reposted by Marley on his social media page, and there, Fialho expressed her thanks to him for making her a mother and that he had her “whole heart.”

Before making the announcement of her pregnancy, Fialho told Vogue magazine that she wanted to have two children; but she also said that Marley wanted many more. She described how the couple met as well and explained how Marley is her best friend as well as her lover. Everything happened very quickly, she said, noting that her husband is a very cheerful and humble person, Spending time with him is fun, she said and “always very productive.” It has been reported that the couple had been in a relationship for some four years before marrying.

Their new daughter will be the first child for Fialho and the eighth for Marley. He has two children from his marriage to Geraldine Khawly, one of whom is Nico Marley, an American football player. After divorcing Khawly in 1996, Marley had a relationship with the singer Lauryn Hill from 1996 to 2009. They share five children. Marley has also been linked to Isabell Fontana, a Brazilian model; they split up in 2013. Before getting together with Marley, Fialho was linked to Lenny Kravitz.