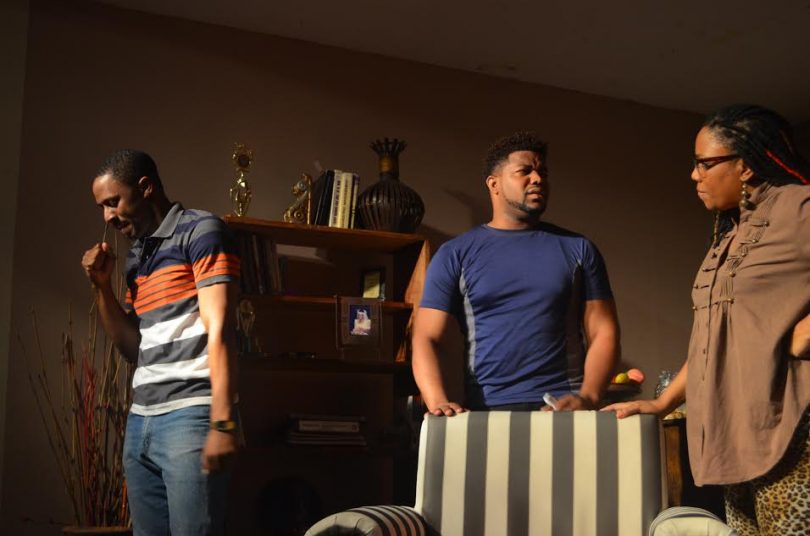 This freshly-minted production by Suzanne Beadle (Dreamgirls, Jonkunnu Jamboree, Thicker Than Water;The Trial of Governor Eyre) is centred on forgiveness and the road to redemption, so it is only fitting that the theatrical presentation, which is Beadle’s commercial theatre debut, be given a second chance. Members of the public will be given a second chance to see this family drama as it begins it second stint in the Blue Room at the Pheonix Theatre in New Kingston,

“70 x 7: The Real Truth” follows the journey of a Jamaican family towards forgiveness. When the Morgan family finds itself face to face with an unlikely villain, each member has to dig deep to forgive him, each other and themselves. It is written by Suzanne Beadle, directed by Mike Daley and stars Suzanne Beadle, Stephen-Rhae Johnson, Renae Williams, Kaleb D’Aguilar, Brian Maloney and Clayton McEwan.

“After almost 20 years of training, developing, guiding and mentoring young thespians, I feel it is time to share my he(ART) and Soul. For me this is ministry. I want to do what I believe I am being called to do now in my life, share God’s message and to be able to be sustained by it.”  Says an excited but still nervous Suzanne Beadle.

On her own, she is an Actor Boy nominated director, producer, actress, singer and playwright and has also had her fair share of acting, playing roles in and most recently in. She has taken her craft to the next level and stands proud as one of few female directors and playwrights making moves in the local theatre fraternity.

“70×7: the Real Truth” debuted last weekend in the Blue Room at the Phoenix Theatre and will run from Wednesday, April 26 to Sunday, May 14, with two shows on Saturday and Sunday at 5 p.m. and 8 p.m.  Tickets are available at the door, but persons are encouraged to reserve their ticket by calling (876) 430-3780.