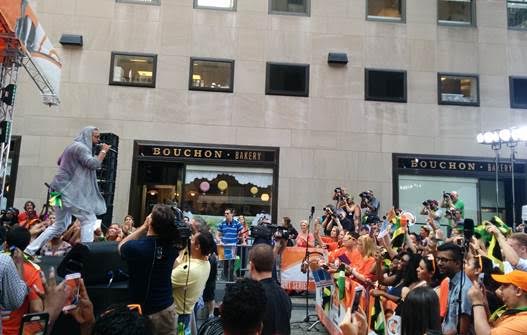 Yesterday, Grammy-winning Jamaican recording artist Shaggy performed live on NBC’s TODAY Show at the latest installment of the Toyota Concert Series at Rockefeller Plaza. Sponsored by the Jamaica Tourist Board (JTB), fans and supporters created a sea of Jamaican flags as Shaggy opened up the stage with his newest single “I Need Your Love,” followed by a variety of his classic hits including, “It Wasn’t Me,” “Mr. Boombastic,” and “Angel.”

Shaggy’s new album, “Out of Many, One Music,” earned him a 2015 Grammy Award nomination for Best Reggae Album and the music video for “I Need Your Love” has garnered more than 50 million views on YouTube.