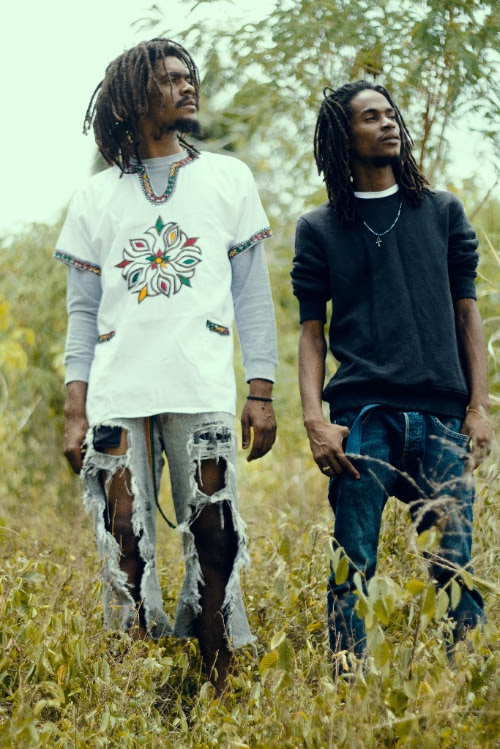 Silkki Wonda and Eesah are two rising artists out of the “Zincfence Family” pool of talent. A collective of producers and singer songwriters, the “family”, is an extension of the “Zincfence” brand popularly associated with renowned reggae artist Chronixx, and trendsetting producer & DJ known as Teflon. This tight knit group of friends have supported and worked cohesively to influence a stream of contemporary reggae music, noted most recently as the “Reggae Revival” in the prestigious publication, Vouge Magazine.

During the upcoming “Wickie Wackie Festival”, taking place at Bull Bay Beach near Kingston, Jamaica, the two artists best known locally as Shaydz and Jahkime will be debuting as their individual artists monikers, but also as a duo, as they announce their latest collaborative project entitled “Lords of the Land”.  The two will perform a couple of tracks directly from this project that will be officially released in early 2016. Silkki Wonda and Eesah, have also been confirmed to perform on December 12th, 2015 during reggae artist Dre Island’s 1st show in Kingston performing with his live band, Jah Kingdom Warriors.

Lords of the Land is a six-track multi genre musical journey infused with roots reggae, hip-hop, dancehall, R&B, and electronic works equipped with mini movie style “double” music videos. The cinematic visuals are currently in postproduction to be released accordingly in support of the EP. The first song off the project was released in August of 2015, entitled “Black Marcus”. This song is a tribute to the story of Marcus Garvey, the first Jamaican National Hero. The artists sing out “You’re special, you’re special, you have your vision and your dream and a Black people side you deh pon.” With the movement of voicing songs for purpose of enlightenment and the evolution of reggae music fusing new eclectic sounds, Silkki Wonda and Eesah are the two new artists to watch for 2016.