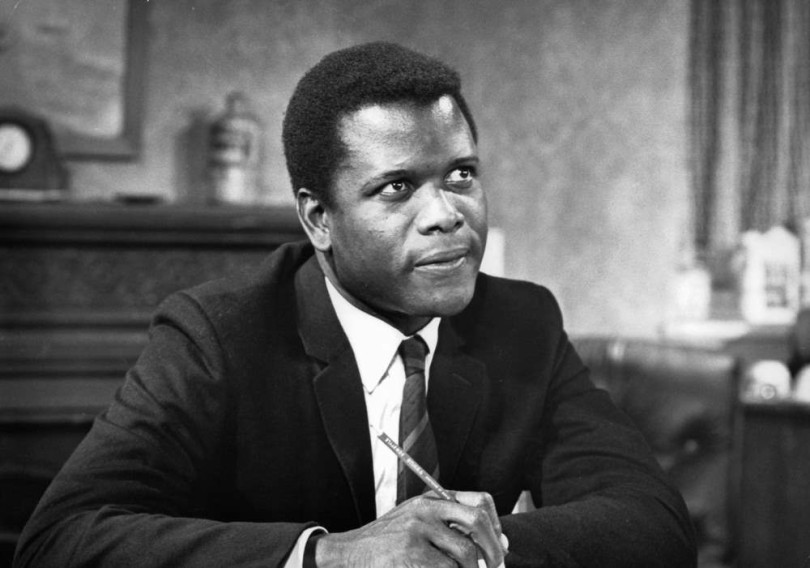 Bahamian-American actor, Sir Sidney Poitier received his title after being knighted in 1974 by Queen Elizabeth II. He has won numerous and varied awards throughout his career. He is most notably the first African American, in 1964, to win an Academy Award for Best Actor. His winning role in “Lilies of the Field”, was that of an independent, strong, black, male character, most unusual in the early era of Hollywood.

Sidney grew up on a farm on one of the lesser islands of the Bahamas with no electricity or running water. He was born two months prematurely in Miami during one of his parents’ frequent visits there to sell tomatoes. His father sent him back to Miami as a teenager for a better chance in life. However, he moved to New York City on his own, penniless, and worked odd jobs to get by. After a brief stint in the army, Sidney worked as a Janitor in exchange for acting classes and a chance to perform with the American Negro Theater. Though he was not instantly successful, his hard work and dedication garnered increasing roles on stage, and eventually film.

Sir Poitier was well known for choosing his roles to reflect dignity, grace and humanity. His integrity was reflected in ground breaking roles that challenged racial taboos. His career is highlighted by landmark films including “Guess Who’s Coming To Dinner” and “To Sir With Love”. He later directed, produced and acted in iconic films with Bill Cosby and Harry Belafonte in the 70s including “Uptown Saturday Night” and “Let’s Do It Again” and directed Richard Pryor in “Stir Crazy” in 1980.

Sir Sidney Poitier maintained dual citizenship and served as the Bahamas’ Ambassador to Japan from 1997 to 2007, and to UNESCO from 2002 to 2007. He has since received the Lincoln Medal and America’s highest civilian honor, the Presidential Medal of Freedom.

Source: Wikipedia – Contributed by the Institute of Caribbean Studies