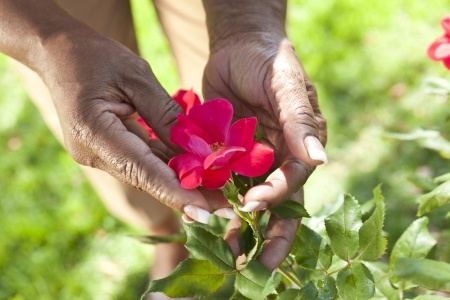 Viola Moss Brown, who still lives in the house in Duanvale, Trelawny, where she was born in 1900, was congratulated by Britain’s Queen Elizabeth II for attaining the age of 115 years. Brown has been confirmed as the oldest person in Jamaica by the Gerontology Research Group (GRG), which is based in the United States. Her age also makes Jamaica the smallest country to produce an individual of so many years, and she has the world’s oldest living child. Her first-born son, Harold Fairweather, will turn 95 in April 2016. Brown, who is known as “Aunt V,” is the sixth oldest person in the world, just two years younger than Misao Okawa of Japan, who was born in 1898. Patrick Atkinson, Member of Parliament for North Trelawny, believes her longevity is the result of “God’s blessing,” and Garth Wilkinson, mayor of Falmouth, noted that she kept all the records of those buried in Duanvale Cemetery as her husband had been a keeper there; the parish council is grateful for this record-keeping, which is lacking in other Jamaican cemeteries. Brown can walk with help and reads without glasses. She attributes her long life to eating coconut sauce, or “run down.” According to Brown’s granddaughter, Lelieth Palmer, the family plans to establish a foundation in her honor.

Correction: We have learned that Violet Brown is actually the 3rd oldest living person (not 6th)  in the world at 116 years of age.