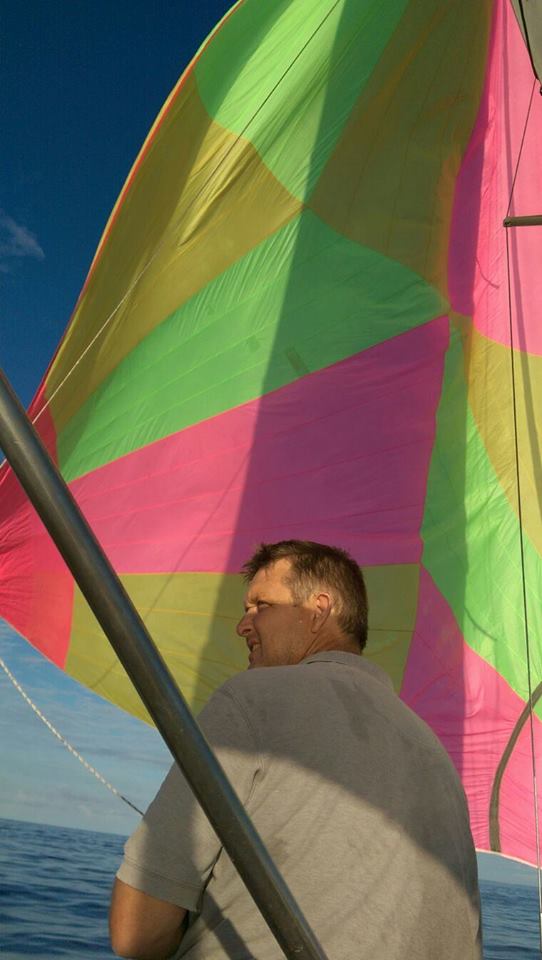 At 8:30PM on Saturday, January 23, the sailboat Skedaddle, with skipper by Peter Harper, was leading the fleet of sailboats racing around the West end of Jamaica, seeking to be the first winners of the Round Jamaica Yacht Race. Trailing at Hopewell, Hanover were Breakaway with skipper Mark Shields, and very close by in third place was Maniac with Paul Worthington at the helm.

Pulling along Orange Bay, Westmoreland was Fullastyle with skipper Rupert Bent 111 and watch captain Ricardo Fuller, and close by in Negril was the Jamaican built Perseverance with PB Scott and Scott Clarke.

Harry Hirsche, which was showing promise in the early hours of the race, has turned back and at 8:30 was at Portland Cottage, Clarendon, all crew accounted for.

Skedaddle seems to be using its trimaran hull and the current cold front weather to best effect as it was consistently clocking 13 Km/hr between Lucea around twilight, and offshore Montego Bay at 8:30PM.

Six boats crossed the starting line at the signal of the official starter, Governor General Patrick Allen, in Kingston Harbour for the Round Jamaica Yacht Race, at 10:3AM on Friday, January 22. The race is an event of the Royal Jamaica Yacht Club, and one that many hope will become a staple on the island’s sporting calendar in the future. The captains all chose to chart a westerly course, aiming to complete a journey of about 400 miles, and be back in Kingston Harbour on Monday, January 25.

Of the nearly 40 crew members in the race, six are women, and four out of the six boats that started had at least one female crew member on board.

The race can be followed at http://hiddentec.com/boatrace/ or on Facebook: Round Jamaica Yacht Race