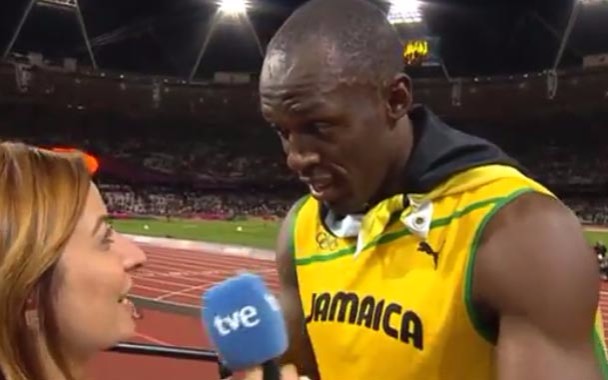 In 2012, right after he had won his second consecutive 100-meter Olympic gold medal, Jamaica’s sprint champion Usain Bolt interrupted a live interview with a Mexican reporter from the Spanish-language network Television Espanola when he heard the national anthem of the United States playing in the background. Upon hearing the anthem, Bolt stopped the interview and turned to face the American flag, explaining to the interview, “the anthem is playing.” His action received considerable respect and praise from the public. In 2016, Colin Kaepernick, the quarterback for the San Francisco 49ers, did not stand up when the national anthem played at each of the team’s three pre-season games to protest the way people of color are treated in the U.S. And ignited a social media storm. According to Kapernick, he will “continue to stand with the people that are being oppressed. To me this is something that has to change. When there’s significant change and I feel like that flag represents what it’s supposed to represent, this country is representing people the way that it’s supposed to, I’ll stand.” Kaprnick’s protest caused considerable comment among users of social media, some of whom noted the difference between how Kaepernick, an American, behaved during the playing of his country’s national anthem, and the actions of Usain Bolt of Jamaica, who made a point of respecting the anthem during his live interview. A video of Bolt’s action was posted by Brett Allan, who commented, “Dear Collin Kapernick, meet Usain Bolt, standing for an anthem that isn’t even his…out of respect.” Valerie Pritchet Thompson posted the video, saying, “Dear Collin Kapernick, You are a good athlete . Your political statements need work.” Kaepernick said his decision to protest was not something he did on the spur of the moment, but had been coming for years as he witnessed and acknowledged being a part of racial oppression in the U.S.