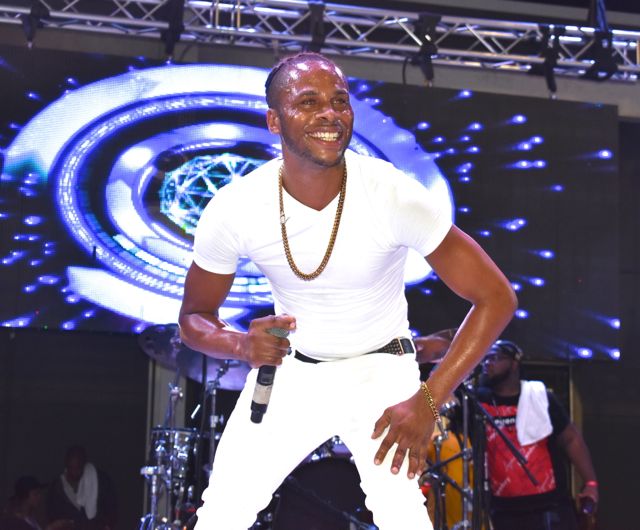 The 2019 installment of the Broward Reggae Festival took place at the Miramar Regional Park Amphitheater in South Florida.  Originally slated for September 1st, the Festival had to be rescheduled to October 6th due to Hurricane Dorian.  The line-up of the show was definitely top quality, as the likes of Dexta Daps, Richie Spice, Ding Dong & Ravers Clavers, Da’Ville, Zeke Don, Army Gideon, and Jay-A were on the bill.

MCs Yvette Marshall and Lance-O got things going smoothly, as large sections of the crowd trickled in while swaying to the pulsating vibes of reggae and dancehall music courtesy of the Djs on hand who selected a mixed bag of fine selections.  The event then launched off in earnest courtesy of Zeke Don, whose stage performance was very lively and energetic with a lot of up close and personal interaction with audience.  As it happened, Zeke Don hopped off the stage and stood up on the railing in front of the stage to sing a few of his tunes–much to the delight of the crowd that engulfed him.  And just before Zeke, Jamaican selector extraordinaire, Foota Hype, presented a pair of his up and coming artists, Jay-A and Lockit who amped up the audience with a great performance. 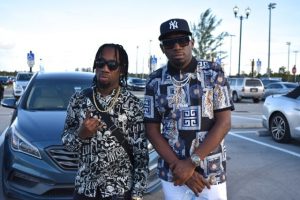 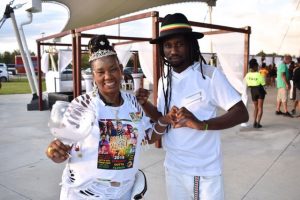 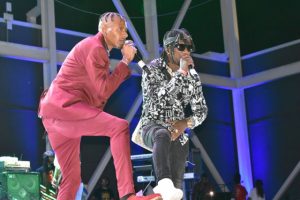 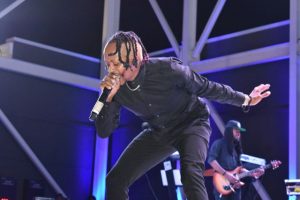 Reggae lover’s rock singer, Da’Ville, delivered a fantastic set of his own, as he unleashed a slew of hits from his catalog, including ‘This Time’, ‘Can’t Get Over You’, and ‘Always on My Mind’.  Da’Ville, clad in military style fatigue pants, a black sleeveless shirt, complimented by a hat and dark glasses, was well received in that he interacted very well with the audience while delivering his biggest hits. 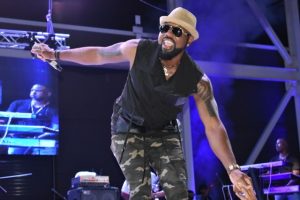 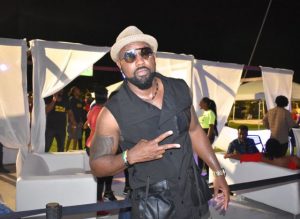 Da’Ville was followed by Rastafarian singer, Richie Spice, who gladly took the packed Amphitheater down memory lane in chanting out tunes like, ‘Earth a Run Red’, ‘Ghetto Girl’, ‘Black Like Tar’, ‘The Plane Land’, ‘Brown Skin’, and ‘Youths Dem Cold’.  Following Richie Spice, intermittent rain which was a bit heavy at times presented challenges to show scheduling.  After a delay to due rain, the Lady’s Man, Dexta Daps, hailing from the Seaview section of West Kingston in Jamaica, took to the stage and wasted no time in reeling off hit after hit.  However, when Dexta was halfway through his much popular street anthem, ‘Shabba Madda Pot’, he was cut off by members of Miramar’s law enforcement contingent on hand.  This was due to too many people congregating on the stage, and they had to be cleared off which caused a delay of 30 minutes or so.  Thereafter, by the time Dexta Daps restarted his set there were only about 20 minutes left until 11pm which was when the show had to come to a hard stop according to the schedule.  Unfortunately, there was not enough time for Ding Dong and his Ravers Clavers dancing crew to strut their stuff and show off their latest dance moves for the audience to watch and enjoy.  Nonetheless, Broward Reggae Festival 2019 was a good outing for all who attended despite the rain interruption and other pauses. 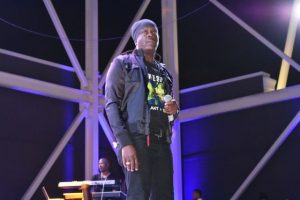 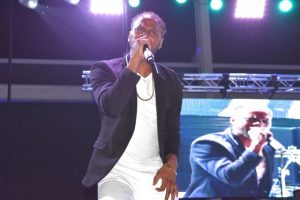 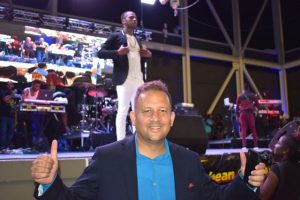 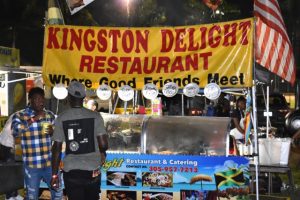