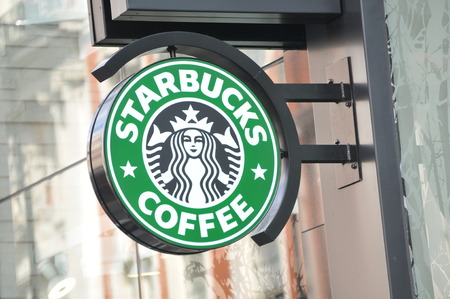 With the opening of its first outlet in Jamaica, Starbucks is now doing business in 76 markets around the world. This represents a historic marker for the coffee firm’s Caribbean operations and its legacy of sourcing the best coffee from the region for the past 40-plus years. The new Starbucks store can be found on what is known as the “Hip Strip” at Doctor’s Cave Beach in Montego Bay. The café offers its customers a relaxing venue in which to meet and unwind in one of Jamaica’s most iconic locations.

The Montego Bay Starbucks features original artwork by Fiona Godfrey, a local artist, which honors the island’s history and its coffee heritage. A wide variety of Starbucks beverages and food ia available, including the company’s signature hot and cold espresso drinks made with 100-percent Arabica bean coffee.

The company is also offering Starbucks Reserve® Jamaica Blue Mountain whole bean coffee to mark the historic opening. This coffee has been a favorite of the chain’s customers in the United States and Canada. Ricardo Rico, the general manager of Starbucks and its vice president for Latin America and the Caribbean, noted that the firm has worked with Jamaica’s coffee growers for decades and is honored to have the chance to work with Caribbean Coffee Baristas, its local business partner. Rico went on to say that the Jamaican opening allows the company to build on its more than 40 years of international experience.

Caribbean Coffee Baristas Limited operates the Starbucks stores in Jamaica. This is a joint venture of Ian Dear, CEO of Margaritaville Caribbean Group, and Adam Stewart, deputy chairman and CEO of Sandals Resorts International. They plan to open as many as 15 Starbucks locations in Jamaica in the next three years. An outlet is planned for Kingston in 2018.